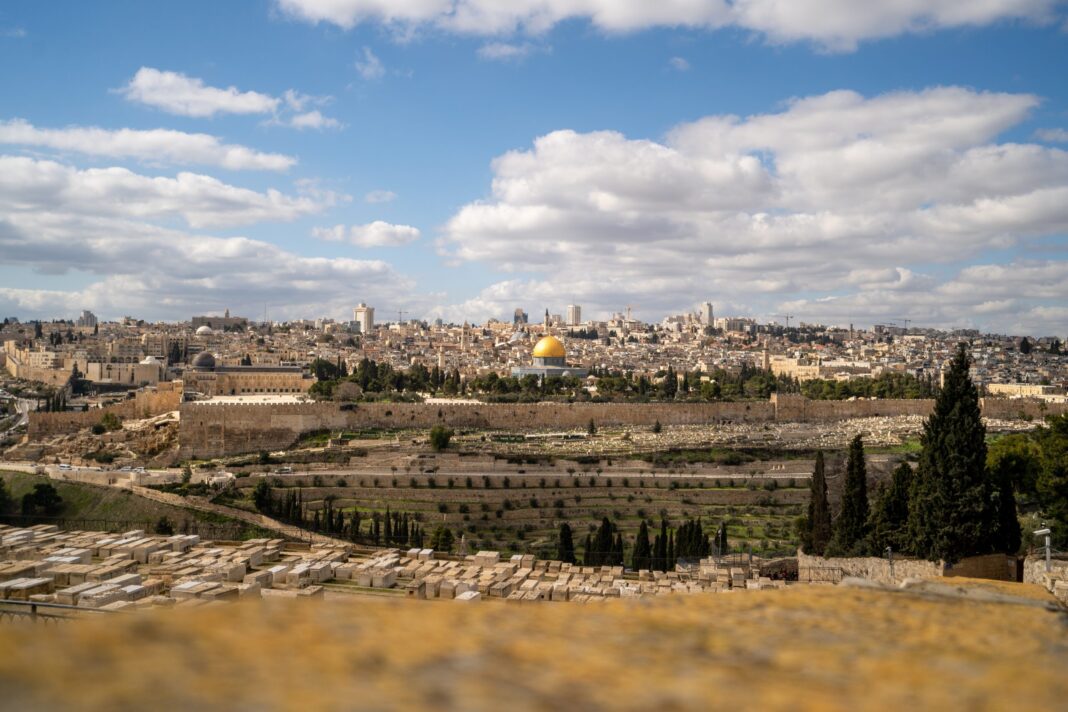 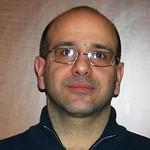 Just days after taking office (the oath of office took place on 29 December), the new Israeli government already appears to embody the worst nightmares of the liberal part of the country, further dividing a social divide that has few precedents in the history of the state. The coalition agreement – more or less explicit – that binds Benjamin Netanyahu’s Likud, Shas (Sephardic religious party), Judaism United in Torah (a synthesis of the Lithuanians of Degel HaTorah and the Polish chassidim of Agudat Israel) and the Religious Zionist Party (Otzma yehudit and Noam) looks like a mixture of Orbanism and Saudi Arabia.

It starts with a series of laws that, if passed, would expand the powers of the executive by undermining the principle of separation of powers, according to the model established by the Hungarian Prime Minister in recent years. The measures in question range from the possibility of overturning Supreme Court rulings with a simple majority in parliament, to the proposal to abolish the representation of the bar association in the committee for the selection of judges by appointing in their place two lawyers chosen by the Minister of Justice, passing through a reform of the legal system that would allow the Minister of Justice a free hand to invalidate Supreme Court rulings. In addition, the government agreement reached on 20 December provided for the immediate approval of four laws designed ad hoc to satisfy the wishes of the coalition partners.

On 27 December, after a torrid session that lasted all night, the so-called ‘Deri Law’, named after the leader of Shas Aryeh Deri, who is its direct beneficiary, was approved with 63 votes in favour and 55 against (remember that Netanyahu’s majority is 64 seats). The measure allows the MP to become a minister despite a conviction for tax fraud; he was eventually appointed Minister of the Interior and Health. The second law is called the ‘Smotrich Law’ because, by opening up the possibility of ministerial positions within a ministry, it allowed the Chairman of the Religious Zionist Party and newly appointed Minister of Finance Bezalel Smotrich, known for his supremacist and anti-Arab positions, to seize authority over civil affairs in the West Bank within the Ministry of Defence.

A flurry of new laws

The third law prevents four members of the Knesset from forming an autonomous group. It is supposed to provide the government with greater stability. The last measure, passed, once again after a night session, on 28 December, gives the newly appointed Minister of National Security, Itamar Ben-Gvir, already distinguished for his pro-Kahanist sympathies and a star in the recent election campaign, the power to set the parameters of police action, which for the first time is directly coordinated by a government. The Movement for Quality Government in Israel filed an appeal against the law minutes after its approval, declaring it ‘a serious threat to the basic principles of a democracy, such as the principle of equality before the law and the independence of the police’.

There is, then, the ‘Saudi’ side of the issue, first of all starting with the reinforcement of the religious (i.e. Jewish) character of the state. In sequence: although not making explicit whether it is part of the government agreement, the incoming PM declared himself in favour of Otzma yehudit’s proposal to shift the competencies of Area C of the West Bank, now under the control of Tsahal (Israeli Defence Forces), from the army to the government. Should this be done, it has already been declared by members of the Religious Zionist Party that all Palestinian flags would be banned in public offices. A de facto annexation. Again, the coalition parties call for legalising an imprecise number of illegal settlements in Samaria within sixty days of the executive’s inauguration, guaranteeing them connection to the electricity grid and other utilities. They also call for “stabilising” the condition of fifty families who illegally moved to the Evyatar hills, allowing them to build a yeshivà (rabbinical school), which would sanction their permanent presence. The second change would concern the Law of Return, which favours Jewish immigration to the state. At present, those who have a Jewish grandfather can benefit from it, as long as they have not observed other religions. This is a historical clause, based on the Nazi definition, which considered anyone who had a grandfather of the Jewish religion to be a Jew. It was accepted as an act of responsibility towards all Jews persecuted by Hitler’s regime. The religious parties in government are calling for it to be abolished, in order to make the Jewish core of the nation more homogenous.

Secularists and liberals in the crosshairs

As if all this were not divisive enough, the week leading up to the swearing-in was punctuated by a series of statements that seemed like an eyesore to the country’s secular and liberal component. Prominent among them were the words of MP Orit Strock, who called for the freedom for doctors not to provide treatment to LGBTQ+ people if it contradicted their conscience. Statements, which add to the proscription lists with the names of journalists who would engage in ‘rainbow’ propaganda announced by Avi Moaz (Noam) and which, above all, follow the bill called ‘Motti Steinmetz Law’, named after the Charedì (ultra-Orthodox) singer who refused to allow LGBTQ+ people to attend his public concert. An event sanctioned, you guessed it, by the Supreme Court in 2019.

Now, it escapes no one that this succession of demands, agreements, and declarations that, if implemented, would forever change the soul of the country by breaking the balance between ethical and universal principles and particular identity sought by classical Zionism and written in clear letters in the Declaration of Independence, is only being indulged in by virtue of the pact with the devil signed by Netanyahu to save himself from the trials in which he is accused. One wonders, however, how he will extricate himself from this vice that sees him caught between the anvil of the religious parties and the hammer of the domestic and international opposition. On this front he already has to counter the daily onslaught of the opposition led by Yair Lapid (of course), the mainstream press and half the country. In Haifa, the country’s main mixed city, demonstrations have already begun. Even worse, however, is to offer guarantees on the international positioning of the state.

How will it be able to reconcile the Abrahamic Agreements, which, Iran having gone into the Russian orbit, the White House considers the only instrument to stabilise that Middle East from which the USA would like to flee to concentrate on the Indo-Pacific, with the racist, supremacist and anti-Arab rhetoric of many protagonists of its government? The chronicles speak of a furious Biden. Let us not mention the expansion of the colonies, on which France has already made its voice heard. Bibi keeps repeating that he has his hands firmly on the wheel, but the fact that the problem is well perceived is demonstrated by the series of interviews he has given in the last two weeks: zero to the Israeli media (he has no one to convince, for the moment), an interminable sequence to the US and even Saudi media.

In order to prove himself independent and not cornered, Bibi has already gone on the counter-attack. In addition to reassuring messages on Twitter, his main tool for communicating with the outside world, he has made a concrete move, appointing Amir Ohana, an openly gay Likud MP, Speaker of the Knesset. The MPs of the Religious Zionist Party have obtained that Ohana will not preside over parliamentary work on LGBT+ issues. No matter how much effort Bibi may make, no matter how many signals he may send to the outside world, no matter how much some of his anti-magistrates’ and Supreme Court interests may coincide with those of his allies determined to minimise the secular component of the State, the basic contradiction remains, which is the real specificity of the Israeli scenario with respect to the global crisis of the democratic model: its processes. Without the office of prime minister, Netanyahu is exposed to the investigations of the judiciary in a country, it should be remembered, where prime ministers go to jail, see Olmert.

The question at this point is only one: will Bibi take the country with him into the abyss, or will he, long since prey to a paranoid syndrome, consent to the investigation of justice against him and his wife Sara? Certainly the empty rhetoric sprinkled at his inauguration speech will not suffice for one of the most Machiavellian politicians of our time: “I hear the recurrent complaints,” Netanyahu declared, “about the ‘end of the state’, the ‘end of democracy’. Members of the opposition, losing in elections is not the end of democracy, it is the essence of democracy. A democratic regime is tested first and foremost by the willingness of the losing side to accept the decision of the majority. In an orderly democracy, the rules of the game are respected’.

Even more clumsy is the attempt to hijack everything onto Iran, the containment of which the PM has indicated as point one of his government action. From what a pulpit, one might say, given that it is precisely his policies that put his fingers in the eyes of his new Arab allies. More relevant, however, is the passage in which, without getting too upset about the uproar in parliament, he says with enviable candour: ‘I don’t need to hear your screams to know that there are differences of opinion between us, but there is a broad consensus between us on most of the challenges we face, though certainly not on all of them. Those who have ears to hear hear hear.

*: Davide Assael is the President of the Italian Associazione Lech Lechà

Cover image: a view of Jerusalem by Dariusz Kanclerz