Home World Near East Lebanon, the death of a country 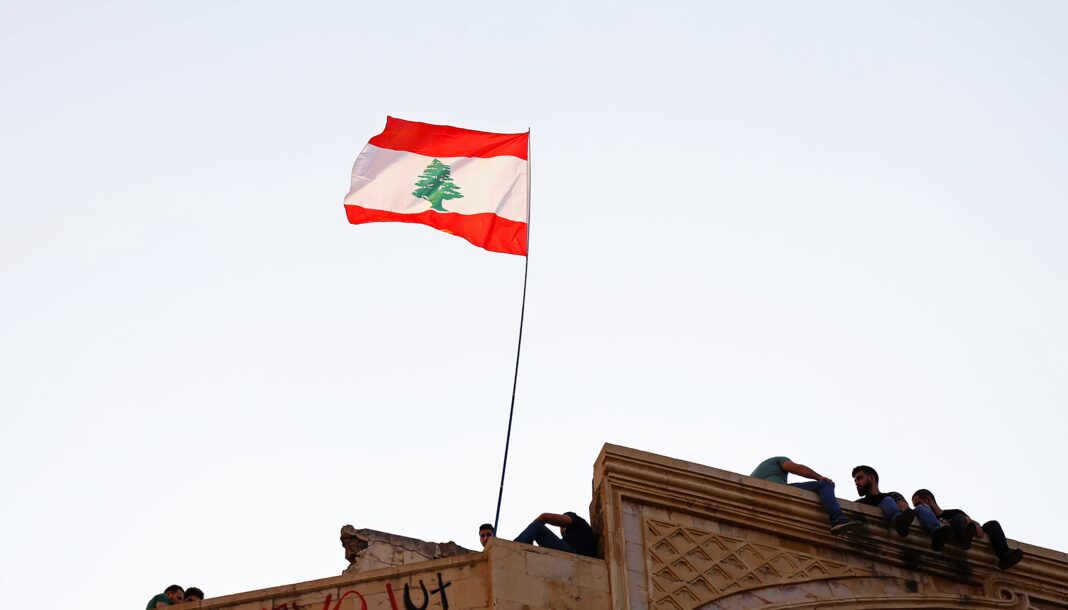 Last month, Lebanese President Michel Aoun left office, after his term expired, without a designated successor in place. Power vacuums are not uncommon in Lebanon. Aoun’s own election in 2016 ended a 29-month vacancy in the presidency. Since gaining independence in 1943, Lebanon has had six periods in which the chronically divided parliament could not agree on a new president. The inability to select a leader results in a political impasse, with a caretaker government that can’t approve new legislation and a Cabinet whose mandate has expired. Meanwhile, the country is facing its worst economic crisis ever, due largely to Lebanese politicians’ ineptitude and preoccupation with their own political status and wealth accumulation. Their selfishness has brought the country to the brink of collapse.

The government’s economic mismanagement has been long-standing. Rafik Hariri’s monopoly on economic decision-making when he was prime minister in 1992-98 led the annual deficit to skyrocket to about 50 percent. When he returned to office from 2000 to 2004 to lead a broad coalition government, the deficit fell to 32 percent, still a staggering figure. The government has also regularly issued treasury bonds since 1992 to finance the country’s reconstruction after its 15-year civil war.

The Lebanese banking sector has been running what some might call a Ponzi scheme. By law, all banks operating in Lebanon must keep most of their liquid assets with the central bank. However, the central bank mismanaged the country’s monetary policy and concealed data showing the extent of Lebanon’s impending financial collapse. Banks were thus able to attract new depositors by offering high interest rates – which reached 9 percent on dollar deposits – and deliberately misinforming people about the risks to their savings. The central bank issued local banks with large profits – which they transferred outside the country – squandering people’s savings by artificially pegging the lira to the dollar and filling the gap in the budget.

Deposits, mainly from individual depositors, in Lebanese banks reached $172 billion in 2014, equivalent to more than 370 percent of the country’s gross domestic product. In 2018, the central bank’s liquid assets dropped to $43 billion, and they plummeted to $20 billion in the first quarter of 2020. Its reserves fell from about $60 billion in 2005 to less than $10 billion this year. For the first time since independence, Lebanon defaulted on its foreign debt – a $1.2 billion Eurobond – a few months after the 2019 uprising over a 20-cent WhatsApp tax. A few months ago, the deputy prime minister announced the country’s bankruptcy, indicating that the losses, believed to be more than $100 billion, would be shared by the central bank, the broader banking sector and depositors. He added that Lebanese officials hoped to reach an agreement with the International Monetary Fund, where negotiations focused on restructuring the banking sector, formulating a balanced fiscal policy, rebuilding the collapsed electricity network, reforming the bloated bureaucracy and tackling hyperinflation, which stood at 3,000 percent.

Since the beginning of Lebanon’s civil war in 1975, the state has been gradually abandoning its duties to the people, starting with the rationing of electricity and culminating a few months ago in a complete blackout due to a lack of diesel to operate power plants. The fuel crisis, precipitated by a 95 percent decline in the value of the lira, played a key role in the rapid deterioration of water supplies and sewage networks. Since July 2021, UNICEF has issued warnings about water shortages and the health hazards they pose, especially for the most vulnerable socio-economic groups, which comprise at least 90 percent of the population. The Water Utility Authority recently told residents in many parts of the country to make arrangements to procure water on their own because it cannot operate its pumps – but it reminded them to wash their hands frequently because of the cholera outbreak in the country.

The financial meltdown drained the resources of many sectors, including health care, engineering, academics and education. It severely impacted medical facilities and caused drug shortages, especially for chronic diseases. Critical drugs are hard to find, and those that are available are unaffordable for the vast majority of people who need them.

Individuals are now trying to make up for the deficiencies of the state. Young people volunteer to do the work of ministries, municipalities, unions and government institutions. They organize tourist events and festivals, distribute medicines and collect aid, so much so that they can pave roads and install solar panels. People have learned not to depend on the state and manage the necessities of life on their own.

The financial collapse has been presided over by a dysfunctional political system. In 2019, Prime Minister Saad Hariri resigned following nationwide protests. When his successor, Hassan Diab, also resigned in 2021 after the Beirut Port explosion, parliament charged Hariri with forming a new Cabinet. He clashed with President Michel Aoun over ministerial appointments to critical portfolios, such as defense, the treasury, interior and foreign affairs. After eight months of unsuccessful attempts to form a government, Hariri resigned again and was replaced by Najib Mikati, who oversaw the general elections last May. Aoun designated him to form the post-election Cabinet after binding parliamentary consultations, but five months later, Mikati has yet to name any appointments, again because of disagreements with Aoun, who wanted to nominate all Christian Cabinet members.

In 1988, when former President Amin Gemayel’s term ended without agreement on a successor, he appointed a military government led by Aoun, who was then the army commander, to ensure that the prerogatives of the president wouldn’t be taken over by another significant sect. Prior to his departure last month, Aoun signed an unprecedented decree accepting the resignation of the caretaker government. The decree sought to encourage the Free Patriotic Movement – led by Aoun’s son-in-law, whose presidential hopes were dashed by widespread opposition – to obstruct the caretaker government’s attempts to claim the president’s powers. Aoun wanted to reassure Maronite Christians that his exit would not increase the powers of the Sunni prime minister. Mikati described the decree as lacking constitutional value and promised that the government would continue to perform its constitutional duties.

Despite the international community’s willingness to help, Lebanese politicians have refused to heed its advice. After meeting with Lebanese officials, a U.N. envoy determined they lacked motivation to tackle the country’s financial problems, which have decimated its once vibrant middle class. He said the officials displayed no sense of responsibility or even empathy for the plight of the people.

Parliament Speaker Nabih Berri encouraged all parliamentary blocs to engage in dialogue to select a new president. His efforts were not received well by the major blocs, which argued that experience had taught them that dialogue is futile because Lebanese presidents are actually chosen by foreign actors. Instead of cooperating to reach a consensus, rival political factions often clash on key issues. Local players know that the country’s big political decisions, including appointment of the president, are made outside Lebanon.

When Aoun assumed the presidency in 2014, he said he had made a covenant to ensure the welfare of the Lebanese people. His mission, he asserted, was to safeguard personal liberties and freedom of expression, and to stimulate the economy. Upon leaving office, however, he addressed his supporters by disparaging all state institutions and holding them responsible for the country’s political and economic crises. He accused them of impoverishing Lebanon and expressed the need for extraordinary efforts to root out corruption. This is part of Aoun’s attempt to avenge his failure to usher in his son-in-law, former Energy Minister Jibran Bassil, as his successor.

Lebanon’s recovery from this crisis seems nearly impossible today. The country is prone to political stagnation because of its complex power-sharing arrangement, and the level of corruption among the political elite is beyond redemption. (Aoun, for example, refused to appoint new judges because the list of candidates included more Muslims than Christians. He also insisted that the electricity portfolio remain in Bassil’s hands, even though his management of the sector proved catastrophic.) Lebanon’s future is bleak. With the deliberate prolongation of the economic crisis that began three years ago, it has seen the fastest collapse of any country on record. But its failure shouldn’t be surprising, considering it has been ruled since independence by a group of self-serving sectarian elites who misused its resources and dominated its politics. Successive governments hid the extent of the country’s financial failure. Now its people will pay the cost.

*Professor of Political Science and Department Chair at the American University of Beirut. He is the author of five books and more than 90 articles in refereed journals. He is currently working on a book on the political evolution of Hezbollah.