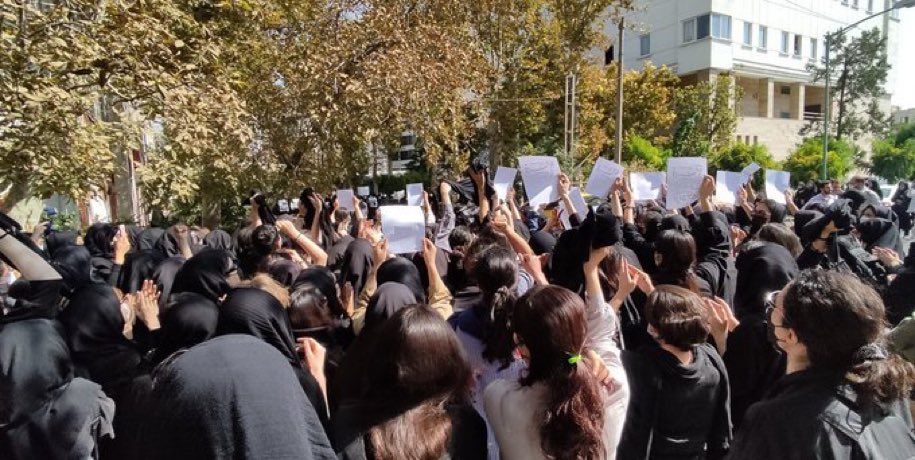 The wave of protests caused by the death of 22-year-old Kurdish-Iranian Mahsa Amini while she was detained by the morality police shows no sign of stopping. With the squares in turmoil, the repression has not wavered. Amnesty International claimed to have come into possession of documents issued by the top brass of the armed forces instructing all provincial commands to ‘deal severely’ with protesters.

In a first document, issued on 21 September, the Armed Forces Headquarters speaks of ‘dealing severely with anti-revolutionaries and those who create unrest’. Already that evening, the use of lethal force during the protests had caused dozens of deaths. In a second document, on 23 September, the commander of the armed forces of Mazandaran province ordered instead to ‘deal ruthlessly, even to the point of death, with any disorder caused by rioters and anti-revolutionaries’. The NGO collected the names of 52 people (including five women and at least five minors) killed by the Iranian security forces from 19 to 25 September, two thirds of them on 21 September. To date, the authorities have not released official data on deaths and arrests.

In a brief published on 30 September, the organisation went on to document the tactics of the Iranian authorities to crush the protests: “on the one hand, the use of Revolutionary Guards, paramilitary Basiji forces, the Public Order Maintenance Command, riot police and plainclothes officers; on the other, the use of lethal force and firearms with the aim of killing protesters and in the knowledge that their use could result in their deaths”. Amnesty International also collected evidence of torture of protesters and ordinary bystanders and sexual assaults on women in the square.

In an attempt to absolve themselves,” reads the note released by the NGO, “the Iranian authorities are promoting a false narrative about the victims, describing them as ‘dangerous’ and ‘violent’ and even going so far as to claim that they were killed by ‘insurgents’. The families of the victims are threatened in order to silence them or are promised compensation if they publicly claim, via video messages, that their loved ones were killed by “insurgents” in the pay of the “enemies” of the Islamic Republic of Iran’.

And indeed, the Iranian Ministry of Intelligence has presented a report according to which groups believed to be terrorists, internal as well as foreign, are stirring up the streets and procuring explosive material. According to the Irna agency, 49 members of the Mojahedin-e-Khalq Organisation (Mko) group, considered terrorist by Tehran, have been arrested and are allegedly following orders from members in Albania. The report states that ‘five terrorists’ were caught with 36 kg of explosive material. Among those arrested are also 77 militants of Kurdish groups and 92 people affiliated with the Pahlavi royal dynasty, which was ousted from the country after the Islamic Revolution in 1979. Tehran’s Foreign Ministry had announced on Friday that ‘nine foreign nationals from Germany, Poland, Italy, France, the Netherlands, Sweden and others were arrested during or behind the scene of the riots’.

The killing of Mahsa Amini sparked protests in Iran’s Kurdistan province and now involves 80 locations across Iran. Under the slogan ‘women, life, freedom’ (zan, zendeghi, azadi), many have marched and are marching without wearing the veil. According to the Italian Society of Female Historians, these are the most important demonstrations since the 1979 revolution, far more important than those of 2009 and 2019, because they started in the provinces and spread throughout the country, and because the demands for freedom of the bourgeoisie have joined the economic grievances of the popular classes. However, understanding what is happening in Iran is not easy: the authorities have immediately restricted access to the Internet and messaging. Dozens of demonstrations outside Iran in support of the protests have taken place, however, and an International Day of Action was celebrated yesterday. Several international celebrities and sports personalities also expressed solidarity.

The protests are also involving already deeply unstable areas such as Sistan Balochistan, a region bordering Afghanistan and Pakistan, and Khuzestan, an area very rich in oil. In Sistan Balochistan a low-intensity conflict has been going on since 2004 in the region between the Iranian security forces and the Belucian rebel movements considered by Iran as terrorist groups. In Ahwaz, the capital of Khuzestan in the southwest of the country, the Arab Struggle Movement for the Liberation of Ahwaz (Asmla) has been active since 1999. It is accused by the Iranians of receiving funds from Saudi Arabia and is responsible for assaults and attacks against the government in Tehran and the Shia theocracy. Branches of the Islamic State group are also active in the region.

*Cover image: students in front of Al Zahra University in Tehran on 1 October 2022, image from Twitter