By Ken Klippenstein – The Intercept_

Last month, as part of a regional tour, CIA Director William Burns quietly met with Saudi Crown Prince Mohammed bin Salman in Jeddah, a port city in western Saudi Arabia. The unusual meeting, first reported by the Wall Street Journal, is the first known encounter between the United States’ top spy and Saudi Arabia’s de facto ruler — and, according to three sources familiar with the matter, the latest attempt by high-ranking U.S. officials to appeal to Saudi Arabia on oil amid rising U.S. gas prices. Also on the table, two of the sources told The Intercept, were Saudi weapons purchases from China.

President Joe Biden has so far refused to meet with MBS, as he is known, owing to the crown prince’s role in ordering the murder of journalist Jamal Khashoggi. But in February, Biden made an effort to begin repairing the relationship with the kingdom, asking King Salman to increase the country’s oil production in return for U.S. military support for its “defense” against Yemen’s Houthis. According to a Saudi readout of the call, Biden was denied. Though Burns again asked for an oil production increase last month, Saudi Arabia announced last week that it would be sticking to its production plan, once more denying the U.S.’s request.

A spokesperson for the CIA declined to comment on Burns’s travels. The Intercept’s sources — a U.S. intelligence official, two sources with ties to the U.S. intelligence community, a source close to members of the Saudi royal family, and a think tank official — interviewed for this story spoke on the condition of anonymity to discuss sensitive matters.

Read the whole article at The Intercept_: 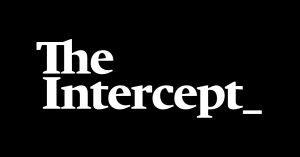