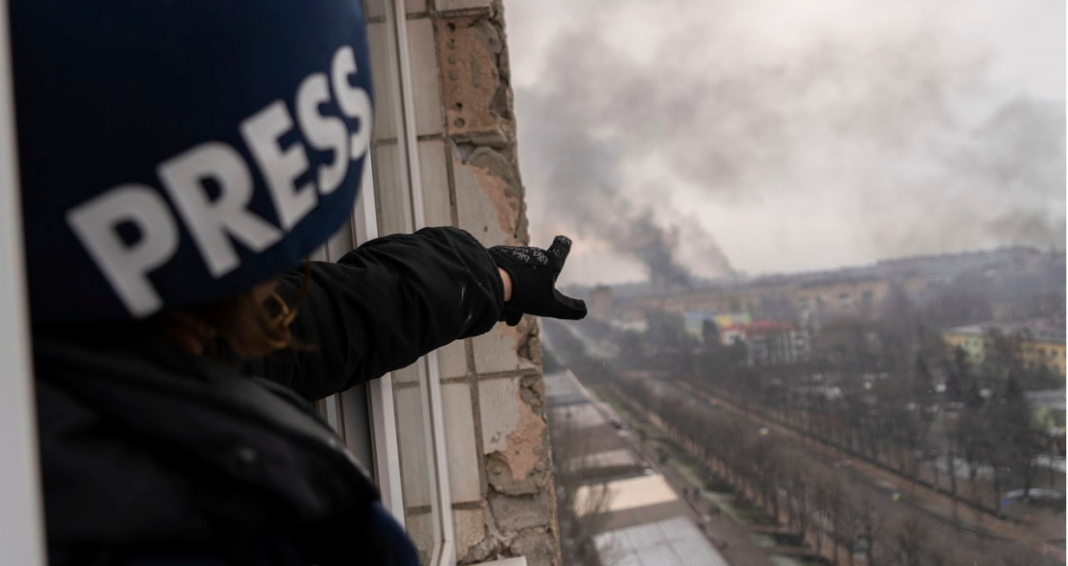 The weekly editorial by our director, Raffaele Crocco.

Mariupol, the gateway to hell. Russian offensive power is still focused on the city, which has not surrendered – despite everything. The Ukrainian president, Zelensky, is telling the World the story of the long siege. Civilians, he explained, have not yet been evacuated. The focus of defence – and of the Russian army’s attack – is the Azovstal steelworks. “Women and many children are still there,” Zelensky said. “Imagine the hell: more than two months of continuous shelling and constant death in the area around it. It is yet not clear how many civilians are trapped in the facility.”

The military situation remains muddled, with the Russian push persisting, but not seeming to find the victory – at least partial – that President Putin wants. May 9, the date of the Soviet victory over Nazism in 1945 and now a symbol of Putin’s rhetoric, is approaching and the big military parade the Kremlin wanted seems to be slipping away. If the Ukrainian army resists, the Russian war machine will be showing the world its flaws and fragility. This could become a dangerous element in the future management of this war. Putin does not seem to be a man who wants to show weaknesses or feel defeated: it will be Ukrainian civilians who will pay the consequences, once again, as they are forced to endure an endless war to satisfy the vanities of the Russian president.

The figures are already frightening. Seventy days after the start of the invasion, 3,800 civilians were confirmed dead. Of these, 215 were children. More than 4,000 were wounded, with almost 400 children. To add to the dead, is the tragedy of those who have fled, the refugees: according to UN agencies, they now amount to at least 7 million. This would mean 15% of the total population of the country. They are all human beings who have died or fled from Russian missiles and bombs.

According to intelligence sources, from 24 February to 5 May 2022, the Russian army launched 2,014 missiles on Ukrainian soil. The Russian air force, on top of this, carried out 2,682 bombing missions. International organisations are desperately trying to limit the damage. The accounts are appalling. The spokesman for the UN secretary-general, Stephane Dujarric, told BBC Radio about the attempt to organise the evacuation from Mariupol. “We tried to organise a number of convoys together with the Red Cross,” he said. “The staff on the ground tell us that those who leave the city are left with deep traumas, big psychological scars. They have lived in terrible conditions, in fear, deprived of water, food and sunlight”.

While people are shooting or fleeing, diplomacy seems to stand still. Beyond the exchange of accusations between Russia on the one hand and the United States and the European Union on the other, little seems to be happening on the front of possible negotiations or international pressure to stop the war. Moscow, through its foreign ministry, has relaunched its appeal to European states: “The only way you can maintain your sovereignty,” reads a statement, “is to leave the European Union. The same ministry wanted to reassure the world: “Russia,” it wrote, “has no intention of using nuclear weapons in this conflict”.

A reassurance that does not erase the accusations coming from the United Nations: there have been at least 180 arbitrary detentions by Moscow in recent weeks, with Ukrainian citizens secretly transferred to Belarus or Russia. A heavy accusation, which mirrors the one launched by Agnes Callamard, secretary general of Amnesty International: “In Ukraine, Russia has committed the crime of aggression: now those responsible for it must be prosecuted by international justice”.