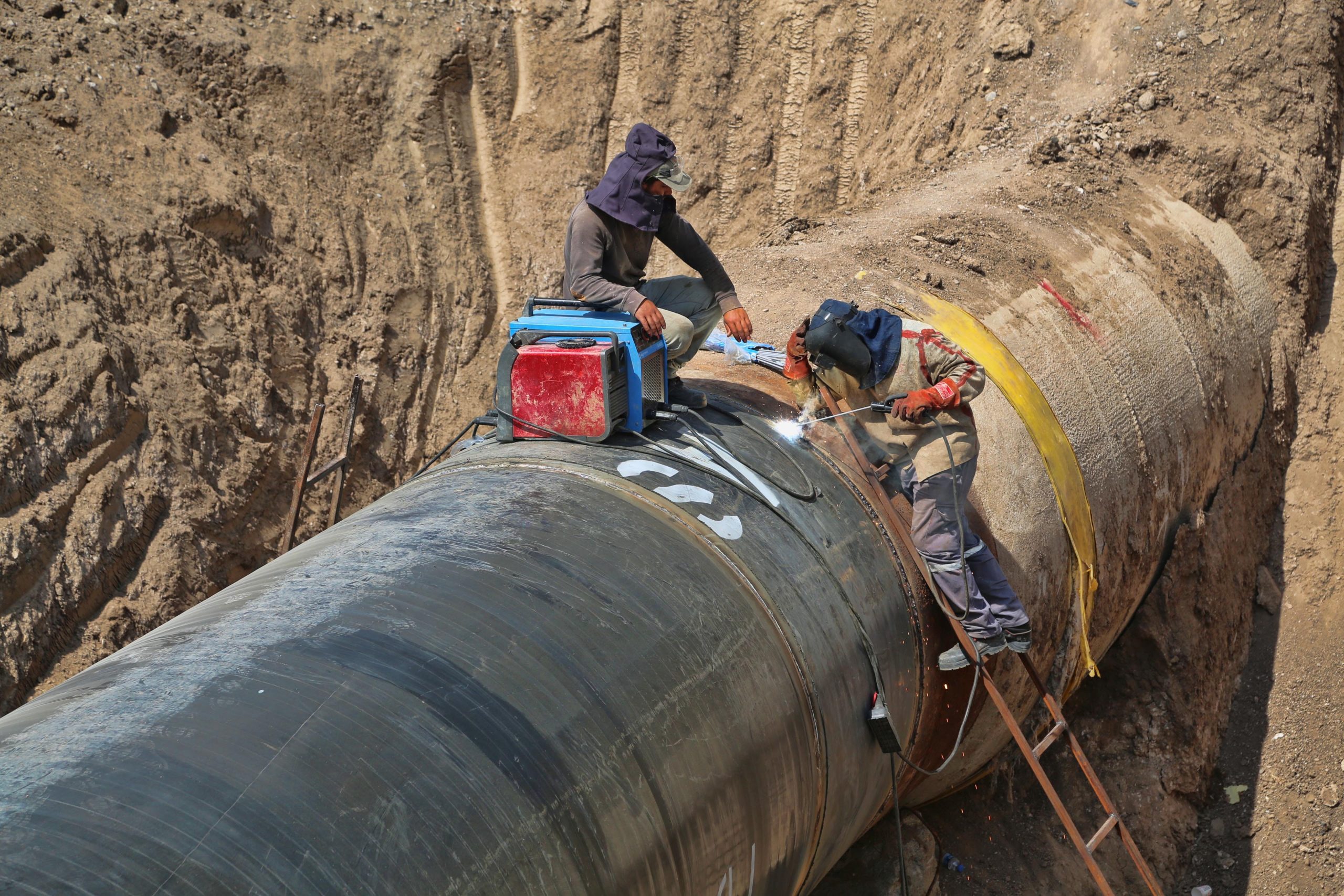 With the Russian invasion of Ukraine and the ongoing global energy crisis, vast swathes of the planet are organising themselves to become less and less dependent on Russian gas. In fact, the Federation is the world’s second-largest producer of natural gas, after the United States, and the largest exporter. In 2021, the country produced 762bn cubic metres of natural gas and exported about 210bn cubic metres through pipelines. According to the Iea (the International Energy Agency), Russian natural gas accounted for 45% of imports and almost 40% of EU gas demand in 2021. Germany, Turkey, Italy Belarus and France are the largest importers.

This dossier analyses some of the pipeline movements, particularly those resulting from new agreements and relocations. Important resource for this is a table from the General Energy Monitor’s European Gas Crisis Tracker that provides updates on potential gas projects that have emerged since the beginning of the war in Ukraine.

*Cover image by SELİM ARDA ERYILMAZ on Unsplash. Below: the Nord Stream 2 pipeline and the pipelines (under construction and already operational) that run through Algeria, from the Glbal Energy Monitor media map.

The EU takes cover at the expense of the climate

WHO DOES WHAT: Azerbaijan, new partner for the EU

FOCUS 2: What’s Algeria up to

The EU takes cover at the expense of the climate

A new survey by Global Energy Monitor’s Europe Gas Tracker shows that as of end-February 2022, the EU was planning a 24.9 per cent increase in gas capacity to a total of 160.2 billion cubic metres per year (bcm/year). The estimated cost of this expansion is EUR 26.4bn (EUR 14.1bn for new import pipelines and EUR 12.3bn for new LNG import terminals).

Some figures. 16 pipelines are under construction, with a total length of 3,200 kilometres and a cost of 6.5 billion euro. Of these, 2.1 billion euro are earmarked for the 613-kilometre-long Baltic Pipe Project, which will increase gas import capacity in the EU by 10 billion cubic metres per year from 1 January 2023. 62 pipeline projects proposed in the pre-construction phase would have an extension of 12,500 km and an additional cost of EUR 29.7bn. Of this, EUR 12.1bn would go to the construction of 3,600km of import pipelines and a capacity expansion. The Trans-Adriatic Pipeline, for example, is increasing gas import capacity in the EU by at least 69.5bn cubic metres per year.

Four LNG import and expansion terminals are also under construction in the EU with a capacity of 4.3 billion cubic metres per year and a cost of EUR 987 million. 26 then proposed LNG import and expansion terminals that would add 102.7bn cubic metres/year at a cost of EUR 11.3bn. This does not include recently announced plans in Estonia, France, Germany, Greece, Italy and the Netherlands to develop floating storage and regasification units and in Italy to re-launch two previously abandoned LNG terminals.

The Gem survey, however, points out that sufficient import capacity would already exist without relying on Russian gas. According to the research organisation, the currently planned expansion of import capacity is incompatible with the EU’s requirements that gas consumption be drastically reduced by 2030 and the International Energy Agency’s Net Zero scenario envisaged by 2050, as well as the Intergovernmental Panel on Climate Change’s new warnings about the catastrophic role methane emissions are playing in the climate crisis.

Nord Stream 2 is a gas pipeline owned by the Russian energy company Gazprom that stretches along the bottom of the Baltic Sea for over 1,200 km, from western Siberia to Germany. The project, costing USD 11 billion, was born in 1997 with the aim of bringing Russian natural gas to Germany without crossing the Baltic countries, nor those of the Visegrad group (Czech Republic, Slovakia, Poland, Hungary) Belarus and Ukraine. With Nord Stream 2, therefore, these countries lose the proceeds of the transit rights and can no longer put negotiating pressure on Russia. The project was completed in September 2021, but is not yet operational because it awaits the green light from German regulators and the EU Commission.

With the invasion of Ukraine, the commissioning of the pipeline came to a halt and it is difficult to say whether it will be able to come into operation soon. Against Nord Stream 2 the United States immediately came out. Ukraine and some European NATO member states such as Poland are also against it. For critics, the pipeline effectively hands Moscow a weapon of geopolitical control over Europe and Germany in particular, effectively dominating the energy market. The new pipeline doubles the capacity of Nord Stream 1 (in operation since 2011) to 110 billion cubic metres of gas per year.

Nord Stream 1 is also facing various problems. In fact, Gazprom announced in July 2022 that it could not guarantee the smooth operation of the pipeline due to a broken Siemens turbine, which was stopped in Canada for repairs. The sanctions would keep everything at a standstill, according to the Russian giant, and therefore the pipeline cannot work. However, the Canadian government decided to unblock the delivery of the turbine, which should be installed by Siemens itself.

WHO DOES WHAT: Azerbaijan, a new partner for the EU

The Southern Corridor was created as an alternative to the Russian gas routes through Ukraine and represents one of the most complex structures ever built, with a total investment of around USD 40bn and a route length of 3,500 kilometres. It crosses six countries and is based on the development of the Shah Deniz field (extracted from offshore flatbeds in the Caspian Sea). The three gas pipelines involved are the South Caucasus Pipeline (Azerbaijan, Georgia), the Tanap-Trans Anatolian Pipeline (Turkey) and the Tap (Greece, Albania, Italy).

A trilateral memorandum of understanding was signed in Algiers between Algeria, Niger and Nigeria for the construction of the Trans-Saharan Gas Pipeline (Tsgp). The North African country has an infrastructure ready to transport gas from the city of Tamanrasset in the far south to Spain and (via Tunisia) to Italy.

The Algerian oil company Sonatrach had already signed an initial memorandum of understanding with its Nigerian counterpart in 2002 to build a gas pipeline. The initial cost of the project is estimated at $13 billion and is expected to transport 30 billion cubic metres of natural gas per year. Besides serving European markets, the gas could be diverted to markets along the pipeline route. According to experts, however, the Tsgp will face major logistical and security challenges due to the highly active terrorist groups in the area.

FOCUS 2: What's Algeria up to?

Algeria is the world’s tenth largest producer of natural gas and sixteenth largest producer of oil. The country has 1.2% of the world’s proven gas reserves. The hydrocarbon industry is at the heart of Algeria’s political-economic system and in 2019 the sector accounted for 20 per cent of GDP, 40 per cent of tax revenues and 94 per cent of export earnings. In 2021, the country exported around 55 billion cubic metres of gas to Europe, making it the third largest supplier, accounting for 11.6% of EU imports. Algiers’ main customers are Italy and Spain, which account for 65% of exports. Algeria announced in June 2022 that it would renegotiate all current contracts with European countries.

In November 2021, Algeria had closed the gas pipeline connecting it to Spain via Morocco. The move was in retaliation to the Spanish recognition of Moroccan sovereignty over Western Sahara. According to Ispi, however, Algiers’ show of strength masks many weaknesses. Algerian gas flows to the EU are decreasing: in the first half of 2022, Algeria sent almost 20% less gas to EU countries.

Even before the Russian invasion of Ukraine, Algeria was Italy’s second gas supplier. In 2021, Italy imported 22.5bn cubic metres of gas from Algeria, or 29.6% of national consumption. With the agreement signed in April 2022 between ENI and the Algerian equivalent Sonatrach, supplies from Algeria will increase by around 9bn cubic metres per year by 2024, with 3bn cubic metres more already this winter.

However, the country is not only aiming at Europe, but is also looking around. In a television interview, the President of Algeria, Abdelmadjid Tebboune, said that his country is interested in joining Brics, the group that brings together Brazil, Russia, India, China and South Africa. According to Tebboune, Algiers would meet the necessary economic requirements. It should also be mentioned that Algeria was one of the 35 countries that abstained on the resolution condemning Russia at the UN in March 2022.