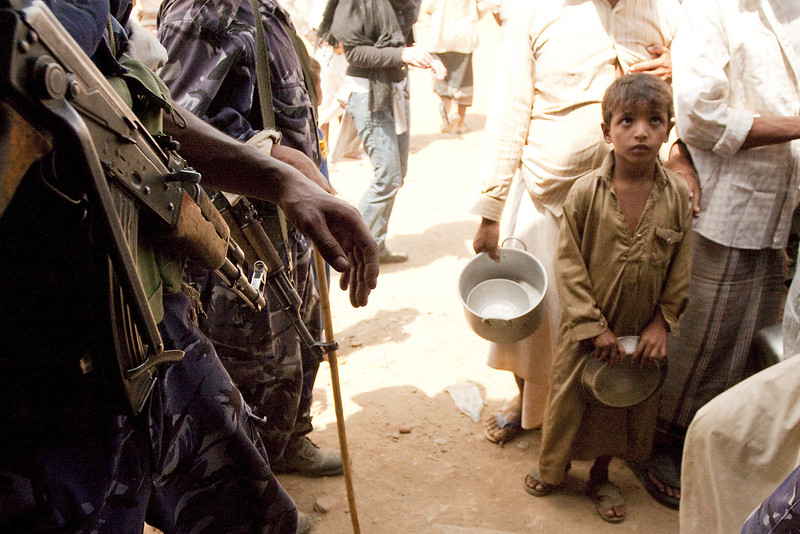 By Wesam Besindawa* for Newsweek

In a square meter grave-like cell waits Fateh, a Houthi prisoner. She has been deprived of food and drink for hours. She is promised release when she admits to a false charge of prostitution, but she refuses to give in. Her fellow prisoners, like her, are constantly subjected to sexual assault and rape. When she is released, surviving the Houthi prison system, she shares her story with the Yemeni Coalition of Independent Women.

This unimaginable reality is common in war-torn Yemen. When we discuss the state of Yemen, we are often reminded that the U.N. has labeled it as the worst humanitarian crisis on earth. We recall that 80 percent of all 30 million Yemenis are in need of humanitarian aid. However, we forget that displacement, poverty, and starvation in Yemen are directly caused by the political reality which also starves Yemenis of their rights.

The Yemeni Civil War officially began in 2014, when rebels belonging to Ansar Allah, also known as the Houthi movement, took over the capital of Sana’a. The rebels, led by the Houthi family, are the major belligerents in the war opposing the Republic of Yemen. In 2015, after the Houthis began advancing toward the temporary capital of Aden, Saudi Arabia and an international coalition entered the war to restore power to the Republic of Yemen. Nevertheless, the war is exceedingly complex as Al-Qaeda in the Arabian Peninsula has carved out pockets of influence in the country and Iran has become the unwavering supporter of the Houthis.

Under the Houthis, liberties have been severely curbed. They often employ tools of tyranny such as detention, abduction, torture, rape, and false charges to systemically target women and political dissidents. Moreover, Houthi attacks indiscriminately target civilians. Twice this January, in the single governate of Marib, the Houthis bombed civilian sites such as residential areas and a major hospital. Earlier, in October, the Houthis burned an African refugee center, killing 400 Ethiopians and others seeking safety in Yemen.

As a result of the rampant Houthi campaign against civilians, more than 3 million Yemenis have been displaced. Despite being a flagrant violation of international laws which Yemen has subscribed to, the Houthis continue to torture, violate, detain, and bomb civilians indiscriminately.

Along with political subjugation, the Houthis have routinely perverted and threatened the availability of food to the Yemeni public. The Houthis embed illegal weapon transfers with humanitarian aid shipments, threatening the flow of desperately needed humanitarian aid and forcing an overstretched U.N. to levy time-consuming and bureaucratic inspections, significantly delaying aid arrival. This policy has had massive consequences given Yemen is dependent on imports for 90 percent of much of its food supply. As a result of these conditions and Houthi practices, Yemenis have suffered major food shortages: over 50 percent of Yemenis are food insecure.

In total, an estimated 377,000 people have been killed since the war began—70 percent of those killed were children under five. Whether by hunger or by missile, the civil war has left hundreds of thousands of the most underprivileged Yemenis dead.

Despite the rigorous aid campaign, the humanitarian situation in Yemen has not improved. A lack of funding, the prevalence of war, and political quagmire have mired any hope for change. With continued poverty, famine, and violence, the Yemeni people offer a harrowing story of resolve. It is our obligation to offer relief in exchange.

*Dr. Wesam Besindawa is the president of the Yemeni Coalition of Independent Women and 8th March Yemeni Union Women, a coalition of women’s organizations that advance and defend women’s rights in Yemen. – The views expressed in this article are the writer’s own.