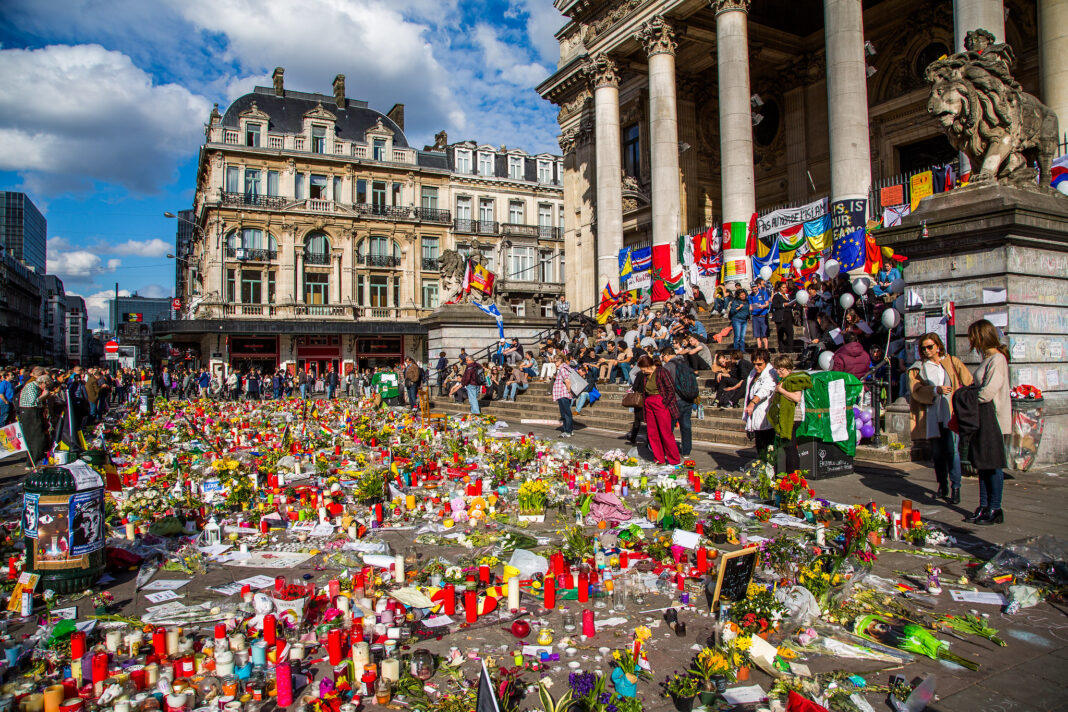 The main hearing of the trial ‘of the century’, as the Belgian press itself called the trial on the 22 March 2016 terrorist attacks, began in Brussels yesterday, 5 December. The charges include 32 counts of murder, 687 attempted murders and membership of a terrorist organisation. For Belgium, it will be the largest and most expensive criminal case in its history. Nearly a thousand joint plaintiffs are participating; the court is sitting – for reasons of space and security – in the former NATO headquarters.

Expectations are high for the hearings to try the nine alleged perpetrators of the March 2016 attacks on Zaventem airport and the Maelbeek metro station. Osama Atar, considered ‘the mastermind’ of the bombings, will be tried in absentia. Atar was allegedly killed in Syria, in an offensive by the international coalition against the Islamic State (IS). Since his death was never officially confirmed, he was charged anyway. Also under indictment are Salah Abdeslam, Mohamed Abrini, Osama Krayem, already convicted in Paris for the 13 November 2015 attacks, but also a number of second-tier figures, involved to varying degrees in this double terrorist actions. Four of the ten accused fought for IS in Syria. Krayem and Ayari were sent back to Europe by the terrorist organisation to carry out attacks there. They allegedly mixed with migrants in September 2015 and, disguised as refugees, made their way to Germany via Greece.

Not only the terrorists, but also the Belgian secret services are in the crosshairs of justice. Criticised in France and Belgium for failing to identify Salah Abdeslam as a terrorist suspect and for not considering information from abroad, despite fearing a new IS attack the Belgian secret services failed to prevent it. The report drawn up by the parliamentary committee of enquiry in 2017 reveals several shortcomings in terms of resources, staffing, insufficiencies in coordination between the various police services, dysfunctions in the circulation of intelligence and mismanagement of databases. “We know that there was too little information circulating, that some people had information, that this information was not taken seriously, that it was not dealt with in time,” Georges Dallemand, vice-chairman of the commission of enquiry, had acknowledged to the public channel RTBF.

The fate of the people claiming compensation for the damage suffered is in the hands of twelve jurors and President Laurence Massart, who presided over the proceedings of the trial of Mehdi Nemmouche, perpetrator of the massacre at the Jewish Museum in Brussels in 2014. Given the size, the unprecedented nature of the trial and the difficulties in composing the popular jury, the Federal Prosecutor’s Office had hypothesised the creation of a special criminal chamber. This hypothesis was later shelved. The preparations encountered further hiccups. Among the thousand people the judiciary wrote to in order to compose the jury, which were actually selected by lot, were five joint plaintiffs.

The trial is expected to last six to nine months. The nearly 500-page indictment is read out starting today, Tuesday 6 December. In the course of the proceedings, the defendants and more than 370 witnesses will be questioned.