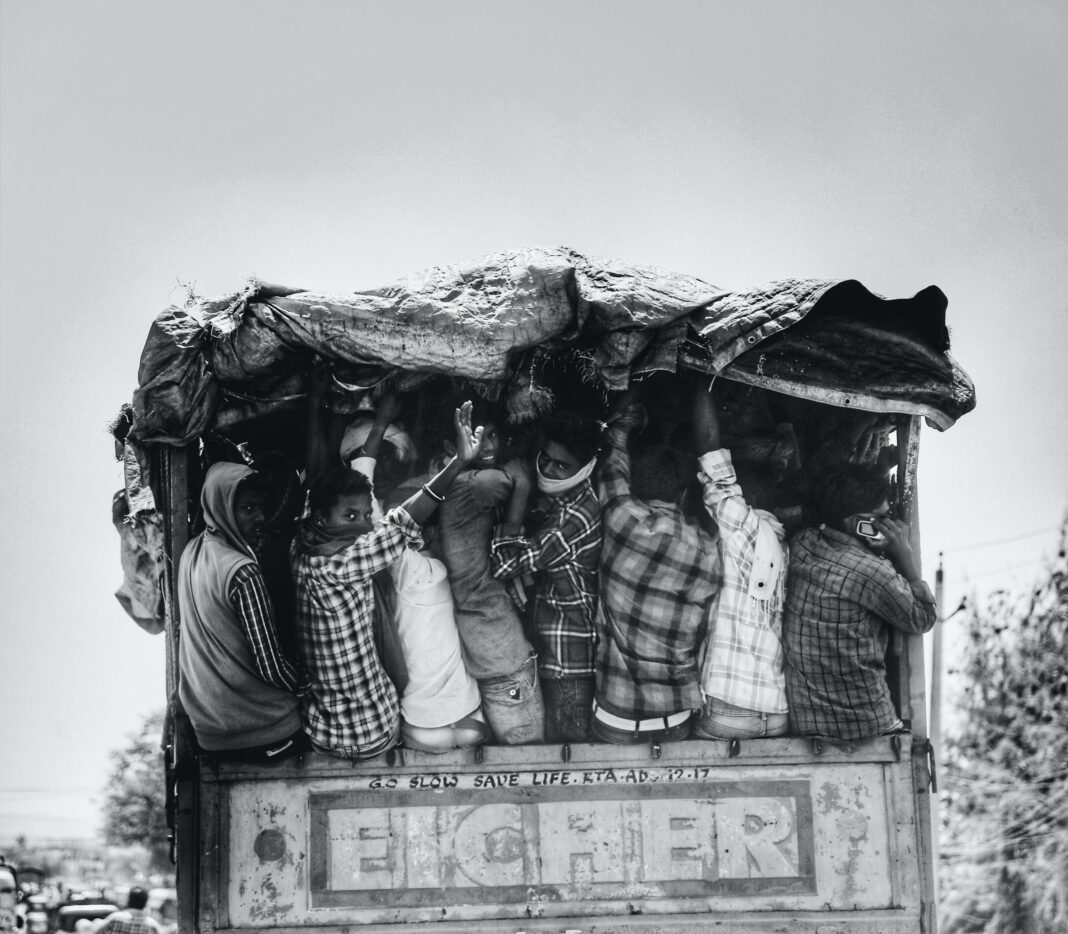 Even before borders, far, far before walls. Further: trying to stop migrants when they have only thought of setting off. Before they leave towards the Sahel or for Turkmenistan. For the Balkans or for Lampedusa. The plan is to stop them long before they leave, as soon as there are ‘signs’ that people are about to move. Or there is only the ‘suspicion’ that they are about to move. These days, much talk is about how Fortress Europe uses its tools in violation of the human rights of migrants: from the report of the anti-fraud office, Olaf (which led to the refusal of the Brussels parliament to vote on the Frontex budget) to the many journalistic enquiries, which have told of the inhuman use of technology at the borders. Less, however, or rather almost not at all, has been said about the most abhorrent tools that the Old Continent has deployed: ‘predictive anti-immigration’. And in this sector – in this ugly sector – the most advanced and most disturbing project is called EUMigraTool.

The usual high-sounding acronym, which evokes advanced technological tools but which in reality conceals a project that could be called dystopian: it will serve precisely to ‘predict’ migratory flows. An artificial intelligence, trained with billions of data and faces collected no one knows how, will be there to ‘warn’ European police forces. Like: watch out, agents, that in Chad for weeks now the food alarm has become dramatic and that from what I ‘sense’ five hundred people are about to leave. Or watch out: the repression in Iran has now affected every social category and there are reports of strong movements of people. Things like that, warnings of this kind, in short. Or things that are probably much more detailed, given that – as has been denounced many times by NGOs – it is precisely Europe that provides dozens of authoritarian countries with the tools for mass, capillary control. Tools ranging from ‘professional training’ in Morocco for tracking people to the thirteen million euros given to Niger to buy drones, cameras, surveillance software.

They will collect data on everything, data on anything you write or move, pass it on to artificial intelligence that will make its own predictions. This is EUMigraTool. A ‘piece’ of the more general Horizon 2020 programme, designed to give technological support to the control, ‘their control’, of borders, with many sub-projects within it. These include ITFLows, financed with many, many euros: the latest tranche provides for 4 million 871 thousand 832 euro point fifty cents (as indicated, down to the cent, on the European Commission’s official page). Plan within which was the infamous IBOrderCtrl project, designed to ‘test’ a machine that was supposed to understand from facial expressions whether a person, at the border, was telling the truth or not. The project was shelved partly because of its evident scientific inconsistency, and much because of opposition from civil society. Money, however, spent on criminalising migration. Spent on ‘inventing’ new and absurd criminalisation techniques. Now – still within ITFlows – they are trying again with EUMigraTool.

“No, predictive systems, dangerous everywhere and in any field, cannot have a place when it comes to migration policies. They cannot, must not find a place in Europe’. At least in the Europe we knew until yesterday. The inverted commas are by Caterina Rodelli, EU Policy Analyst for AccessNow – perhaps one of the most authoritative digital rights organisations in the world – which is precisely responsible for sifting through everything that concerns technologies and borders on the old continent. There is no need, but the young scholar lists the reasons why it is simply absurd to think of an artificial intelligence called upon to govern this phenomenon: because it can be used – and recent history suggests that it will be – in violation of the principle of ‘non-refoulement’. Because it will be used to circumvent and anticipate the ban on forced repatriation of asylum seekers. Because it will be used to further violate all human rights. If one thinks about it, even going so far as to ‘block’ the dreams of those who even contemplate leaving a war, a country in famine, a regime of violence.

And yet, equally serious. The EUMigraTool project was launched and financed just as Europe is discussing its new rules for the use of artificial intelligence. A start to the discussion that has already caused much perplexity. Many perplexities. For the ‘derogations’ that the rules allow for everything concerning migrants. And yet while it is still being discussed, Europe is already moving forward, preparing the EUMigraTool. For once, however, the rights organisations are not content with just the usual communiqué of denunciation or call for amendments. This time, they are serious. “It’s clear: EUMigraTool cannot be reformed, it cannot be amended. – says Caterina Rodelli again – It must be withdrawn. Simply: deleted’.

And perhaps this can be an opportunity to rethink the whole philosophy behind policies on migration. It can be an opportunity to rethink how technology in Europe is used to discriminate and repress. Time is short: as mentioned, there is already a proposal for a regulation on artificial intelligence, presented by the Czech presidency, which does not protect migrants. It will be discussed in the Council of Europe by the first half of December. Let at least the most discriminating parts be deleted: this is what a document, promoted by AccessNow and signed by dozens of other associations and many political and cultural figures, demands.