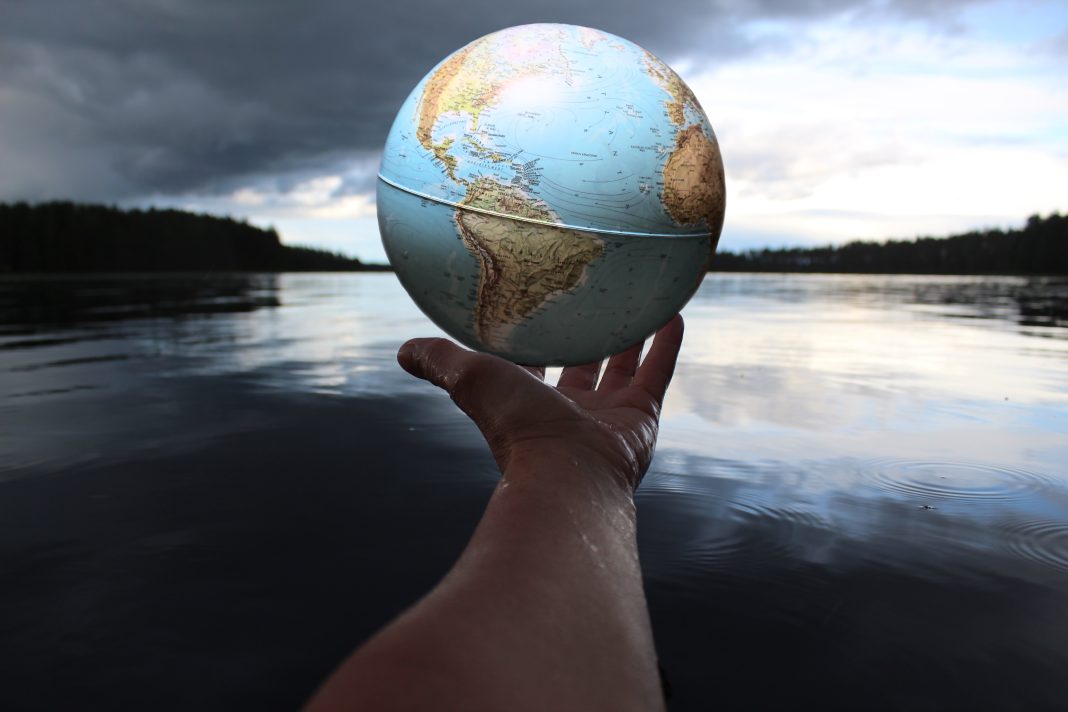 Although African countries contribute only 4% of global emissions, forecasts show that by 2030 118 million Africans will suffer from severe drought, massive flooding and extreme heat. These past months have been just a small taste of the climate catastrophe that is set to become the norm for Africa. After months of unprecedented rainfall, heavy floods have destroyed houses and fields in Nigeria, Cameroon, Niger and Chad. In the Horn of Africa, on the other hand, after four seasons of little, if any, rainfall, one of the worst droughts in decades has aggravated the food crisis, which is also being affected by local conflicts and economic instability caused by the Covid-19 and the war in Ukraine. The crisis in Ethiopia, Kenya and Somalia has been described as an ‘unprecedented humanitarian crisis’ with some 22 million people at risk of starvation.

These are the perspectives with which African leaders are preparing to attend the UN Climate Conference (COP27) next month in Sharm el Sheikh, Egypt. Although the effects of the climate crisis on the African continent are there for all to see, the international negotiations are likely to be dominated by the problems and concerns of another part of the World. The shadow of Europe’s energy crisis and its renewed hunger for fossil fuels looms over the international summit. As has always been the case, the North’s priority will fall on its own energy security, more important than any ethical and moral considerations about the disastrous effects of European interests for the rest of the World.

This year, the hypocrisy is more evident than ever. Before Russia invaded Ukraine, triggering a deep energy crisis, the availability of Western funding for fossil fuel projects in Africa seemed to have ended. In 2019, the World Bank had declared that it would stop investing in the extraction of oil and gas from African soil, although it agreed to grant exceptions for some refining projects that met strict conditions. In 2021, several European shareholders had proposed to remove these exceptions as well by 2025. Of course, none of these policies, deliberately designed to dissuade poor countries from building infrastructure to exploit their natural resources, seemed to apply to rich countries. Things look very different today. In recent months, Europe has forgotten the ethical and moral commitments it made to combat the climate crisis: to fill the gap left by Russian gas and maintain the carbon-intensive European lifestyle, Europe has gone back to Africa. Italy, for example, signed a $4 billion agreement with Algeria in July to increase gas supplies to Europe. This is only the latest in a series of agreements signed in previous months with Angola, the Democratic Republic of Congo (DRC) and Mozambique.

Meanwhile, debates are raging on the Continent about the responsibilities of the big polluters towards African countries and the adequacy of the figures promised to finance Africa’s adaptation to the climate crisis. European hypocrisy has recently been publicly attacked by various protagonists in African politics. During his six-day visit to France, Ghanaian President Nana Akufo-Addo criticised the West for its lack of financial commitment to addressing the problems caused by climate change in Africa. Akufo-Addo was referring to promises made at last month’s climate summit in Rotterdam, which was organised to set out figures that the Global North would allocate to promote African efforts in adapting to climate change. The summit ended with 54 countries pledging $55 million to the continent’s coffers. The Ghanaian leader called this a ridiculous and unfair figure, pointing out that the G20 countries are responsible for 80% of the emissions that are bringing Africa to its knees. A similar position was adopted by Akinwumi Adesina, President of the African Development Bank, who pointed out that Africa loses about $7-15 billion annually to climate change and therefore needs more resources to build more climate resilient infrastructure and systems.

Also resounding were the messages from Senegal President Macky Sall and DRC President Felix Tshisekedi, who called on the international community to double the amount. Both condemned the West’s recent tendency to obstruct the funding of projects to exploit African resources in the name of fighting a climate crisis that the West itself has generated. “It is frankly unbelievable that those who have exploited oil and its derivatives for more than a century are preventing African countries from enjoying the value of their resources,” Sall stressed. Addressing the UN General Assembly last month, Sall recalled that there are still 600 million Africans without access to electricity. The continent, which is home to 17% of the world’s population and emits a minimal amount of carbon dioxide compared to the rest of the world, is paying too heavy a price for global attempts to reduce the use of fossil fuels to produce energy. “It would be legitimate, fair and equitable for Africa, the continent that pollutes the least and is furthest behind in the industrialisation process, to use its resources to provide basic energy, improve the competitiveness of its economy and achieve universal access to electricity,” Sall told the Assembly.

A similar justification was given by Tshisekedi when he auctioned 27 oil exploration blocks and 3 gas concessions a few months ago. The blocks run through the world’s second-largest rainforest after the Amazon, a natural oasis of unique value and, at the same time, a key ecosystem that, by naturally absorbing carbon dioxide in the atmosphere, mitigates climate change. “We have a primary responsibility towards the Congolese population, most of whom live in poverty and aspire to a socio-economic well-being that oil exploitation could guarantee,” Congolese Minister for Hydrocarbons Didier Budimbu told The Guardian.

In short, COP27 will be an important meeting for the continent’s leaders in their search for an African solution to the climate crisis. The rich world’s renewed interest in fossil-fuel energy production after the invasion of Ukraine, with the consequent increase in emissions, shows that economic growth and energy security remain a priority over climate policies, reflecting what political scientist Roger Pielke Jr. has dubbed “the iron law“. The commitments made by the global North to curb climate catastrophe will have to wait, and the South will once again pay the price. Like any neo-colonial act worthy of the name, once again the European scramble for African resources will have no regard for the needs of the local populations. At the same time, the North has amply demonstrated that it does not believe in the ‘polluter pays’ principle and is unwilling to compensate African countries with figures that can grow their economies, repair the damage done and develop climate resilience.

Several analysts have announced that, right now, Africa needs to get the best possible deal to survive. Expectations for COP27, which is being held on the African continent for the first time in more than a decade, are high. However, African leaders must be clear about what they can achieve without trading the future development of their peoples for vain promises. Many believe that Africa would be making a grave mistake if it gave up control over its resources in exchange for money that will never materialise or investments that will not benefit African peoples. If one thing is certain, it is that a common position on the energy future of the continent is the only way to combat the climate injustice and global inequalities of which Africa remains a victim.