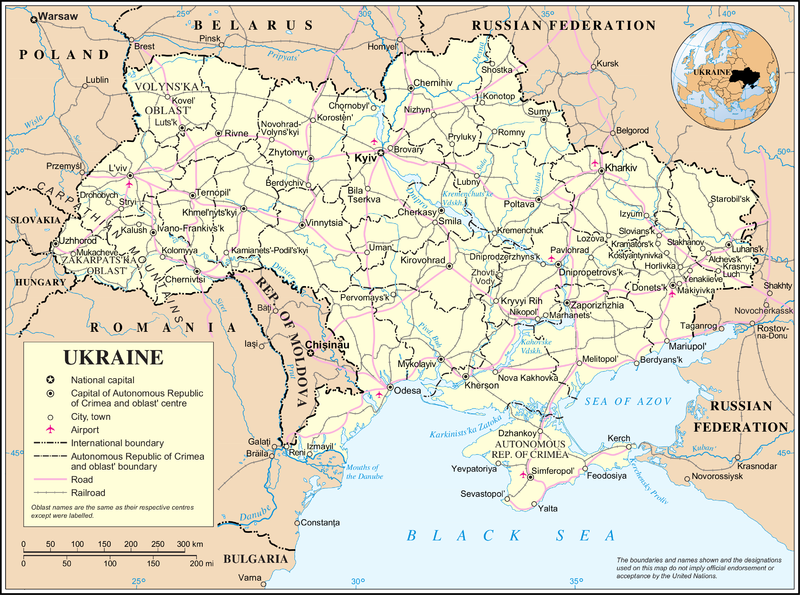 The key to the moment, as we stand after 8 months of the Russian ‘special operation’ in Ukraine, can be found in the words of the Ukrainian ambassador to Rome. Lapidary, Yaeoslav Melnyk repeated that in order to have peace, “the number one condition is for the Russian army to leave our country. All the Russian military must leave. Then, we can sit down at the negotiating table”. It is the military option, then, the only one that remains on the table in this war. The military situation remains swinging, with offensives, the conquest of positions and then counter-offensives and a return to rear positions. In fact, there are no decisive victories, observers say. In recent days, for example, Ukrainian forces have repelled Russian attacks in nine villages in the east of the country. This was announced by the General Staff of the Armed Forces. Moscow’s army had attacked Bilohorivka in the Lugansk region and Bakhmut, Bakhmutske, Klishchiivka, Krasnohorivka, Novomykhailivka, Nevelske, Opytne and Marinka in the Donetsk region. Air attacks also continue, mainly targeting civilians: a school was reportedly hit in the Zaporizhzhia region.

The attacks are mainly carried out with suicide drones. On this, the international attention has shifted to Iran, Russia’s historical ally: together – it is key to remember – they fought ISIS and supported the regime of Bashar al-Assad in Syria. Well, the drones used by the Russians over Ukraine seem to be Iranian-made and would have been supplied by Tehran to Moscow in recent months. According to experts, Iranian technicians would be stationed in Crimea and would train the Russians in the use of drones. Iran denies any involvement in the war, but European and US investigations and demands for sanctions against the Islamic Republic have begun. A situation that underlines, if ever there was a need, how easily the war can spread. An additional 170 Russian tanks have reportedly arrived in Belarus, formally to reinforce Minsk’s defence system, according to European intelligence to prepare an offensive against Ukraine from a new direction.

A real possibility, this. Putin continues to gamble substantially on a war he cannot win. His imposition of martial law in the territories newly annexed to Russia, after the referendum considered ‘fraudulent’ by the international community, clearly means that political-military control in those lands is far from being gained. Martial law has been introduced in the four regions of Donetsk, Lugansk, Zaporizhzhia and Kherson. Putin signed a decree restricting movement in and out of eight neighbouring regions and martial law can be extended to any part of the Federation’s territory if necessary. It is an implicit admission of weakness, adding to the inability of the armed forces to get the Ukrainians right.

Meanwhile, the death toll grows. Estimates now exceed 100,000 victims in less than eight months at war. A frightening number, in modern wars, for what is a relatively short period of time. And to the too many dead, one must add the destroyed infrastructure. The war has damaged almost all Ukrainian power plants. Internet connection has dropped to around 80% of normal levels in Kyiv and rolling blackouts have been introduced, especially at night, in order to guarantee a minimum of electricity and keep hospitals running. President Zelensky issued an appeal, calling on Ukrainians to “not turn on unnecessary appliances and to limit electricity consumption on those appliances that require substantial amounts of energy”.

The country is devastated, that is the only reality. And the danger of a further escalation of violence is so great that it worries the hitherto almost imperturbable China. For the first time, the government in Beijing urged its compatriots to ‘stay in touch’ with the embassy in Kiev and ‘evacuate as soon as possible’ and leave Ukraine. This was said by Deputy Foreign Minister Ma Zhaoxu in the corridors of the 20th National Congress of the Communist Party being held these days. It also emerged that since the beginning of what China still calls the ‘crisis in Ukraine’, the embassy has helped more than 5,200 Chinese to leave the country. An invitation that, in light of recent events, was renewed with a prayer “to leave as soon as possible”.