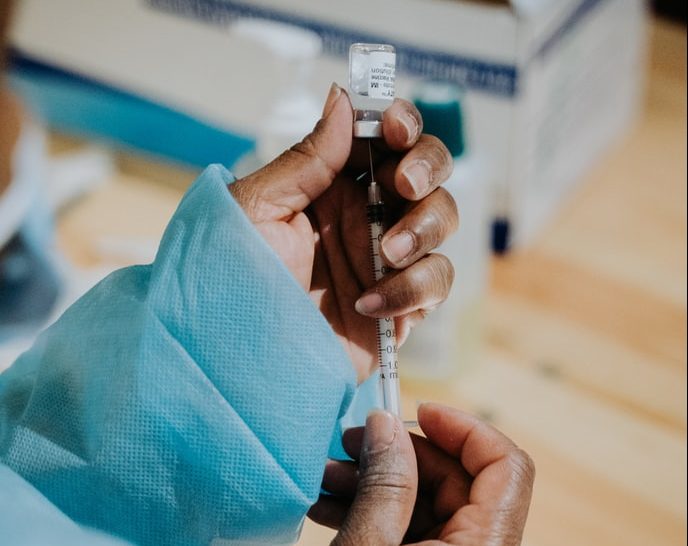 Countries on the African continent have a pattern of a six-month break before a new COVID-19 spike happens, researchers at the Tony Blair Institute for Global Change have said in a newly released report. Marvin Akuagwuagwu, a data analyst in the Africa COVID-19 Policy unit at the Institute, told IPS that it’s the countries with the lowest vaccination rate that are most at risk.

According to data from the African Union CDC, the Central African Republic, South Sudan, and Chad are among the countries with the lowest percentage of the vaccinated population – some as low as less than one percent. These other countries on the continent can learn from Rwanda’s approach, which Akuagwuagwu said is a success story.

“Rwanda has significantly ramped up its vaccination and testing programmes which has reduced their case numbers and the overall impact of COVID-19,” he said. “With their vaccination rate at almost 60 percent and a positive case rate of less than 10 percent, Rwanda is a good example for other African countries to emulate, particularly for countries in Sub-Saharan Africa that face similar challenges.”

However, vaccine rollout isn’t an issue of supply but a result of wealthier countries withholding supplies, contributing to a grave vaccine inequity. Africa has received six percent of the world’s vaccines, despite the continent hosting seventeen percent of the world’s population, according to the Brooking’s report. And this only exacerbates the pattern that Akuagwuagwu and his co-author Adam Bradshaw discovered in their report.

Inter Press Service (IPS): You mentioned there is a pattern of a new wave hitting Africa roughly every six months. How does this affect the continent of Africa specifically?

Marvin Akuagwuagwu (MA): We identified a trend that about every six months, a Covid-19 wave impacts Africa. This was the case with Beta, Delta, and Omicron.
Omicron was like a flash flood – it did some serious damage but thankfully didn’t lead to mass deaths. However, we may not be so lucky next time – the next variant may be more severe, especially in countries with low levels of protection, such as in Africa.

This means we now have a six-month window of opportunity to vaccinate Africa against Covid-19 before the next variant appears – we need to make progress towards achieving the WHO target of vaccinating 70% of the population. TBI is working with a number of countries across Africa to support their vaccine rollout to help get there.

IPS: Why do you believe lockdowns are being approached more cautiously and are “not always the best course of action”?

MA: Lockdowns are effective, but they are not always the best course of action to tackle Covid-19 due to their negative economic and social impacts. As the virus evolves and we learn more, countries in Africa are gradually moving away from blanket lockdowns. We now have a range of tools in the toolbox to tackle Covid-19 and lockdown is only one of many options.

When the pandemic first started, no one had ever been exposed to Covid-19 – now billions of people have been infected or vaccinated, so it’s a different ballgame, and we need to adapt with it.

IPS: With the six-month window between variants, are there spill-over effects? (For example, even though Omicron wasn’t as bad as Delta, were any Delta effects that spilled over to the phase where Omicron was present)?

MA: The low testing and vaccination in Africa during the Delta wave spilled over to the Omicron wave. African countries have just started ramping up their vaccination and testing programmes, which were significantly lower in the Delta wave.

Without a continued acceleration of vaccination programmes, Africa will remain behind other regions in vaccination rates. International actors, donors, and partners should listen and respond to African countries to adequately support their vaccination and community engagement programmes and enhance their data management systems and associated human resources required.

IPS: How does the current financial inflation affect the measures you’ve proposed?

MA: The current financial inflation impacts the measures we have proposed as they require adequate funding. However, strong political will and community engagement are catalysts to enhancing these measures and curbing health and social inequalities caused by the pandemic.

IPS: One of the recommendations suggests: “increase testing and genomic sequencing to reduce transmission.” How many countries have the economic capacity and manpower to ensure this? How realistic is this goal?

MA: We understand that this is a significant challenge for low- and middle-income countries, but the alternative is far worse – serious illness, lockdowns, and deaths which also affect the economy and society at large. It goes back to global cooperation – the Tony Blair Institute for Global Change is working in Africa to build long-term resilience in data, vaccine, and testing infrastructure and provide greater institutional strength to withstand future Covid-19 waves.
We support governments to build their capacity and deliver for their populations. We are calling for global leadership to develop a global pandemic plan to support the Global South to vaccinate their populations and increase testing.