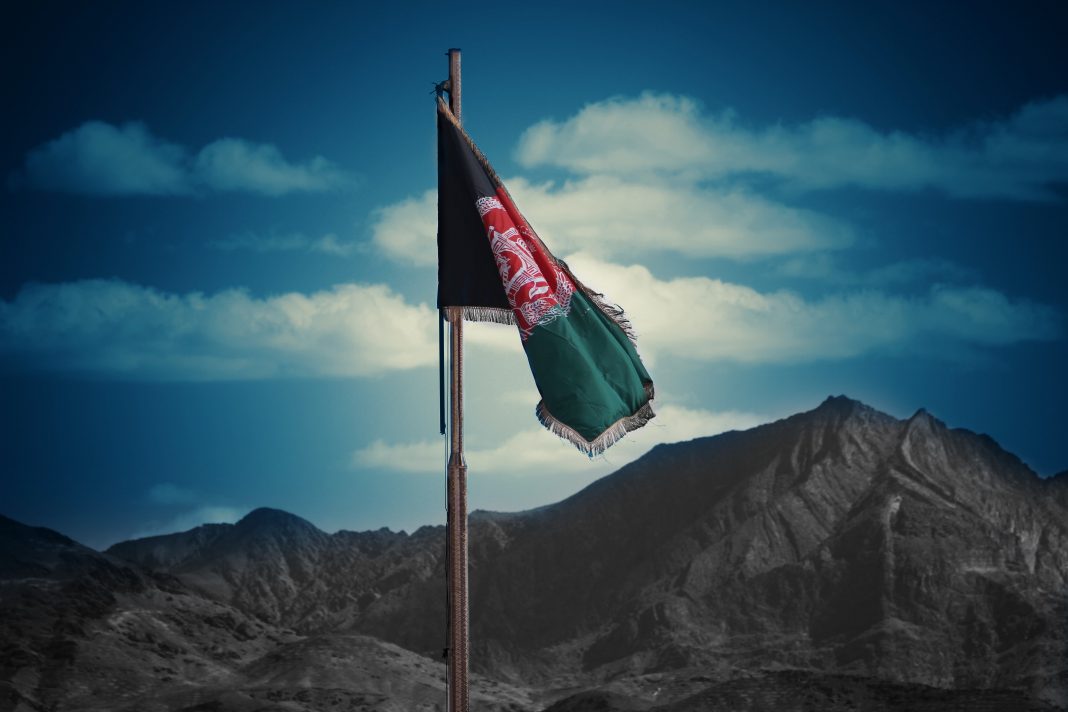 Afghanistan is regularly portrayed as “the graveyard of empires”. The British, Soviets and now the US-led coalition have tried and failed to impose their rule and their ill-thought models of governance and development. On 15 August 2022 the world’s most powerful military as had to come to grips with the reality that it had been defeated by a rag-tag insurgent group.

A peace, of sorts, has come to Afghanistan. For the first time in over 40 years, the number of civilian casualties has dropped significantly – 75 killed for all of 2022 at the time of writing compared to 1,659 in the first six months of 2021. Terror attacks by Islamic State affiliated groups continue and there are reports of small numbers of insurgents linked to the previous regime in a few locations.  Two decades of armed conflict characterized by the routine use of air strikes, drones, IEDs (improvised explosive devices) and under-cover CIA operations have effectively ceased  upon the departure of US and coalition troops and the collapse of the armed forces of the Islamic Republic.

After a hiatus of 20 years the Taliban is back in power. But all is not well in this troubled land. A toxic mix of external and internal factors are pushing the vast majority of Afghans to the brink of survival. The shooting war may have ended but it is now replaced by economic warfare: Afghans are now being subjected to punitive measures that have collapsed the economy and pauperized millions.

No country has formally recognized the de facto authorities of the ‘Islamic Emirate of Afghanistan’. There is broad and valid concern about the Taliban’s human rights record, their interpretation of Sharia law, and their previous brutal rule 20 years ago.  Attacks on women, religious and ethnic minorities, human rights activists, as well as the media, are obliging Afghans to flee their homes and seek safety elsewhere. The recent decision to restrict the education of girls is alarming in the extreme.   Afghans are also on the move in a desperate bid to secure a means of survival for themselves and their families as a harsh combination of poverty, drought, hunger and economic collapse takes its toll.

The chaotic U.S. withdrawal and the Taliban takeover have hurled the country into a catastrophic state. For the past twenty years, Western donors had invested heavily in the development of critical services, and in keeping the state and its armed forces afloat. Except for humanitarian assistance, still insufficient, all forms of international budgetary support have been abruptly halted. Food insecurity is rampant, leaving half the population facing acute hunger. The crisis is exacerbated by widespread poverty, the worst drought in 70 years, collapsing healthcare (during a pandemic) compounding and intensifying an already dire situation of humanitarian concern. A recent study revealed that 82% of families in Afghanistan have suffered from loss of income since August 2021.A surge in the cost of food, rampant unemployment and cash-flow shortages are forcing some families to exchange under-age girls into marriage to avoid starvation. In the second half of 2022, it is expected that nearly the entire population will be living in poverty, and that the current humanitarian crisis “could lead to more deaths than twenty years of war.”

External factors are exacerbating the situation. The crisis in Afghanistan cannot be divorced from the freezing of US$7 billion of Afghanistan’s national reserves held in the US Federal Reserve bank and some US$2.1 billion that are in European banks and elsewhere. (read our article about it here). These assets belong to the people of Afghanistan. They constitute the reserves of Da Afghanistan Bank (DAB), the country’s central bank. They have been accumulated over decades.  Some of the gold reserves date back to the times of King Zaher Shah, before the Soviet intervention in 1979.

The DAB has benefitted from significant institutional strengthening since it was re-structured in 2004; it operates in line with its legal, constitutional framework that includes independent audit reviews. The freezing of its reserves now paralyzes the functioning of the bank and its role in securing the viability of the banking sector.  Regular Afghan citizens, such as those employed in health and education, are not being paid and cannot access their life savings. The liquidity crisis, coupled with the abrupt cessation of foreign aid and spiraling inflation, has crippled the economy.

President Biden’s Executive Order of 11 February 2022 adds insult to injury.  By ring-fencing half of Afghanistan’s US$7 billion foreign assets in the US for the purpose of compensating the families of 9/11 victims, the people of Afghanistan who are the rightful owners of the country’s sovereign wealth are not only robbed of their resources, they are penalized for the shocking 9/11 attacks in which they had no part.  They are effectively made responsible for the arrival of the Taliban in Kabul.

As United Against Inhumanity (UAI) has noted, the “US has spent over 2 trillion US dollars for its intervention in Afghanistan. It can easily find resources for the compensation of 9/11 victims – which we support – without sequestering Afghanistan’s reserves. The collective punishment of the people of Afghanistan who have no responsibility for the 9/11 attacks or for the debacle leading to the return of the Taliban, is morally reprehensible, economically devastating, and politically reckless.”

Yet, there is no acknowledgement that the political, military and state-building policies of the US and its allies were neither appropriate or sustainable and are largely to blame for the chain of events that paved the way for the return of the Taliban and the resultant crisis. At the pledging conference for Afghanistan on 31 March 2022, many Western donors blamed the humanitarian and economic crisis on the Taliban. The Taliban and their policies may well be odious but pretending that they are responsible for the botched Western occupation and destruction of the economy and banking is a re-writing of history. As academic, one-time advisor to the US government and Afghan expert, Barnett Rubin, noted recently “the world’s richest country has decided to rob the world’s poorest country in the name of justice. A fitting end to the War on Terror.”

Meanwhile the situation on the ground for ordinary Afghans continues to deteriorate. While funds for humanitarian action are essential for the survival of some Afghan families, they are far from sufficient.  It is clear that humanitarian action, in any context, is never a substitute for a functioning economy.

As UAI has noted, “this is a totally avoidable man-made disaster.” Instead of finding practical ways of helping the population – without recognizing the Taliban regime or their policies – “the US, the UK, Germany, and other traditional donors are deliberately pauperizing the Afghan people and jeopardizing their right to life.” The survival of some 40 million Afghans requires the immediate, if regulated and internationally monitored, access to the US$9.1 billion reserves that belong to the people of Afghanistan.  UAI has written to President Biden, Chancellor Scholz, Prime Minister Johnson and other European leaders, as well as the CEOs of the banks that hold these reserves, calling for their release.

Civil society pressure on the US and other governments that hold Afghan reserves is increasing. In addition to the campaign launched by UAI, Afghan groups as well as various human rights and aid organizations have mobilized on this issue. So far progress has been elusive.  The UN has been reluctant to speak out – until recently. It has focused on consequences of the lack of liquidity on the humanitarian situation rather than on the collapse of the economy. The World Food Programme and the Office of the High Commissioner for Human Rights have been more vocal.  Just recently, on 25 April 2022, a group of UN Special Rapporteurs on human rights have issued a strong statement calling for the release of the Afghan frozen funds.

The arbitrary sequestration of the national reserves belonging to the people of Afghanistan is ethically wrong, it will also have catastrophic political and economic consequences. It will fuel resentment among regular Afghan citizens, embolden the Taliban hardliners who will, rightly, claim that the West cannot be trusted and contribute to the widespread perspective that Afghans are being purposely punished because the Taliban vanquished their opponents.  It is likely to wreak more havoc on the lives and livelihoods of Afghans than anything they have experienced in the past 40 years of war.

Instead of engaging in economic warfare, Western donors should demonstrate their responsibility to the people of Afghanistan by adopting the straightforward, practical measures recommended by the UAI campaign and by various Afghan groups and NGOs. This can be done through the immediate establishment of an internationally-monitored mechanism to allow the central bank – the Da Afghanistan Bank (DAB) – to access some US$150 million per month of its frozen reserves. This would allow the injection of a minimum of liquidity into the economy and enable inflationary control measures.  This arrangement could be suspended anytime if the de facto authorities interfere with the independent functioning of the DAB.  What is missing is the political will. Hence the importance of keeping up civil society pressure. The 40 million Afghans suffering from the combined effects of 40 years of warfare, poverty and economic collapse deserve no less.

* Antonio Donini is co-founder of United Against Inhumanity www.against-inhumanity.org  He has more than 15 years of experience of working in and on Afghanistan first as UN humanitarian worker and later as a researcher.