Home Dossiers A world of inequalities for LGBTQ+ people 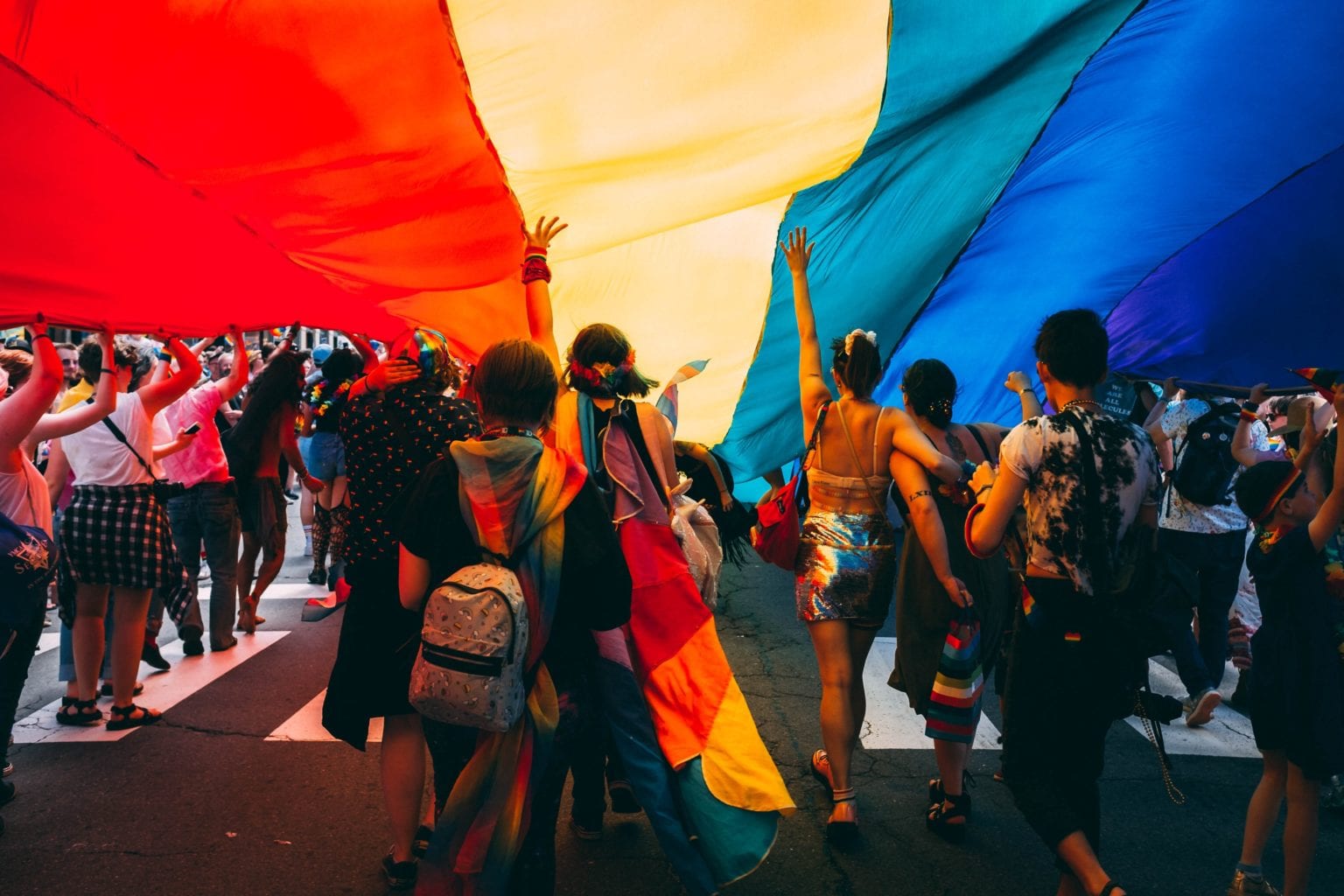 Homosexuality is still criminalized in 69 Countries around the world, and no region of the planet is immune to discrimination against LGBTI individuals. The recognition of the rights of LGBTI people (lesbian, gay, bisexual, transgender, intersex) is part of the objectives of the United Nations 2030 Agenda, which includes them in its “Goal 10”, which aims to reduce inequality within and between states.

In Asia and the Near East

WHO DOES WHAT: Refugee status for LGBTI people

FOCUS 1: The homophobic march of Senegal

There are currently 124 states (64% of UN member states) where consensual homosexual sexual acts between adults are legal. 69 UN member states continue to criminalize consensual homosexual sexual acts between adults (67 by explicit legal provisions, while in 2 discriminative systems are enforced de facto). Furthermore, these acts are criminalized in a non-independent territory (Cook Islands, New Zealand) and in some jurisdictions within two member states of the United Nations (Gaza in Palestine, and some provinces in Indonesia)

In 6 states, the death penalty is the legally prescribed punishment for consensual homosexual sexual acts: Brunei, Iran, Mauritania, Nigeria (although only in 12 Northern States), Saudi Arabia and Yemen. In five other States – Afghanistan, Pakistan, Qatar, Somalia (including Somaliland) and the United Arab Emirates – some sources indicate that the death penalty could potentially be imposed for consensual homosexual conduct, depending on the case specifics as there is less legal certainty about it.

At least 42 States have legal barriers to freedom of expression on matters of sexual orientation and gender identity, and in at least 51 UN Member States exist legal barriers to the formation, establishment or registration of NGOs working on issues related to sexual and gender diversity.

31 States in the African Countries see homosexuality is as a criminalized behaviour, while only 22 recognize homosexuality as legal. The most recent States that decriminalized it were Botswana, through a sentence in the High Court, Angola, with a reform of the criminal code adopted by a large majority, and Gabon. In July 2020 Sudan repealed the death penalty for consensual homosexual sexual acts. In South Africa, LGBTI people enjoy (at least on paper) equal rights with heterosexuals (egalitarian marriage was introduced as early as 2006).

According to Amnesty International, in Mauritania, Nigeria and Somalia, members of the LGBTI community risk the death penalty. Homosexuality is punished with imprisonment in many other countries in the continent. The strictest laws are found in Gambia, Sierra Leone, Uganda, Kenya, Tanzania, Zambia, which in some cases foresee life imprisonment. In States such as Eritrea and South Sudan, LGBTI people can face between 7 and 10 years  convictions.

Both Libya and Cameroon prescribe up to 5 years in detention. In Morocco, detention can be up to 3 years, same as in Ghana, Guinea, Togo and Tunisia. In Algeria and Chad LGBTI people can be sentenced to up to two years in prison, which is only 1 year in Liberia and Zimbabwe. In many of the countries mentioned, economic sanctions are also prescribed.

Moreover, in Egypt, homosexuality is not criminalized by law but is socially and de facto, as shown by various reports. In 22 out of 54 states, including Niger, Mali, Burkina Faso, Ivory Coast, Congo, Gabon, Madagascar, there is no protection or specific criminalization for the LGBTI community but, as noted by Amnest, the fact that consensual relations between persons of the same sex are defined as legal does not prevent episodes, of various intensities, of discrimination and social stigma.

In Asia and the Near East

In Asia and the Near East several States criminalize homosexuality. This section provides an overview. Saudi Arabia rules that married men guilty of sodomy are to be sentenced to public execution, but some Saudi Embassy officials in Washington recently pointed out that the death penalty only applies to crimes of sexual violence involving minors.

There have been no executions of homosexuals in the United Arab Emirates since 2011, but sex between men is equated with rape. Civil law, on the other hand, provides for chemical castration and deportation for foreigners found guilty with such behaviour. Harsh censorship is established in Yemen both for the national press and for websites expressing support to LGBT rights. Married men guilty of sodomy can be sentenced to death, while women can face up to three years in prison.

In Afghanistan, Islamic law is applied to such matters. Although the criminal code establishes “light” penalties for fornication between consenting adult men, Shari’a is applied as a supplementary law. In Iran, homosexuality was criminalized in 1979: consensual relations between adults are punished with the death penalty.

Homosexuality is also seriously condemned in Pakistan and in the Sultanate of Brunei. Bangladesh adopts, at least on paper, life imprisonment for those who practice “unnatural” relationships with men, women or animals, while in Myanmar the criminal code declares that acts against nature are punished with imprisonment, that can sometimes amount to a life sentence.

According to the tenth edition of the annual report of the human rights situation of LGBTI people in Europe and Central Asia 2021 by ILGA-Europe, the Covid19 pandemic highlighted “all the gaps in terms of lived realities of LGBTI people across Europe and Central Asia”. According to the organization, there has been a deterioration in the warranties offered by democracy.

In Poland and Hungary, attacks on freedom of assembly continue to be a growing trend with crackdowns, brutal attacks and court cases against people who took part in Pride events in 2019. The report shows a substantial increase in hate speech in such regions, both from official sources, in the media and online. The politician’s tendency to verbally attack LGBTI people has grown dramatically, while many religious leaders have directly blamed LGBTI people for Covid19.

The Ilga-Europe Annual Review 2021 also shows a significant growth in opposition to trans rights across Europe, which is starting to have a broad and negative impact on the legal recognition of gender. Legal regression and stagnation are found in 19 countries, many of which have seen opposition forces become louder, claiming that promoting protection against discrimination and self-determination for trans people would harm women’s rights or “children protection”.

Who does what: Refugee status for LGBTI people

The 1951 Geneva Convention recognizes the subjective right to seek protection to anyone who fears being persecuted for reasons of race, religion, citizenship, belonging to a specific social group or upholding political opinion. In the original text there was no explicit reference to sexual orientation and gender identity, but they were later included among the relevant elements of the definition of refugee. According to UNHCR guidelines, anyone who is forced to hide their gender identity or sexual orientation in their country of origin can seek asylum.

“If there is a well-founded concern of suffering persecution – is stated – then the demand is well founded and the status can and must be granted not only if the persecutions come from the State, but also from those who are defined as” non-state actors “or the family, criminal gangs or even the community in a broad sense “.

FOCUS 1: The homophobic march of Senegal

Some hundreds of people have demonstrated on Sunday 23 May in Dakar, Senegal,  to demand that homosexuality become a crime. In Senegal it is currently not illegal to declare oneself gay, even if sex in flagrante is punishable by up to five years in prison.

The demonstration, organized by And Samm Jikko Yi, a civil society collective that aims to promote “correct values”, was attended by religious leaders and civil society personalities.

According to news agencies that covered the event, amid applauded slogans and speeches that supported the rightness and legitimacy of homophobia, some protesters went further, shouting phrases such as: “We will kill them”, or “we will burn them alive”.

The demonstration is part and prove of a context in which the rights of homosexual people are already practically non-existing. The government of Senegal has repeatedly ruled out the legalization of homosexuality and the President, Macky Sall, has stressed in the past that although homosexuals are not ostracized in the country, the ban on homosexual practices reflects cultural customs.

In Uganda, the LGBTI community is discriminated against by law. In fact, in December 2013 the anti-homosexuality bill was approved in parliament, with norms that prescribe extended penalties to those who “promote” homosexuality. According to the law, therefore, anyone who belongs to the LGBTI community and is accused of having had a consensual sexual relationship with a person of the same sex risks life imprisonment. The punishment also applies to those who “promote homosexuality”, even just by talking about it, and to those accused of “sponsoring or financing homosexuality”. Ugandans or foreigners residing in Uganda are required to comply with this law.

When proposed in 2009, the law was dubbed the “Kill-the-gay Bill”. At the time of its approval it became the “Jail-the-gay Bill”, as the death penalty was replaced by life imprisonment.