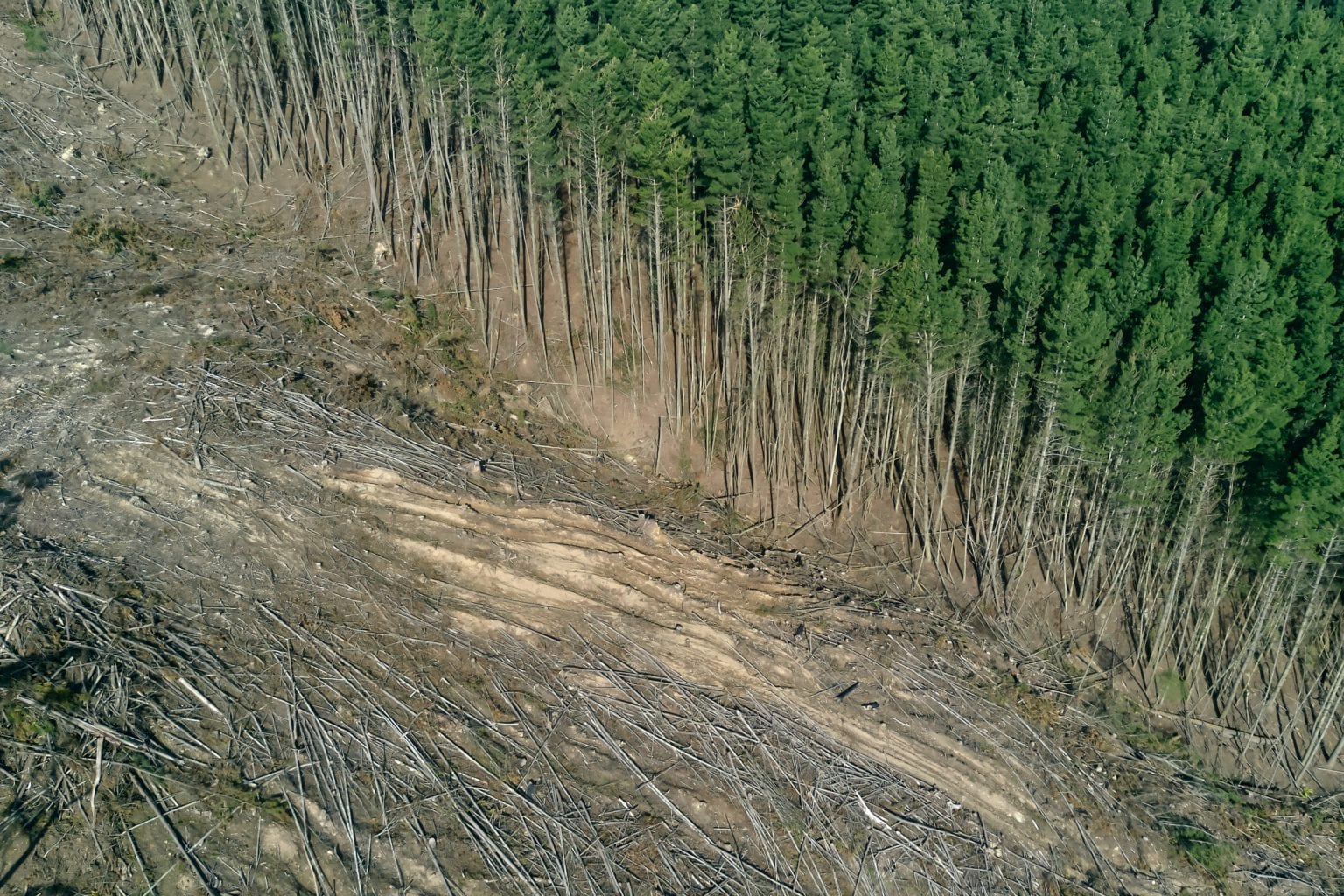 One of the phenomena responsible for climate change is undoubtedly deforestation. But how does this relate to large-scale land acquisitions for commercial agriculture and crops, which have grown at an alarming rate around the world? And how is this agrarian transition also linked to climate change? In this dossier, we unveil the answers that recent studies have given to these questions.

The role of the agrarian transition

WHO DOES WHAT: The “Save the forests” Network

FOCUS 2: The role of small farms

The latest report by the Environmental Paper Network (EPN) civil society coalition “Sustaining deforestation” reminds us that deforestation and degradation of peatlands is not just about the Amazonian green lung. The greed for profit is also stricking its green victims in Borneo, a Southeast Asian island rich in rainforests. There, thanks to the analysis of satellite images, the EPN report has documented a constant degradation of forests from peat bogs, especially in the area granted to the PT Adindo Hutani Lestari (Adindo) company, one of the largest global suppliers of wood pulp of the APRIL group.

While this multinational business does not miss an opportunity to exhibit its sustainability license and its commitment to “not deforest” undertaken by the group as early as June 2015, the results of the report, also signed by Greenpeace and Rainforest Action Network, instead denounce “the constant and significant violations of the commitments both by the APRIL group and by its parent company, the Royal Golden Eagle (Rge) group ”.

APRIL declares that it has respected its “Policy” of sustainable forest management 2.0, and since 2016 it has commissioned KPMG Performance Registrar Inc  to guarantee its supply chain with “limited guarantee relationships” useful to protect it from suppliers who do not comply with environmental criteria adopted.

However, even if none of these relations include the extensive deforestation that occurred in the Adindo concession, the EPN report leaves no doubt that APRIL and the RGE group continue to have Adindo among the list of external suppliers. A difficult situation to reconcile with the choice to protect the environment of Borneo and with the complex corporate structure of Adindo, built through a complex network of offshore holding companies, with the effect of obscuring who controls the company. The report’s findings also cast doubts on the sustainability of cellulose pulp supplied by APRIL’s smaller companies, including the well-known Sateri, which is one of the world’s leading producers of “viscous staple” (Vsf) fibers. According to the Changing Markets Foundation (FCM), among the customers of Sateri and, indirectly, of APRIL, are many of the largest fashion brands in the world, clothing stores and online retailers such as Tesco, H&M, Marks and Spencer and Espirit, which admitted they sourced from Sateri in 2019. Also, as many other brands refuse to declare their sources of supply, it is possible that the brands reviewed by FCM in its Dirty Fashion inquiry are only a small part of the problem.

The EPN report was released after the German arm of the World Wildlife Fund (WWF) had revealed in the study “Mehr Wald geht durch Corona verloren” how ” while the Covid19 virus was spreading around the world, deforestation in rainforests was growing at an alarming rate”. The report, which analyzed satellite data from 18 countries processed by the University of Maryland, showed that in March, deforestation grew by 150% compared to the average of the same month in 2017-2019, sacrificing about 6,500 square kilometers of rainforest.

In this green hemorrhage, Indonesian forests are the most affected, with over 1,300 square kilometers lost. Second is the land of the Democratic Republic of the Congo, with 1,000 square kilometers, followed by Brazil with 950 square kilometers. According to the Brazilian research institute Imazon, deforestation also increased in April of this year, recording a loss of 529 square kilometers in the Amazon, an increase of 171% compared to the same month last year. According to Christoph Heinrich, WWF nature conservation manager in Germany, “This indicates that we are dealing with a coronavirus effect on deforestation rates” as “Severe blockades around the world have prevented authorities from patrolling nature reserves and indigenous territories, while the surge in home delivery orders has increased the demand for products ”. This represented a unique opportunity for criminal organizations and illegal loggers, who have used the situation to their advantage.

But this predatory economic system against forests, recently also helped by Covid19, in recent years has also affected North Africa, where deforestation has registered a significant increase due to the growing demand for charcoal. This product is obtained by the slow-burning of wood, in fires covered in dirt. In the past, the North African population collected dry wood locally, without having destabilizing impacts on the forest, but the recent growth in demand for coal, and therefore the surge in its price, represented a strong incentive for its production. The result is an exponential increase in fires affecting forestal ecosystems, which play an important role in the well-being of the population and host unique biodiversity. Today, therefore, the coal business poses a threat to the health of North African forests and fires are likely to deteriorate soil, intensify desertification and accelerate climate change.

The role of the agrarian transition

Large-scale land acquisitions for commercial agriculture and commercial crops have increased at an alarming rate around the world. According to the report “Energy implications of the 21st century agrarian transition”, published on the Nature Communications journal, the ongoing agrarian transition from smallholder farming to large-scale commercial farming is reshaping systems of production and human well-being in many regions. The research, which uses data from the Land Matrix platform, considers the hidden energy consumption and the carbon impact of this “great agrarian transition”.

WHO DOES WHAT: The "Save the forests" Network

“Salva le Foreste” (Save the Forests, in Italian)  is an independent observatory on primary forests created with the aim of protecting the planet’s natural forests. Salva le Foreste is part of the international Taiga Rescue Network, the Forest Movement Europe networks of the Global Forest Coalition and the Shrink campaign.

Salva le Foreste analyzes the causes of forest destruction, and promotes innovative proposals for their responsible use, exploring creative approaches and new development models, that can be respectful of forests, of the life they host, of the communities that inhabit them and their social values.

Recently, the international network Salva le Foreste recalled that “A Mediterranean forest takes several decades to recover and restore its balance again. Climate change has already increased the surface of fires in the African region and the increase in anthropogenic disturbances linked to coal production could permanently undermine the resilience of the environment, the economy and human well-being “.

Global food systems are the main energy consumers: they contribute to climate change because they utilize 15-30% of global primary energy and emit 25-34% of total global greenhouse gas emissions. Although 35% of these emissions are caused by dairy and meat production, the remainder comes from activities related to agricultural production for direct human consumption.

According to the report by Lorenzo Rosa, Maria Cristina Rulli and Saleem Ali, greenhouse gas emissions associated with deforestation and land use change (that interested 40 million hectares of plots) have recently been estimated at 8 gigatonnes of CO 2 equivalent over the perio 2000-2016. Research and science have largely overlooked the energy use and related greenhouse gas emissions linked to LSLA-induced agrarian transition, and to the other dynamics the expansion of commercial agriculture.

The role of small farms

Globally, farms extending on less than 2 hectares produce 30% of the food supply, make up over 24% of agricultural areas (360 million hectares) and, according to the “Energy implications of the 21st century agrarian transition” report, they cover an important role in supporting the food security of local populations. Assuming that 360 million hectares of global small farms will switch from low-input to high-input agriculture, an additional 0.6 gigatonnes of CO 2 equivalent per year would be emitted, raising the current agricultural-caused greenhouse emissions by 4% globally.