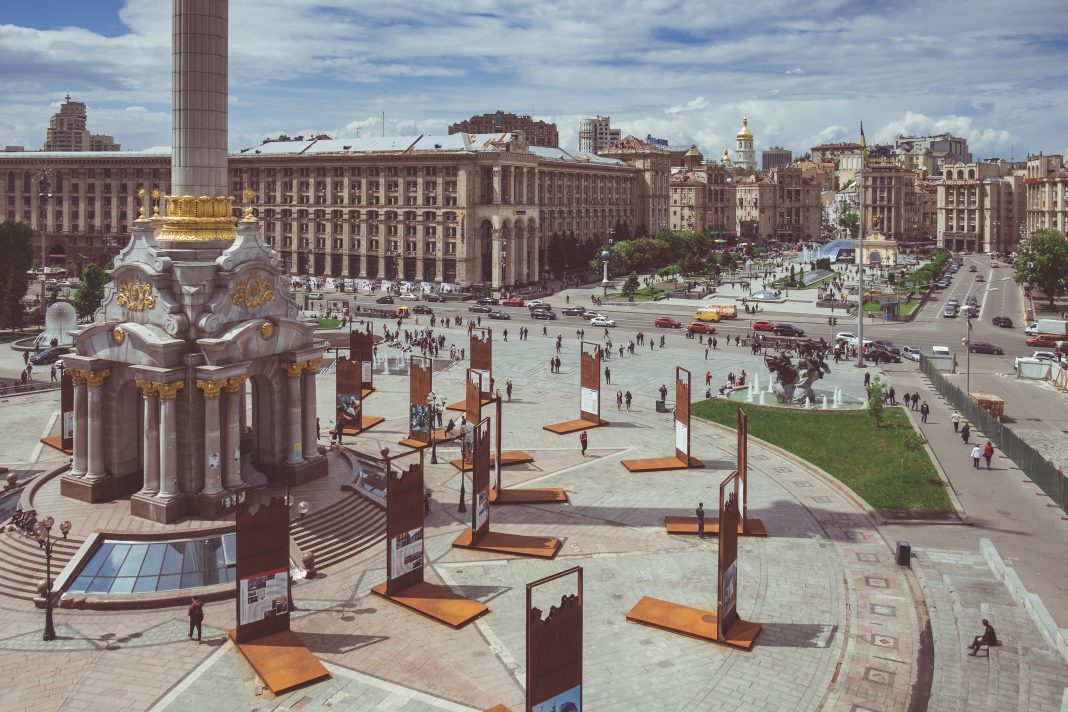 It has been 100 days more or less. The war between Russia and Ukraine is slipping over the World, becoming background noise in spite of the tragedy experienced by the people. Exemplary is what happened in Lviv, with the parade of empty yellow school buses: a symbolic gesture to remember the 243 children killed to date by the war. Figures from international agencies are merciless: officially, at least two children have been killed every day in Ukraine.

Moscow continues its military offensive. Russian infantry has reached the centre of Severodonetsk and is trying to consolidate its positions. This was admitted by Ukrainian Defence Ministry spokesman Oleksandr Motuzyanyk. Moscow’s armed forces have reportedly concentrated their reserves there, aiming to reach the border of the Lugansk region. The tactical objective is, eventually, to control Severodonetsk. And then, from there, surround Lysychansk. The Ukrainians continue to resist. They will receive new weapons from the US. President Biden hesitated, then decided: he will supply Kyiv with Himars launchers. They can launch rockets up to 80 kilometres and, therefore, could be used to hit Russian territory. ‘An extremely negative development,’ explained Russian Deputy Foreign Minister Serghiei Ryabkov. “Any supply of weapons to Kyiv,” he added, “increases the risk of a direct confrontation between the US and Russia. For Russian Foreign Minister Lavrov, “the US supply of multiple MLRS rocket launchers to Kyiv would risk provoking a widening of the conflict with the involvement of third countries. Ukraine’s demands for foreign weapons are provocations aimed at involving the West in the conflict’. In the meantime, Russian nuclear forces are exercising northeast of Moscow and the ultra-modern frigate Admiral Golovko, equipped with hypersonic weapons, will enter service in the Russian Northern Fleet by the end of 2022.

It is the weapons that are talking, in short, while diplomacy and politics are stuttering or mute. The European Union exposes itself to ridicule with the sixth sanctions package. It provides for restrictions on the purchase of oil and the agreement among the 27 was painstakingly reached, only thanks to a strong derogation granted to Hungary. Just 24 hours after the approval, Budapest put the stick back in the creaky European wheels, asking to exclude the Orthodox Patriarch Kirill – who has always been in favour of the war decided by Putin – from the sanctions. Inevitably, a new negotiation began, which demonstrates the difficulties of the 27 to move in a united manner.

Erdogan is one of the few who cal claim to have gained something at all: the Turkish president is said to have reached an agreement with Putin on the participation of his fleet in the demining operations in the port of Odessa. Russia, for its part, would have guaranteed transit. This would allow traffic to resume, especially the transport of grain. This is an important game: the new war in Ukraine, with the consequent blockage of the grain trade, is bringing entire countries of sub-Saharan Africa and the Near East to their knees. We are talking about hundreds of millions of human beings at risk of hunger. Pope Francis has launched an appeal: ‘Do not use wheat, a staple food, as an instrument of war’. The tragedy of the Ukrainian war is threatening to become a catastrophe.