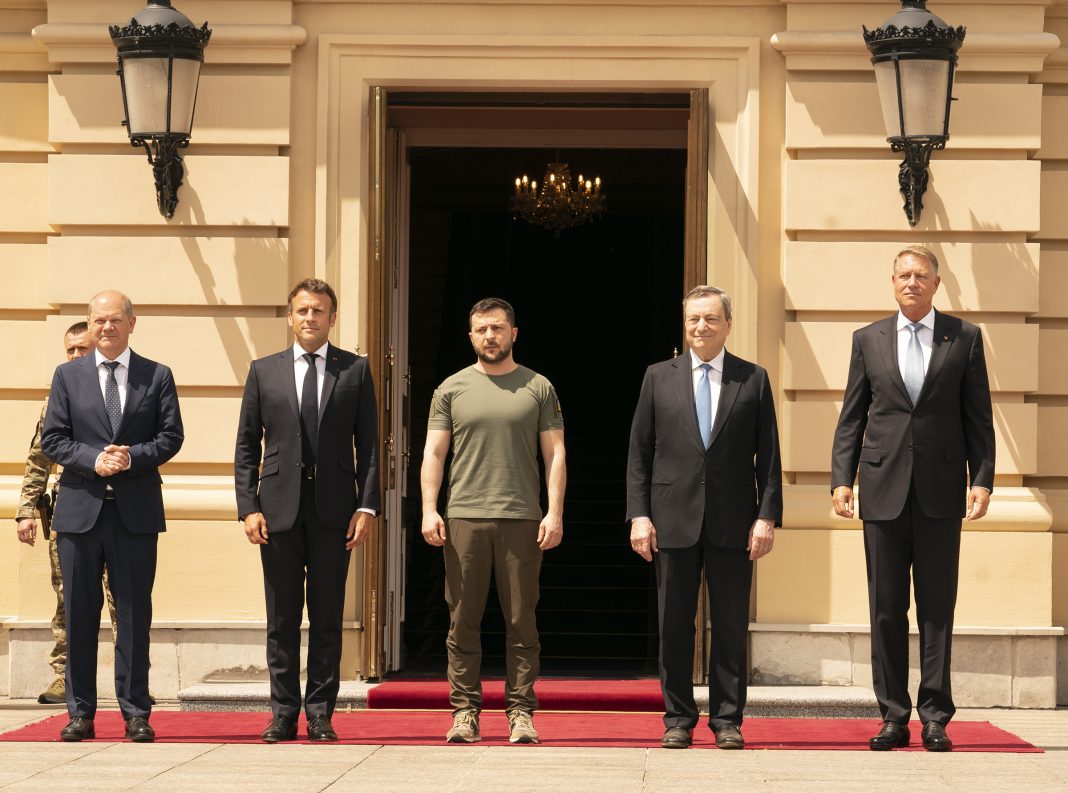 By Raffaele Crocco, our weekly round-up of the news in Ukraine as the war continues to rage.

War is only horror. In Ukraine as elsewhere. Now, 111 days into the Russian invasion, the Office of the United Nations High Commissioner for Human Rights says that – officially – at least 4,481 civilians have been killed. The count is appalling: 1,739 men, 1,159 women, 119 girls and 125 boys, plus 40 children and 1,299 adults whose gender is still unknown. Most were victims of bombings, missiles and air strikes.

A massacre added to that of the soldiers. How many? Estimates speak of a total number, i.e. casualties suffered by both armies, now close to 50,000. A carnage, which does not stop the battle. The Russian offensive goes on. Moscow’s army, observers say, is moving along nine different directions, determined to close the game in Lugansk. The biggest effort is on Severodonetsk. Civilians have left the city en masse. The fighting is around the Azot chemical factory. There the defenders are said to be barricaded in, with a few thousand civilians. Pro-Russian militias have reportedly entered the perimeter, but the fighting is furious.

For the Russians, however, the war is far from easy or won. According to British intelligence, Russian troops in the Donbass are reportedly struggling: ‘They are probably operating while severely understaffed,’ one official told international agencies. ‘Some battalions’ tactical groups, usually consisting of around 600-800 soldiers, have been able to muster just 30. The soldiers move on foot and the advance is slow’. Kiev, for its part, announces its military goals: to liberate all territories occupied by Russia, including Crimea.

Whether these are achievable goals remains to be seen, but so be it: these are the conditions. This was clearly reiterated by Ukrainian President Zelensky during the visit to Ukraine by the leaders of France, Italy and Germany. Macron, Draghi and Scholz arrived by train. They went to Irpin, ‘where ruthless murders took place’, said the French president. ‘We are not at war against the Russian people as a collective,’ he added, ‘we have continued to talk to Putin, but we have always informed Zelensky. The modalities of peace will only be decided by Ukraine and its representatives. France and Germany will never negotiate with Russia behind Ukraine’s back’. Draghi added: ‘You have the World on your side’.

Which is not exactly true: the Russians are elsewhere. This is confirmed by a new Twitter attack by Dmitry Medvedev. The former Russian president writes ‘European fans of frogs, liverwurst and spaghetti love to visit Kiev with zero utility’. Yet another series of insults, a week after the heavy phrases – also by Medvedev – about hating Western culture and wanting to see Russia’s enemies eliminated. The hope of all is that he will never be the one to sit at a future, eventual, peace negotiation table.