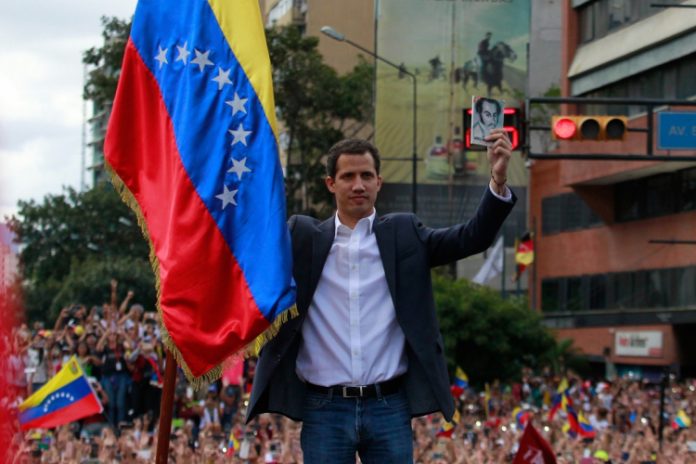 Venezuela is in the midst of an unprecedented social and humanitarian collapse that has led to food insecurity, the second largest migration crisis in the world and regional instability. The international community has responded with pressure against the regime and has shown support for an opposition-led government, but to date it has not been successful in bringing about positive change.

In fact, while Russia, China, Cuba, El Salvador and Turkey continue to recognize Maduro as President and subordinate their dialogue to this condition, the United States of America, Brazil, Canada, Colombia, Peru and roughly all of Europe have recognized Juan Guaidó since January 2019. Although, since the 2021 legislative elections a number of states and the European Union have declared that they only support him as a leading figure in the opposition.

At the moment, the Venezuelan opposition is trying to smooth out internal disagreements ahead of the presidential elections scheduled for 2024, although Maduro could bring forward the date as he already did in 2018. Although the opposition parties have been largely defeated in the regional elections of November 2021, in the elections of January 9, 2022, they won a victory in the governorate of Barinas, traditionally a stronghold of the ruling party. After previous failed negotiations in the Dominican Republic (2018) and Barbados (2019), in 2021 the Government and the opposition finally met in Mexico to draft a seven-point memorandum that serves as an agenda for the ongoing dialogue to work on to find a way out of the Venezuelan impasse produced by the dangerous mix between economic crisis, political stalemate and lack of credibility of democratic institutions. Democratic forces in Venezuela must be strategic in planning how to mitigate the influence of malicious outside actors who could accelerate and benefit from the collapse of the state. A negotiated restoration of legitimate and representative state institutions as well as urgent economic reform are vital if the country is to resolve the political crisis peacefully and reduce mass emigration.

It is now clear that the transition to a democratic Venezuelan future will necessarily have to pass through female leadership. For now, however, being a Venezuelan politician involves facing serious and systematic violations of human rights, in several cases even political exile. For this and other reasons, at the end of 2020, Adrienne Arsht Latin America Center of the Atlantic Council (Aalac) founded the #RedDEApoyo Promoting Women’s Participation and Leadership in Venezuela’s Peacebuilding Efforts, a women’s network made up of fifty then representatives of the National Assembly of seven political parties, eleven former ambassadors appointed by the interim government and over a dozen civil society organizations, with the aim of reaching a negotiated political solution to the unprecedented social and humanitarian collapse the country is experiencing. In the following years, Aalac continued to lead a coordinated and multifaceted campaign to promote women’s influence and decision-making power on Venezuela’s peacebuilding efforts.

Furthermore, Aalac, in his peace building project in the country, has launched the Venezuela Congressional Fellowship program which aims to build an impartial and peaceful conversation with the staff of the US Congress. The program aims to promote long-term engagement on Venezuelan issues and encourage relevant stakeholders to assess the impact of the US and international community’s foreign policy towards Venezuela. In fact, the Venezuelan crisis is a multilevel crisis and therefore the need for equal negotiation. Since 2018, the United States Institute of Peace (USIP) has been working to create the conditions for a peaceful negotiated political solution in Venezuela by strengthening engagement and supporting moderate civil society actors, especially women, who play an essential role in a successful and sustainable negotiation process.

The Institute’s extensive alliances with civil society actors include youth, religious and ecumenical leaders, peace-building women and private sector leaders who aim to advance dialogue, social cohesion and the promotion of tolerance in order to build a fertile ground for a peaceful and negotiated policy as a solution to the crisis. The USIP also supports exchanges between women leaders seeking to bridge political and social divides, by supporting a network of more than five hundred organizations across Venezuela who are promoting an inclusive dialogue, with the aim of mitigating deep polarization and helping to reconstruct the democratic social fabric of Venezuelan society.

On 3 November 2021 Karim Khan, the new Prosecutor of the International Criminal Court (ICC), announced that he will launch an investigation into crimes against humanity in the country. These include allegations of systematic human rights violations during the massive demonstrations that engulfed Venezuela between April and July 2017, when the confrontation between the Maduro government and the opposition hit a peak. According to the Office of the UN High Commissioner for Human Rights, 124 protesters died and over 5000 were detained. The Prosecutor’s decision to open the investigation is, in many ways, a landmark. It is the first time that crimes committed in the Americas have come under formal ICC investigation. Khan made his move based in part on the conclusion that, so far, Venezuelan authorities have proven unwilling or unable to mount a genuine effort to bring the alleged perpetrators to justice.

Find out more about the Adrienne Arsht Latin America Center