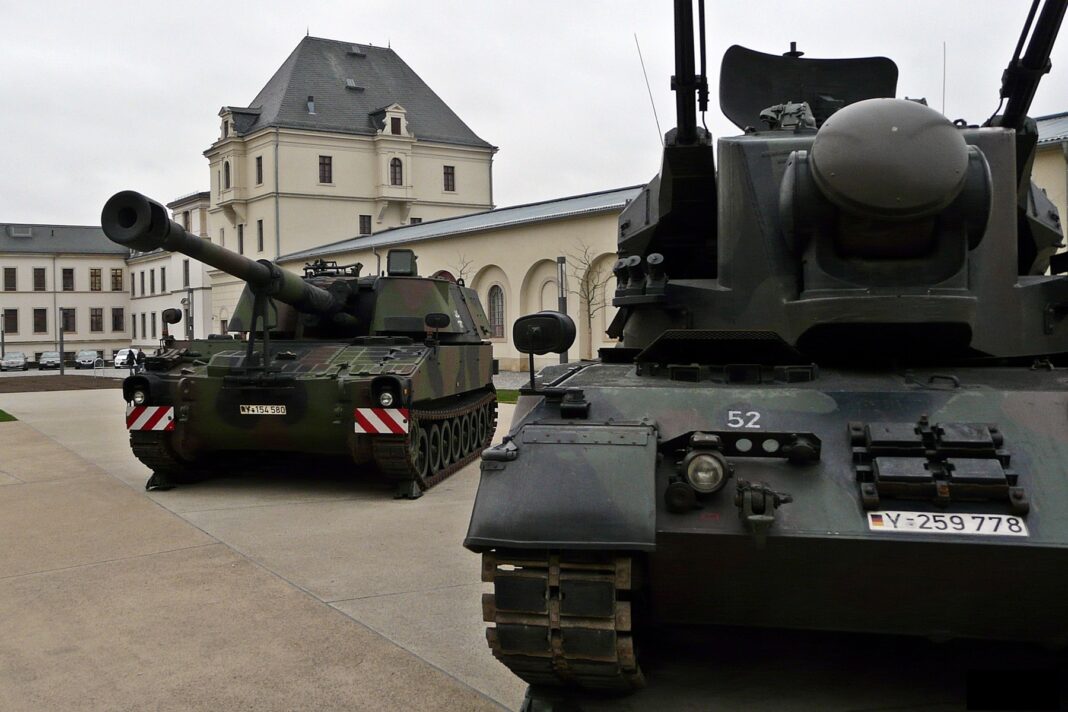 Tension rises between Bern and Berlin over the war in Ukraine. Germany would like to supply Kiev with 35 mm ammunition for the German Gepard anti-aircraft tank. The crux of the matter is that Swiss munitions were delivered to Germany long ago and Berlin needs Bern’s permission to re-export them. However, the Swiss Federal Council had already refused to give this consent in the spring, because the Neutrality Act and the War Material Act do not allow it. According to the current legal situation, in fact, Switzerland is not allowed to authorise the export of war material to countries ‘involved in a domestic or international armed conflict’.

In a letter dated 14 October, the Ukrainian Defence Ministry sounded the alarm: the Ukrainian armed forces are threatening to run out of ammunition for the Gepard anti-aircraft tank. Ukraine is aware of Switzerland’s neutrality requirement. For this reason, Kiev now seems to be using another line of argumentation, stating that it wants above all to protect grain exports on the Black Sea coast and avoid famine in parts of Africa and Asia. The Ministry also emphasises that the grain exports have taken place thanks to UN mediation.

Christine Lambrecht, German Defence Minister, is trying to convince the Swiss government to change its mind. She wrote to Swiss Defence Minister Viola Amherd and asked her for a re-export licence for Swiss munitions: ‘The corresponding infrastructure in the Ukrainian Black Sea ports is largely protected from Russian air attacks by the Gepard anti-aircraft tanks supplied by Germany to Ukraine. Therefore, Ukraine’s demand for ammunition is well-founded: it should ‘be met by all means’.

According to Christian Democrat Roderich Kiesewetter, an influential member of the Bundestag’s Foreign Affairs Committee, in the face of a war that not only affects all European countries, but also causes suffering globally, the reference to neutrality is impractical. He even invoked the term ‘non-assistance’. Others have resorted to threats. Marcus Faber, a member of the Defence Committee of the Liberal Democratic Party (FDP), is one example. ‘If re-exports are not possible in a case like this, in my opinion it will no longer be possible to buy weapons from Switzerland in the future. In other words, Berne should not sell arms to Germany, which is Switzerland’s biggest customer in this sector, with around 23% of total exports in the last 10 years.

The government’s approach is also criticised in Switzerland. Elisabeth Schneider-Schneiter, who sits in parliament for the ‘Die Mitte’ party, called on the government to use the emergency law to allow the handovers. According to the Ministry of Economics, however, the legal situation does not allow intervention via the emergency law: it only comes into force if there is no clear legal regulation. But this is not the case.