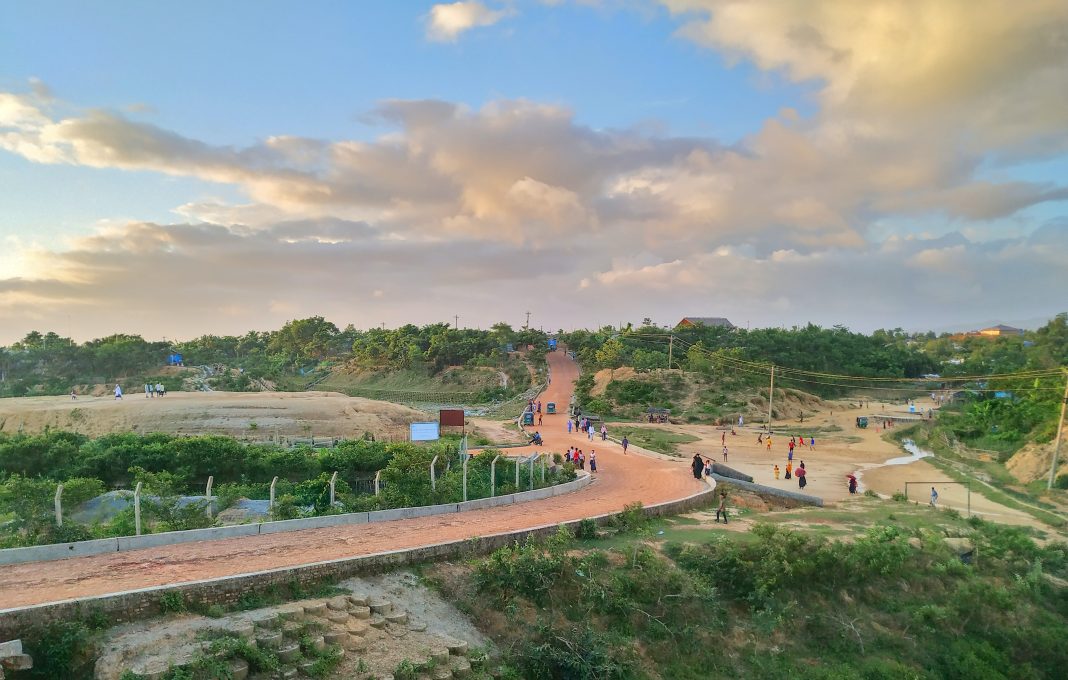 By Sania Farooqui for IPS

On August 25, 2017, “Myanmar military began a sweeping campaign of massacres, rape, and arson in northern Rakhine State”, said Human Rights Watch in its latest report, Myanmar: No Justice, No Freedom for Rohingya 5 Years On: Anniversary of Atrocities Highlights International Inaction.

Today, this day is marked as Rohingya Genocide Remembrance Day, the day that forced almost 750,000 Rohingyas to flee to Bangladesh, while about 600,000 remain under “oppressive rule” in Myanmar.

“No one has been held accountable for the crimes against humanity and acts of genocide committed against the Rohingya population. This anniversary should prompt concerned governments to take concrete action to hold the Myanmar military to account and secure justice and safety for the Rohingya in Bangladesh, Myanmar, and across the region,” the report said.

For the hundreds and thousands of Rohingya refugees who entered southern Bangladesh through beaches and paddy fields in 2017, “they brought with them accounts of the unspeakable violence and brutality that had forced them to flee,” UNICEF said in this report.

“Those fleeing attacks and violence in the 2017 exodus joined around 300,000 people already in Bangladesh from previous waves of displacement, effectively forming the world’s largest refugee camp,” the report said. As of August 2022, about one million Rohingya live in refugee camps in Cox’s Bazar in Bangladesh.

Dr Mohsina Chaklader, a doctor with Humanity Auxilium, in an exclusive interview with IPS, said: “Rohingya refugees arrived with physical and mental trauma that were directly attributable to the offenses from the Myanmar army – which includes physical violence, deaths of loved ones, many days of journey with no food.”

Humanity Auxilium is a health-based NGO that provides health care and training to the world’s most marginalized communities.

“The conditions I witnessed included fractures, deep wounds, malnutrition, infections, and post-traumatic stress disorders. Rohingya women and girls comprised more than 50 percent of the population that came to these camps. They faced unique challenges as many were tortured and gang-raped during the genocide, and many gave birth to children as a result of those rapes. These victims were also rejected by their husbands due to the rape and assault. These days women are worried about the future of their children who are born in these camps.”

While there have been improvements, the Rohingya refugees’ conditions are still dire.

“From my very recent visits, I saw greater structural organization, but camps still continue to lack infrastructure – proper drainage systems, toilets, safe, clean water supply, and mudslides across the camps hinder mobility. The challenges are still enormous. Medical care is not sufficient to meet the demands of a population living in cramped and unhealthy conditions,” Chaklader said.

About half a million Rohingya refugee children are exiled from their home country. Many born into this limbo today have little access to education.

“In the absence of a political solution and resettlement of refugees in third countries, it will be important to develop economic self-sufficiency within the camps,” says Chaklader.

“While Bangladesh has been generous in receiving the refugees, the government can do more to provide educational and economic opportunities to the people in the refugee camps. Bangladesh, being a developing country, needs more urgent cooperation and funding from the international community in order to deliver to the needs of the refugees,” said Chaklader

The High Commissioner reiterated the importance of ensuring that “safe and sustainable conditions exist for any returns and that they be conducted in a voluntary and dignified way. The UN is doing the best we can to support them, we will continue doing that, but we also need to deal with the profound roots of the problem. We need to deal with that and ensure that they can go back to Myanmar –  when there are conditions for safety and voluntary return”.

In Myanmar, however, most Rohingyas have no legal identity or citizenship, and statelessness remains a significant concern. Rohingya children in Rakhine State, meanwhile, “have been hemmed in by violence, forced displacement and restrictions on freedom of movement”.

Until the conditions are in place in Myanmar that would allow Rohingya families to return, they continue to remain refugees or internally displaced persons living in overcrowded and sometimes dangerous conditions.

With looming evidence of human rights violations committed by Myanmar security forces against ethnic minorities in Myanmar, in November 2019, the Gambia initiated proceedings against Myanmar based on the Genocide Convention, invoking state responsibility for Myanmar’s self-described “clearance operations” in 2016 and 2017 against the Rohingya, an ethnic Muslim minority in Myanmar.

Based on this application filed in the International Court of Justice (ICJ), in 2020, the court issued a provisional measures order pursuant to Article 41 of the ICJ Statute ordering Myanmar to prevent the commission of genocidal acts; to ensure its military, police, or any other irregular force supported or directed by it or under its control not commit genocidal acts, and to submit a status report every six months until a final judgment by the Court.

In February 2022, court hearings were held to consider Myanmar’s objections to the jurisdiction of the ICJ and the admissibility of the case filed in January 2021. The court rejected Myanmar’s four contentions prima facie in the 2020 provisional measures order.

Welcoming the progress at the ICJ despite concerns regarding the military representing Myanmar at the ICJ, Asia Justice Coalition, in a press statement, said: “The case provides an opportunity to see the junta respond to allegations of genocide before an international legal forum and to fight against entrenched impunity in Myanmar. The proceedings before the ICJ are a significant means to hold Myanmar accountable for the mass atrocities against Rohingya.”

Garnering some momentum for justice and to end the rampant culture of impunity in Myanmar, in March 2022, the United States government formally determined that the Myanmar military committed crimes of genocide and crimes against humanity against ethnic Rohingya Muslims in Rakhine State.

While human rights groups have welcomed these efforts, there is still a rising concern about the migrant flow into South Asian and Southeast Asian countries, as these regions continue to see an increase either in anti-Muslimism, anti-refugee, or uneven refugee protection sentiments. It would also be necessary for governments to adhere to international conventions regarding refugees when addressing these ongoing migration and mass humanitarian crises.

With Myanmar’s unstable state since the military seized power in February 2021, conditions for safe repatriation to this region are not yet an option. On the fifth anniversary of the Rohingya Genocide Remembrance Day, any further delay in international justice processes for genocide, reporting of gross human rights violations, or lack of the much-needed humanitarian support from neighbouring countries, funding, and international community support, we are only going to continue prolonging the plight of the most persecuted minority in the world.

They have already lost their homes, they have been unable to claim citizenship in a country as it refuses to recognize them, are living in camps, fleeing on boats, and have been beaten, raped, abused, displaced, and many killed. In any international legal discourse, human dignity always performs a central role. It is time the world gives the Rohingya the one thing that has been stripped off them: their right to human dignity.