Home World Near East The dangerous escalation of the Yemeni war 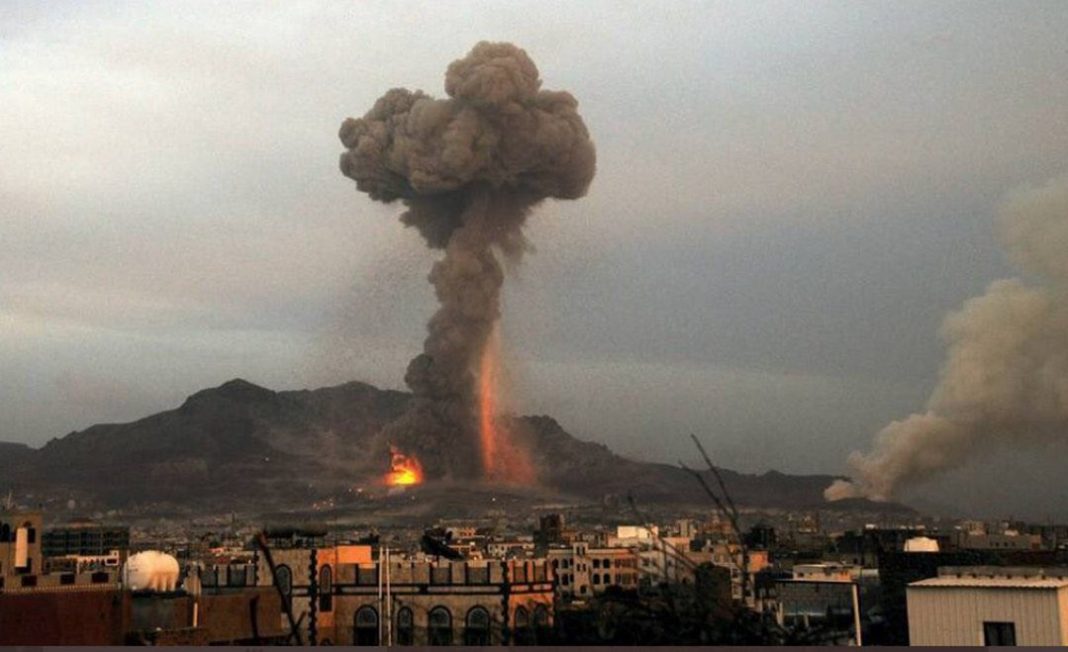 The recent brutal events of the war in Yemen suggest that we might be approaching a dangerous new phase of the conflict, now entering its seventh year. In two days (January 21 and 22) the Saudi-led Coalition against the militias of North Yemen, the Houthi, supported by Iran, has unleashed a violent bombing on the capital Sana’a, on Hodeida, a port city very important from the strategic point of view and on Sa’ada, a city located in the North of the country and stronghold of the Houthi. All this is in response to the two missile attacks that the Houthi had launched a few days prior against the United Arab Emirates, hitting the capital Abu Dhabi and killing three Pakistani airport workers.

The escalation of the conflict started in the last months of 2021. According to the Yemen Data Project, the web portal collecting since 2015 data on the war in Yemen (and in particular reporting on the Coalition’s bombings), reveals that from October to December 2021 there were 648 raids, 43% more than all the data collected from 2018 to date. An upsurge in the conflict that observers attribute, among other things, to the battle for control of the oil-rich regions of Shabwa and Marib.

Targets of the raids were, in addition to ports and airports, also residential centres, hospitals and the prison of Sa’ada. A prison, which according to journalist Laura Silvia Battaglia, was holding both foreign mercenaries, mainly Sudanese, and representatives of local tribes on the border between Yemen and Saudi Arabia (area of the so-called battle of the Jabara Valley) captured by the Houthis in more than one raid on those hills, in August 2019, because they were allied with the Saudis. The Saudi-led coalition denied targeting the detention centre, adding that, in any case, it was not on the ban lists agreed with the United Nations and did not meet the standards set by the Third Geneva Convention for prisoners of war.

The casualties in the prison, according to Al Jazeera, amount to at least 80; meanwhile, having an exact number of total victims of the raids is almost impossible since many are still missing. The NGO Doctors Without Borders estimates the number of wounded at “about 200”.

Antonio Guterres, the Secretary of the United Nations, condemned the air raids of the Saudi-led coalition on the city of Saada and called for an investigation into the attacks. The United Nations called for “timely, effective and transparent investigations into these incidents to ensure accountability,” said Antonio Guterres’ spokesman Stephane Dujarric. On Friday, the U.N. Security Council also condemned the “heinous terrorist attacks” in the United Arab Emirates and other sites in Saudi Arabia claimed by the Houthis, and stressed the need to hold the perpetrators “accountable and bring them to justice.”

Unanimous condemnation of air raids from the NGOs

Many of the humanitarian agencies operating in Yemen have released on January 21 a statement condemning the raids on civilians. “These airstrikes – it reads – come after three medical facilities and a water tank were attacked this week alone. Humanitarian agencies working in Yemen are calling on the parties involved in the conflict to respect international humanitarian law and international human rights law and to protect civilians and civilian infrastructure during hostilities.”

After four days, the internet is back

During the raid (partly in order to avoid the spread of images of bombings and victims on social networks and on the Houti broadcasters), the Saudi Coalition bombed the communication infrastructure in the city of Hodeida, run by the telecommunications monopoly TeleYemen, controlled by the Houthi.

Communications, Reuters reported, were largely restored on Monday after a four-day outage. “To all friends and loved ones: we have missed you,” Houthi Deputy Foreign Minister Hussein al-Ezzi said on Twitter. Meanwhile, the communications ministry, according to the Houthi-run Saba news agency, has asked the United Nations to send equipment to ensure that service returns to full capacity.

cover image: a picture of bombings in Yemen shared on Twitter