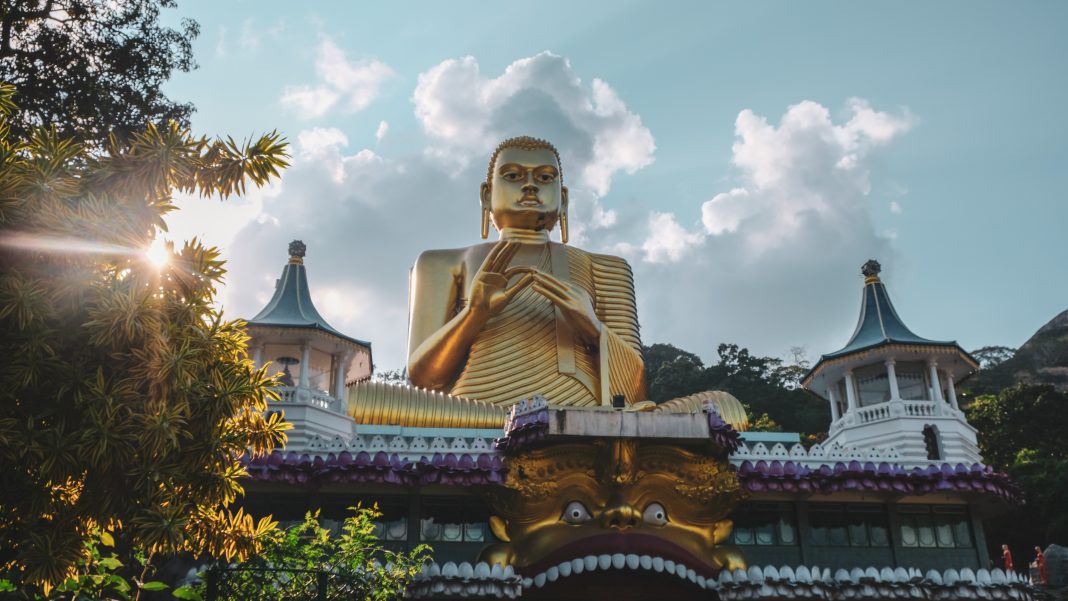 In 1948, Ceylon – as Sri Lanka was then called – gained full independence from Britain. The Empire left bequeathed large tea and coffee plantations where, as was its custom, it had imported Tamil labour from India to support the ever-growing demand from overseas.

But the problem left behind with the Tamils is more than that. The large Tamil community has lived for centuries in the northeast of the country without being accorded equal status with the Sinhalese, the majority of the population. Although Premier Solomon Bandaranaike s of socialist ideas, he is a fervent Sinhalese nationalist – a reason why the Tamil cause does not move forward. He is killed in 1959 by a monk and replaced by his wife Sirimavo, who continues the socialist policies and led to the proclamation of the Republic in 1972, repudiating the dominion status. But the primacy of the Buddhist religion and the imposition of the Sinhalese language fuels Tamil resentment – one so big to lead, in 1976, to the formation of the Liberation Tigers of Tamil Eelam (LTTE), a group that chooses secession and armed struggle.

At the beginning of the 1980s, the civil war intensifies and there is little use for an intervention by the Indian army, which withdraws in 1990 while thousands of Muslims are expelled from the northern areas under the control of the LTTE. The group, in 1991, is responsible for the assassination of Indian Prime Minister Rajiv Gandhi and in 1993 of the murder of President Premadasa. Between 1995 and 2001, war rages in the North and East.

In 2002 the government and the LTTE rebels sign a ceasefire mediated by Norway, but in 2003 the fighting is resumed. In 2005, Prime Minister Mahinda Rajapaksa wins the presidential elections and promises to end the game. The government is still at war with the Tamils, and all attempts to mediations fail. In May 2009, after a bloodbath, the government declares the Tigers defeated and their leader Velupillai Prabhakaran is killed. The war has covered the North with graves, land is redistributed to Sinhalese soldiers, and the Tamil question is all but resolved.

In 2010, Mahinda Rajapaksa is re-elected and parliament passes a constitutional amendment allowing him an unlimited number of terms in office. In 2012, the UN urges Sri Lanka to investigate war crimes allegedly committed during the final phase of the conflict with the Tigers, but Colombo does not budge. In 2015 Maithripala Sirisena defeats Mahinda Rajapaksa in the presidential elections, who attempts a coup that fails. In 2016, Colombo acknowledges for the first time that some 65,000 people are missing. In 2018, during a constitutional crisis, President Sirisena paradoxically replaces Prime Minister Ranil Wickramasinghe with former enemy Mahinda Rajapaksa and suspends parliament. In April 2019, suicide bombers attack churches and hotels on Easter Sunday, killing more than 350 people.

In the meantime, the Rajapaksas have once again installed themselves in power: Gotabaya Rajapaksa, the younger brother of former president Mahinda, wins the presidential election and in 2020 the Sri Lanka People’s Front of the Rajapaksas obtains a large majority in the parliamentary elections. Mahinda returns to government as premier and fills the executive with relatives. Things are still going well but the downward parabola begins with Covid 19. Tourism collapses and the debts that the Rajapaksas owed mainly to China come to a head. The energy crisis and rising oil prices do the rest. The promise of development, which worked for a decade after the war, is showing the strain. The Sri Lankan economy depends on imports of energy, fertiliser and medicine.

Between 2021 and 2022 the crisis deepens to a declared default in the first half of this year, when Colombo has no more currency even to service its debt, let alone pay for imports of food, diesel, phosphates. Textiles also go into crisis and the protest mounts. The Rajapaksas try to hang on to power but popular fury forces them to resign: first Mahinda and his family ministers. Now the showdown is with Gotabaya, on the run from the presidential residence. The former war hero is driven out like a thief by popular protest.