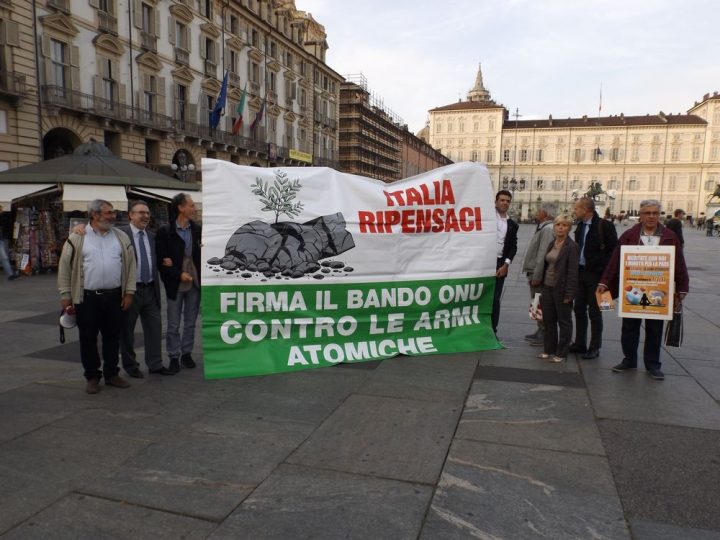 After the latest confirmations by the allied governments, it is now official: Italy will be the only one of the four European Union countries that host NATO nuclear warheads on their territory not to participate in the First Conference of States Parties to the Treaty on the Abolition of Nuclear Weapons (TPNW) taking place in Vienna from 21 to 23 June. Germany, Holland and Belgium have instead already declared their presence as observer states, along with Australia and Norway, who are also Nato members. This is denounced in a note by the Italian Peace Disarmament Network, according to which ‘the choice not to participate in the Vienna Conference demonstrates a lack of political courage. A final appeal to our government to decide to think again and be present was called for by the ‘Italia Ripensaci’ campaign, promoted by the Italian Peace and Disarmament Network and Senzatomica (Italian partners of the iInternational Campaign to abolish nuclear weapons, Nobel Prize 2017).

In Vienna, the ICAN Forum has gathered proposals and analyses from activists around the world, including the choice of financial divestment from nuclear arsenals promoted by Etica sgr, and representatives of Italian civil society will be the protagonists today at the Conference on the Humanitarian Impacts of Nuclear Weapons organised by the Austrian government. The Honourable Laura Boldrini, who is taking part in the International Conference of Parliamentarians also convened today in Vienna, said: “As long as there are nuclear weapons, we will never be safe. That is why I find it important that parliamentarians from many countries, international bodies and associations are meeting in Vienna for the first Conference of States Parties to the Treaty on the Prohibition of Nuclear Weapons, in which I will also take part. On the other hand, I am very sorry that Italy has not signed the Treaty and that – unlike other countries, including some NATO members such as Germany and Norway – it will not even participate in the Conference as an observer, as urged in a Resolution with my first signature approved by the entire majority in the Foreign Affairs Commission’.

The matter appears even more serious since, as this Pressenza article explains, the first F-35 fighter-bomber purchased by the Italian government and equipped to carry and drop B61-12 bombs, the latest generation of nuclear devices, was delivered on 16 June. The Italian Air Force has assigned the aircraft to the Ghedi military base where, according to some sources, the process of modernising the nuclear warheads present and replacing them with the new B61-12s is continuing; all these operations are under military secrecy and the very presence of the nuclear warheads is certified only by maintenance records that reveal their origin.