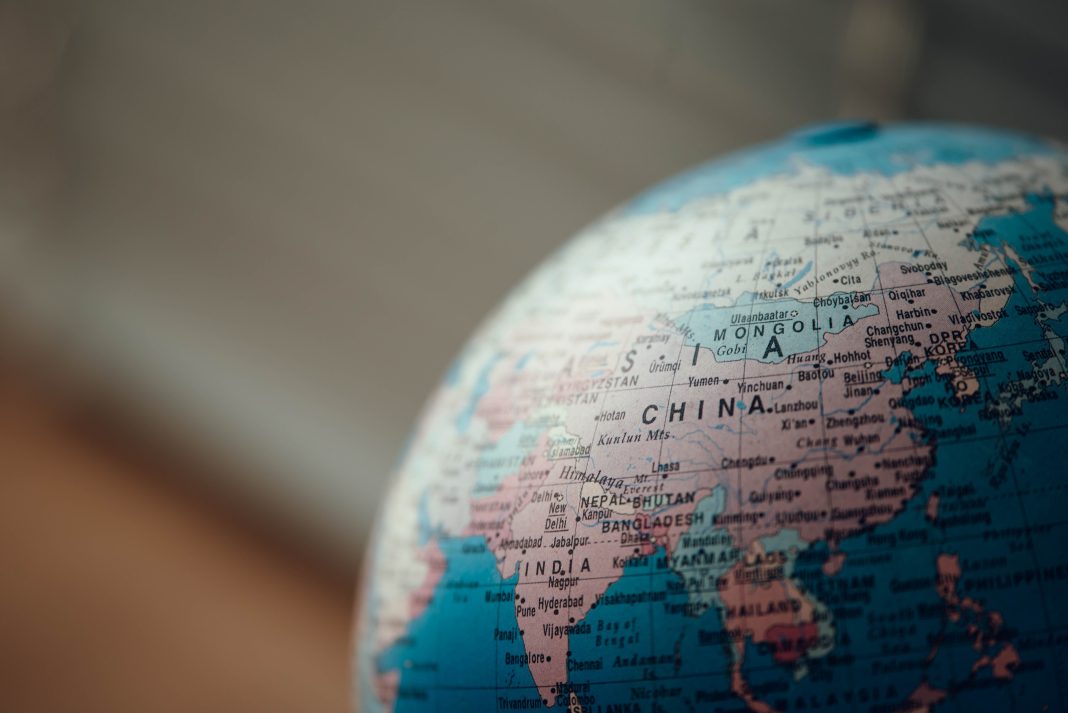 On August 3rd residents of the Myanmar capital Naypyitaw were suddenly awakened by the sound of military helicopters in the air. The helicopters hovered over the city all day. The way to the regime’s foreign ministry was also blocked for hours.

Although they did not know the reason, it suggested that someone important was coming to Naypyitaw. They had no idea who the visiting dignitary was because all communications were also disrupted. But Russian media reported that their country’s foreign minister, Sergei Lavrov, was on his way to Naypyitaw.

Lavrov’s visit comes as the junta has sparked renewed international outrage with the recent executions of four opponents, including a former lawmaker and a prominent human rights activist, in the country’s first use of the death penalty in decades. Lavrov previously visited Naypyitaw in 2013.

Prime Minister Min Aung Hlaing has been to Russia several times since 2013, most recently in July. However, he has not yet met the country’s president, Vladimir Putin.

The international response to Myanmar’s coup d’état and Russia’s invasion of Ukraine has led to a toxic convergence between the two “pariah” nations, Sebastian Strangio concludes in The Diplomat on August 5th.

“A true and loyal friend”

The regime’s foreign minister, Wunna Maung Lwin, devised a working lunch for the Russian launch at the Aureum Palace Hotel, owned by U Teza, the chairman of Htoo Group of Companies, one of the main brokers of arms transactions between the military of Myanmar and Russia.

After the meeting, the regime said “to support both sides in the multilateral arena on mutual trust and understanding.” Wunna Maung Lwin expressed “deep appreciation to the Russian Federation, a true friend of Myanmar, for its consistent support to Myanmar, both bilaterally and multilaterally.”

Afterwards, Lavrov met the regime leader Min Aunging in the presidential residence, which has been renamed the “Office of State Administration Council (SAC)” since last year’s coup. Min Aung Hlaing stated that Russia and Myanmar had established diplomatic relations in 1948 and plan to celebrate their Diamond Jubilee next year.

Lavrov commended Myanmar as a “friendly and long-term partner”, adding that the two countries “have a very solid foundation for building cooperation in a wide range of areas”. Lavrov said the Russian government was in “solidarity in dealing with the situation in the country”. He also wished the State Administrative Committee (SAC) success in the elections it plans to organize in August 2023 in order to officially legitimize the takeover.

Calling Russia a “true and loyal friend” is not wrong. In fact, Russia (along with China) has been loyal in supporting the regime in the UN Security Council. As permanent members of the council, these two key nations have used their veto-right to avoid targeting the Myanmar regime.

However, in his comments, Lavrov, made no mention of the junta’s daily air raids on civilians. After all, these advanced fighter jets and helicopters are Russian-made.

Reporting on the meeting between Lavrov and Min Aung Hlaing, the state-run Global New Light of Myanmar wrote of the two nations’ ambitions to become “permanent friendly countries and permanent allies” who will help each other to “manage their internal affairs without outside interference.”

It may sound cynical, “as Myanmar is looking more like Syria or South Sudan every day”, the meeting between Lavrov and Min Aung Hlaing was more like a handshake of “partners in crime.”

Lavrov left for Cambodia on Wednesday afternoon to attend the meeting of foreign ministers of the Association of Southeast Asian Nations (ASEAN). Myanmar’s foreign minister has been banned for failing to implement the April 2021 5-point-consensus plan.

ASEAN Special Envoy Prak Sokhonn, who has made two trips to Myanmar since the coup, tempered expectations for major near-term progress: “I don’t think even Superman can solve the Myanmar problem.”

Russia is the main arms supplier to the junta

To this day, Russia is the major arms supplier to Myanmar’s military. Russia has been accused by human rights groups of selling to the regime many of the weapons it has used to attack civilians since last year’s coup. Moscow has supplied fighter jets, helicopters and air defense systems to Myanmar and it is no secret that regime leaders prefer military equipment from Russia to China.

Moscow has so far seen Naypyitaw primarily as a military and technical partner, with Defense Minister Sergei Shoigu leading efforts to position Russia as the main supplier of advanced weapons to Myanmar. Russia has also provided postgraduate education to at least 7,000 Myanmar officers since 2001.

In addition to military ties, Shoigu also sees benefits in securing a highly committed partner where South and Southeast Asia meet, in addition to Russia’s long-standing partnerships with India and Vietnam. Until recently, the two countries’ economic and non-military trade relations have remained modest, but appear to be deepening.

Moscow now also wants to expand diplomatic, economic, trade and security ties with Myanmar. When Russia invaded Ukraine, the junta was one of the first to support the Kremlin. The junta’s spokesman said Russia was still a powerful nation that plays a role in preserving the balance of power for world peace.

In recent months, the two countries have established direct banking and financing channels to support increased bilateral trade, including Myanmar’s purchase of Russian energy products. Indeed, in the wake of the coup, major oil and gas multinationals – including Total, Chevron, Petronas, Woodside and Eneos – have announced their withdrawal from Myanmar, and the regime is eager to find replacements to develop and exploit new and existing gas fields.

Russia’s Rosneft, which has been conducting limited onshore oil and gas exploration in Myanmar for a decade, said in April 2021 it planned to drill test wells.

A hug or stranglehold?

As an International Crisis Group (ICG) briefing published on Aug. 4 noted, the Myanmar coup and the war between Russia and Ukraine have pushed the two sides into a strong mutual embrace.

Russia has relentlessly supported the junta since it took power; it was one of the few countries to send representatives to the March 2021 Armed Forces Day parade — which coincided with a violent crackdown on anti-coup protesters — and has continued its arms deliveries to Myanmar.

At the same time, the SAC has expressed strong support for Russia since the invasion of Ukraine. Even though Myanmar’s ambassador to the United Nations, who has pledged his support to the democratic resistance, has voted in favor of resolutions condemning Moscow’s aggression.

The day after the invasion, a junta spokesman said the invasion was “justified for the permanence of their country’s sovereignty”. As late as July, Senior Gen. Min Aung Hlaing went to Moscow, where he spoke with Russian officials about deeper defense cooperation and possible cooperation on energy projects.

“Faced with tougher international sanctions and diplomatic isolation, the two countries are actively exploring ways to strengthen their security and economic ties,” the ICG briefing said. This toxic convergence is inevitable: increasingly isolated from the West, Myanmar’s military regime in Moscow has sought advanced weapon systems and technical training for military officers that may soon be hard-pressed to obtain elsewhere. curb heavy dependence on ‘neighbouring country’ China, which has also chosen to recognize the SAC government.

For Russia, closer relations with Myanmar offer an opportunity to ramp up arms sales, while undermining Western efforts to form a global coalition to counter Russian adventurism in Ukraine. Given their mutually besieged state, the ICG notes, Myanmar and Russia are “likely to ignore the potential long-term downsides of their growing relationship in favor of short-term benefits.”

The regime in Myanmar is isolated and faces sanctions and convictions at home and abroad. It has also struggled in the past year to crush the armed resistance. Since the invasion of Ukraine, Moscow has also been confronted with Western sanctions and has been conducting a long and costly military campaign there. As both countries become more heavily sanctioned and diplomatically isolated, the importance of their relations with each other has grown.

Min Aung Hlaing has clearly chosen to wreak utter destruction. He has sent government leaders to prisons, including deposed state adviser Daw Aung San Suu Kyi. Last month, he ordered the execution of prominent activists, including a lawmaker. There seems to be no turning back for the regime.

*Jan Servaes was UNESCO-Chair in Communication for Sustainable Social Change at the University of Massachusetts, Amherst. He taught ‘international communication’ in Australia, Belgium, China, Hong Kong, the US, Netherlands and Thailand, in addition to short-term projects at about 120 universities in 55 countries. He is editor of the 2020 Handbook on Communication for Development and Social Change