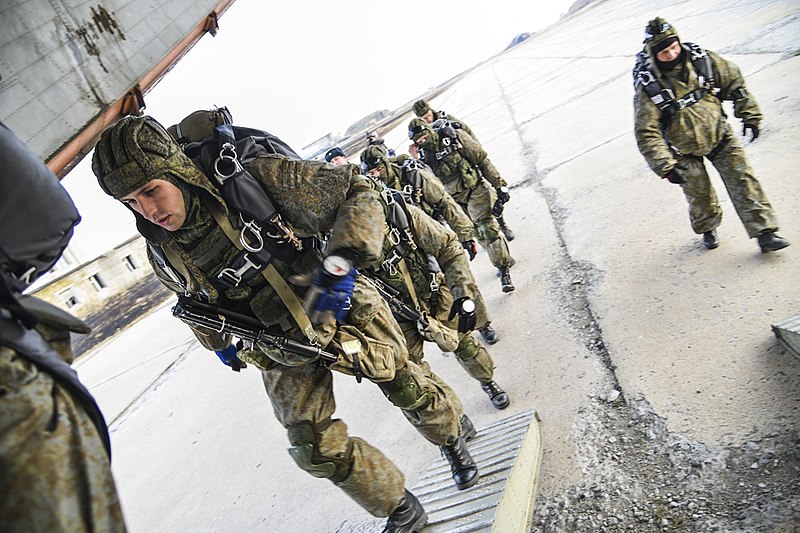 by Ambra Visentin, published on our Italian website on January 7, 2022

Russian-led armed forces have arrived airborne in Kazakhstan at the request of President Kassym-Jomart Tokayev, who is expected to address the nation today to explain the violent crackdown on anti-government protests. And while the United Nations, the United States, the United Kingdom and France have called on all sides to refrain from violence, the Kazakh Interior Ministry said this morning, reports the BBC, that 26 protesters described as ‘armed criminals’ had been killed and more than 3,000 arrested.   Eighteen members of the security forces were killed, and another 748 were injured in the turmmoil that has gripped major cities for days now. Based on the audio of a video released by a British broadcaster from Alma Ata, heavy gunfire could be heard on Thursday night. The deployment of 3,000 paratroopers was decided after President Tokayev submitted a formal request for assistance to the Collective Security Treaty Organisation (CSTO), the post-Soviet military alliance led by Russia. Alongside Russia, Armenia, Belarus, Kyrgyzstan and Tajikistan have sent contingents in support.

Like ‘gasoline on fire’, the sudden rise in gas prices in Kazakhstan sparked off riots across the country on 2 January, leading in just four days to the resignation of the government and the removal of former President Nursultan Nazarbayev from his post as head of the Security Council. The economic demands quickly took on a political character under the restless eyes of the governments of the Commonwealth of Independent States (the organisation made up of 9 of the 15 former Soviet republics), while political scientists question who is fuelling the uprisings. The uprisings began in the Mangistau region in the west of the country and spread throughout Kazakhstan, soon reaching the economic capital Alma Ata, where local government buildings were attacked and set on fire and the airport occupied by rioting citizens.

The higher and higher petrol prices are directly linked to the government’s decision to remove price controls on liquid gas. This process, which began in 2019 and ended at the beginning of 2022, has enabled the Kazmunaygaz and Kazakgaz companies, which hold the market monopoly, to double their prices in record time. However, as Alexei Makarkin, an expert at the Center for Political Technologies, points out, 90% of the shares in these companies are managed by the Samruk-Kazyna fund, whose board is headed by former President Nazarbayev, who thus de facto ‘keeps himself in charge of one of the key sectors of the economy’.

After 27 years under the authoritarian leadership of Nazarbayev and two years into the presidency of his successor, Kassym-Jomart Tokayev, the citizens are now demanding the removal of the entire old establishment and demanding the economic reforms that were never implemented. Tokayev has already reinstated a cap on LPG prices and promised reforms. But the protests continue, despite the blocking of digital platforms and the declared state of emergency. Russia and Belarus are concerned about the upheaval in Central Asia’s largest economy, a historic member of the Eurasian Economic Union (EAEU), of which they are members, and whose foundations they now see shaking under the threat of a rift between their countries’ power elites.

Analysts and politicians have so far expressed many doubts about the forces behind the protests, although many agree that there is no foreign influence. Alexei Malashenko, chief researcher at the Institute of World Economy and International Relations, does not see any potential major figures within the movement capable of proposing a political programme to tackle a paradigm shift. Only one name seems to be completely unrelated to events – Mukhtar Ablyazov, fugitive oligarch and former representative of the ruling elite, who from Kiev claims to have brought the masses to the streets. Arkady Dubnov, an expert on Asian countries, calls the unlikely prospect of Ablyazov as a leading political representative in the “post-revolutionary” landscape very dangerous, if not even catastrophic. “The Kazakhstan of Nazarbayev is no more,” Malashenko concludes, and the question remains as to what the new identity of the country will be and who will be called upon to forge it.

Russia’s troops deployment will have important ramifications for Moscow’s foreign and domestic policy, other analysts told The Moscow Times on Thursday. “For now, this is just a police operation,” said Andrei Kortunov, head of Russia’s Council for International Affairs (RIAC), a Kremlin-linked think tank, “but if it drags on, the consequences for Russia could become important.”

Cover image: a group of Russian Paratroopers getting ready for deployment.