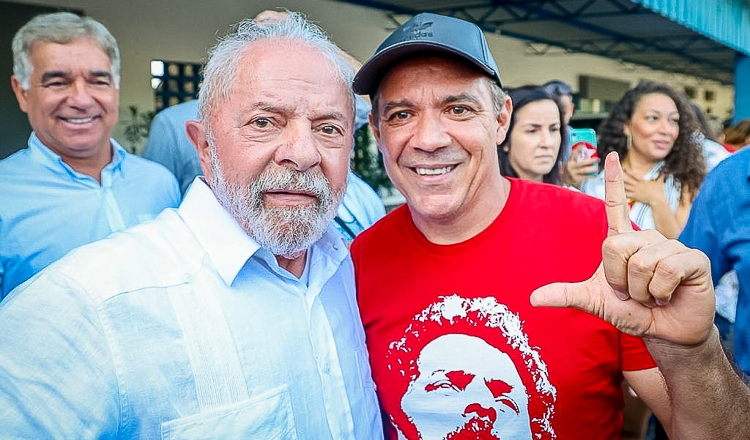 Brazil held its breath for 48 hours of silence. Then, Jair Bolsonaro admitted his defeat and recognised the legitimacy of Lula Inacio da Silva’s claim, two days after the election results were announced. Now begins the transition of power, according to the steps provided for by the Constitution, with formal meetings between representatives of the two parties. Bolsonaro is the first incumbent president to lose re-election in the history of Brazil. It is also the first time in Brazil that the loser of an election has taken so long to publicly admit the result. For a week now, since last Monday, Luiz Inácio Lula da Silva’s team has been in contact with the government that will hand over power to him on 1 January. Talks with Bolsonaro’s chief of staff, were led by Lula’s Vice-President-elect, Geraldo Alckmin (pictured left), former São Paulo governor who is in charge of leading the transition process.

Before the official announcement of the accepted defeat, Bolsonarist protesters, particularly truck drivers, set up roadblocks across the country, which blocked São Paulo’s international airport, Guarulhos, and forced the cancellation of some 25 flights. Pro-Bolsonaro groups flooded social media with messages such as “Lula didn’t win, he was helped (…) by the Superior Electoral Tribunal and the Supreme Court” and with invitations to protest in front of police and army barracks. The police estimate that there have been about 450 road closures since last Tuesday. In São Paulo, last Monday night, roads near the international airport were jammed with traffic, paralysing one of the busiest air hubs of South America. Flights were cancelled, as pilots and crews could not reach the airport. But the governors of the three most populous states, São Paulo, Rio de Janeiro and Minas Gerais, all three governed by Bolsonaro allies, deployed police to restore traffic. The re-elected Governor of Minas Gerais, Romeu Tema, who urged people to vote for Bolsonaro, ordered roads to be reopened and stated in a video on Instagram: “The elections are over and the law must be respected”.

Finally, late Wednesday night, Bolsonaro urged his supporters to end the blockades, stating in a video on social media that the demonstrations were legitimate, but that the roadblocks were restricting people’s rights and damaging the economy. So on Thursday morning the blockades were dissolved, and access to the port of Paranagua, one of Brazil’s most important for grain exports, was unblocked. The owners of the trucks used as barricades will have to pay a fine of 100,000 reais (17,000 euro) for each hour of the blockade.

Bolsonaro had previously said that the post-election protests staged by his most ardent supporters – including the use of trucks and tyres to block major highways – were the result of “indignation and a sense of injustice at the way the electoral process unfolded'” And now, having left power, Bolsonaro may find himself exposed to a multitude of possible investigations and accusations related to fake news, undemocratic behaviour, alleged corruption and his handling of the Covid pandemic that killed nearly 700,000 Brazilians. On Tuesday, Bolsonaro was reportedly engaged in talks with six members of the Supreme Court as part of an alleged negotiation, which, according to prominent political analyst Guilherme Amado, is aimed at “demanding that neither he nor his family will be persecuted” once he steps down.