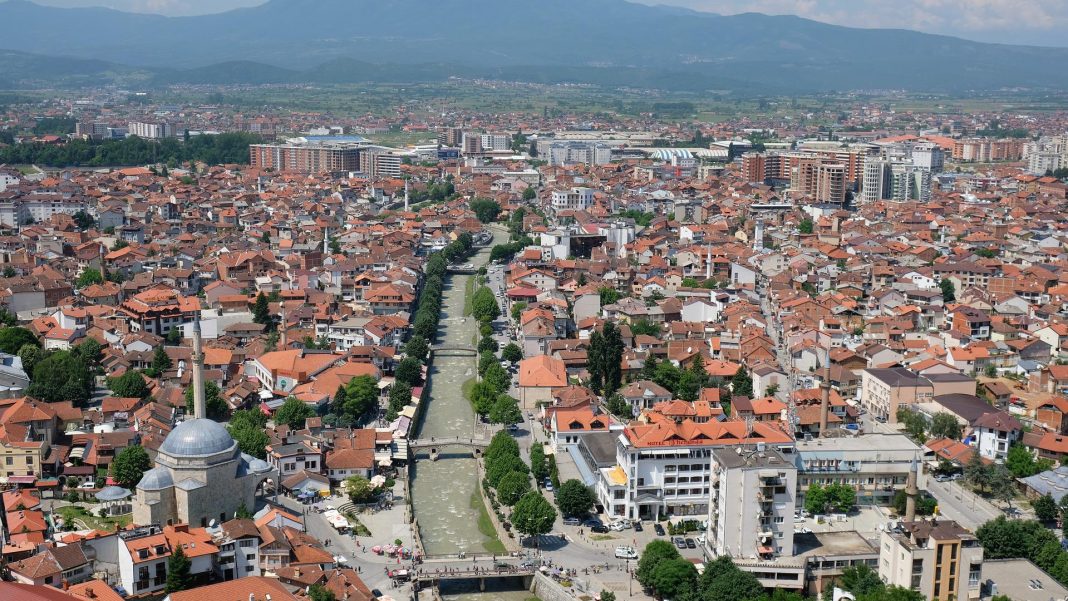 Serbian documents and number plates in Kosovo are causing yet another crisis in the country. In the eye of the storm is the entry into force of two new regulations on car number plates and travel documents for visitors from Serbia. A move described as ‘reciprocal’ by Prime Minister Albin Kurti, however, since the government in Belgrade demands the same of Kosovo citizens entering Serbia.

The ban on the use of Serbian number plates and documents was supposed to come into force on 1 August, but was postponed to 1 September, after riots by Kosovo Serbs. However, the government does not seem intent on withdrawing the measures in their entirety. The measures stipulated that people entering Kosovo with a Serbian identity document must replace it with a temporary document during their stay in the country. The government also stated that Serbs with vehicle registration plates issued by Serbia should change them to Kosovo plates within two months. As a form of protest on Sunday evening, hundreds of ethnic Serbs had parked trucks, tankers and other heavy vehicles on the roads to the intersections of Jarinje and Brnjak, blocking traffic. In response, the Kosovar authorities had closed two border crossings with Serbia.

To fan the flames, Serbian President Aleksandr Vucic showed a map of Kosovo covered by the Serbian flag on TV, warning that if the Serbs were threatened, the country would emerge victorious. Belgrade still does not recognise Pristina’s independence, self-proclaimed in 2008. Kosovo is now recognised by about 100 states, including the United States and most EU countries. EU-led talks between Kosovo and Serbia launched in 2011 have so far failed to achieve any normalisation of ties. 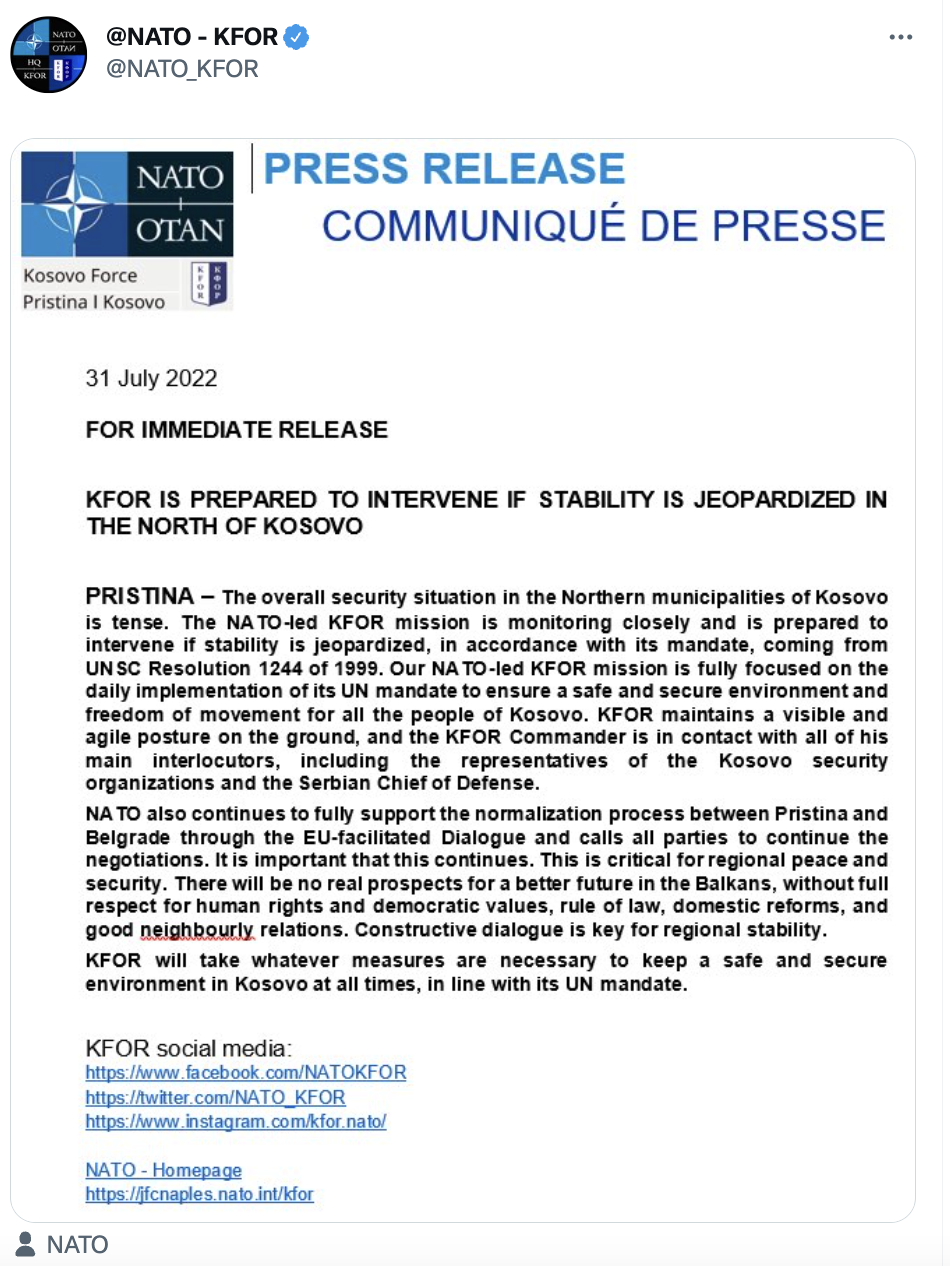 Borrell, appealed for the tensions to be resolved “through dialogue” and not via “unilateral actions” Meanwhile, the NATO-led international force KFOR reported in a statement that it is “closely monitoring” the situation on the border between Kosovo and Serbia and is “ready to intervene if stability is endangered” according to its mandate, enshrined in UN Security Council resolutions. The KFOR has also launched an appeal for dialogue, reaffirming, however, that it will ‘take whatever measures are necessary to maintain stability’.

The Kremlin sided with Serbia (Russia also did not recognise Kosovo’s independence) and maintained that ‘all the rights of Serbs in Kosovo must be respected’. He did so through Kremlin spokesman Dmitry Peskov, reported by the Interfax news agency. Russian Foreign Minister Maria Zakharova said that “the Kosovo leaders know that the Serbs will not remain indifferent to a direct attack on their freedom”. According to Vyachslav Volodin, president of the Russian Duma, ‘the blame for the conflict on the Serbian-Kosovar border lies with Washington. The purpose is obvious: to weaken certain countries that allow themselves to assert independent positions. The methods are old. There is nothing new. The US first supports nationalist tendencies, feeds them and then pushes for military conflicts’. All this, says Volodin, ‘with the connivance of international organisations, the UN and OSCE, whose purpose is to defend security in Europe and the world’.

The number plate issue: the 2021 precedent

Already in September last year, tensions between Kosovo and Serbia had arisen over the use of number plates. On that occasion, the government in Pristina had decided that all vehicles coming from Serbia and entering the territory had to register with temporary number plates, valid for 60 days, with the ‘Ks’ emblem.

The reaction had been immediate, with groups of armed citizens from the Kosovo-Serb minority attacking motorists with Kosovo number plates, setting fire to vehicle registry offices where number plates are distributed, and blocking the country’s two main roads.