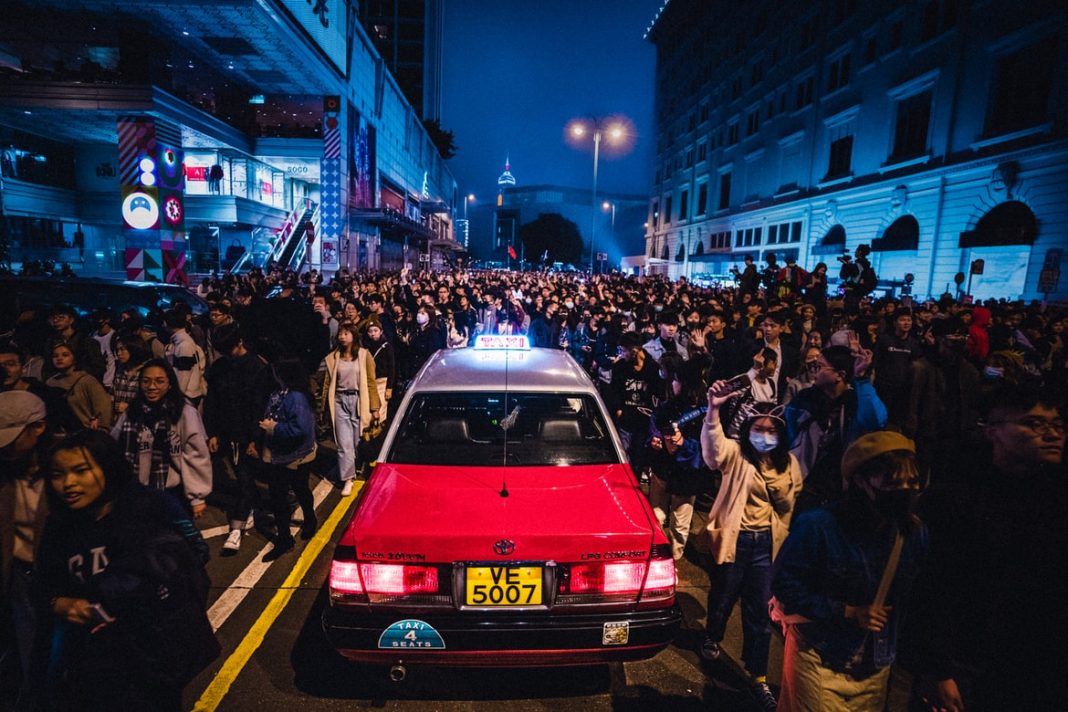 This article appeared first on our Italian website on January 5th, 2022.

Hong Kong pro-democracy activist Chow Hang Tung was found guilty of organising the 2021 annual vigil in memory of the 1989 Tiananmen Square turmoil and sentenced to 15 months in prison on charges of inciting citizens to take part in the initiative. According to the National Security Act, all public demonstrations must be authorised beforehand.  Already Vice-president of the disbanded Hong Kong Alliance (Hka), Chow had already been sentenced to 12 months for organising and participating in the 2020 commemoration.

This was two weeks before the December 19, 2021, sham election, originally scheduled for September 6, 2020, but was postponed in an unprecedented decision by Chief Executive Carrie Lam, on the grounds of the Covid-19 pandemic. In the poll, which saw a record number of abstentions and null votes, incumbent Hong Kong legislature President Andrew Leung Kwan-yuen was re-elected unopposed.

Under the drastic electoral reform imposed by Beijing, the total number of seats was increased from 70 to 90, with directly elected geographical constituencies (GCs), which had seen the total victory of the democratic opposition, reduced from 35 to 20 seats, functional constituencies (FCs) elected by business representatives, remaining at 30, and the additional 40 seats elected by the 1,500-member Election Committee.

By mid-2021, almost all leading pro-democracy legislators and activists had been arrested, imprisoned, or forced into exile, while several pro-democracy organisations, trade unions and media were disbanded. The local regime removed symbols of memory and closed down newspapers, arresting many of their editors.

Leung downplayed the lack of political competition: “In the past, there were competitions between the pro-establishment camp and the opposition camp,” he said. “But if it was a real competition, people would already have an answer in mind.”, stressing the fact that her colleagues came from a wide range of “classes, cultures and depths“, and that she was honoured to have won their approval. She said she would observe the principle of “one country, two systems” and uphold national security.

Leung also hailed the end of what he described as “the days of confrontation with the government“, stating that he expects only positive interactions in the new legislature, although he called on the executive branch to come up with more balanced policies in the future.

The Party’s spokesman for economic policy, Chan Po-ming, was more explicit: “After 2019, people were very disappointed and distrustful of the government … The authorities did not take people’s demands or discontent into account,” adding that the abstention figures show that dissatisfaction “has continued to accumulate”.

According to a survey led by the largest opposition party, two out of three Hongkongers are dissatisfied with life in the city, while one in five residents have considered leaving. Some 58 per cent of the 534 respondents in a random telephone survey conducted by the Democratic Party between 14 and 24 December said they did not like living in Hong Kong, while only 34 per cent said they did not. The survey also found that 22 per cent of respondents had considered leaving Hong Kong, and 75 per cent of them had a university degree.

Meanwhile, Governor Carrie Lam was urged by China’s President Xi Jingping to redouble efforts aimed at improving people’s livelihoods and at giving them “a greater sense of earning a living“, acknowledging significant progress on the two pressing issues at the moment – curbing the fourth wave of communal outbreaks, and promoting political order under the newly imposed National Security Act.

Xi stressed that the governance model will be firmly implemented, claiming it is in the best interests of the State, of Hong Kong and of the people. In a separate session, the premier said Beijing fully supports Hong Kong’s attempts to build on its strengths as a global financial, trade and maritime hub, and the city must “proactively connect” with the nation’s global development strategies.