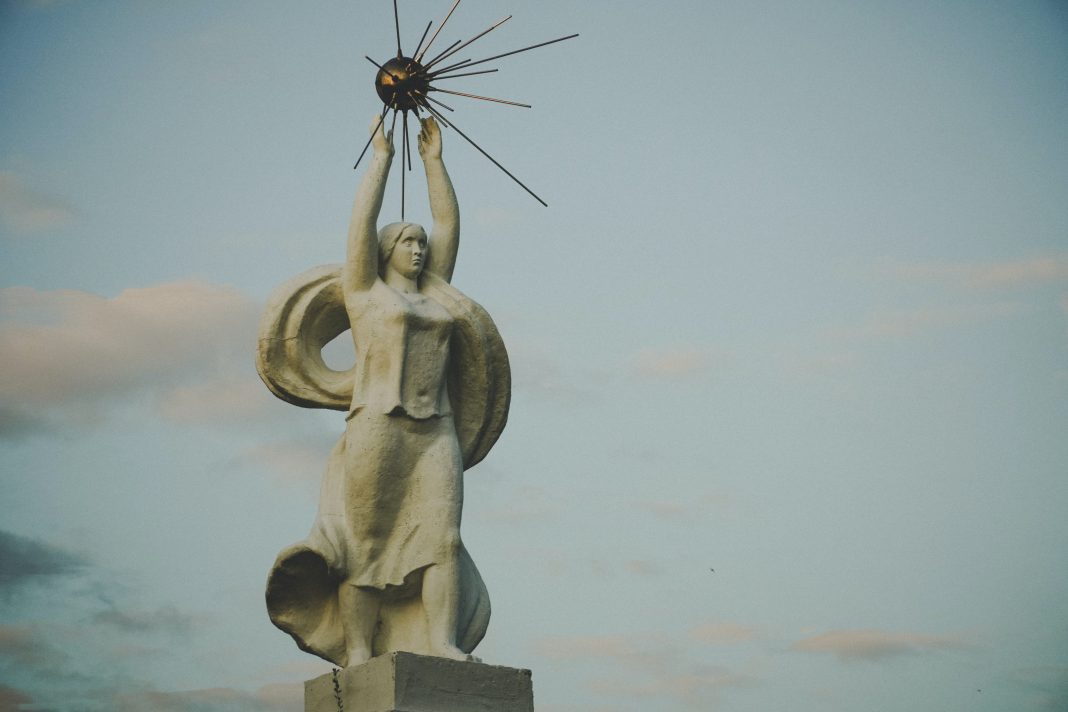 Before he wrote The Brothers Karamazov or Notes from the Underground, Fyodor Dostoevsky was sentenced to death by the czarist government for allegedly participating in revolutionary activities, sent to a Siberian prison camp, and forced to perform military service in exile. Nonetheless, it was after returning from Europe, where he spent years living in freedom, that Dostoevsky wrote in A Writer’s Diary, that “everyone” has “secretly harbored malice against” Russians, that Russians “were followers and slaves.”

With many, if not most, cultural institutions in both Europe and the United States having effectively “canceled” Russian artists and culture, Dostoevsky’s words ring truer than ever. As Ian Buruma recently noted, Russians are now increasingly thinking that the Kremlin might have been right all along: Russia really is a “besieged fortress,” forever misunderstood and undermined by a hostile West.

Of course, there is something of a chicken-or-egg question at play here. The West’s rejection of Russian culture is a response to Russian President Vladimir Putin’s launching of a brutal “special military operation” in Ukraine. But that operation, Putin claims, was a response to Western hostility – in particular, America’s efforts to turn Ukraine into “anti-Russia.” According to Russian ambassador to the United Nations Vasily Nebenzya, the goal is not to eliminate Ukraine, “a dear and friendly nation,” but to prevent it from serving America’s “anti-Russian agenda.”

Even Russians who do not fully buy the Kremlin’s Ukraine narrative are aghast at the readiness with which the West turned on all things Russian. After World War II, schools continued to teach the German language; orchestras continued to perform Bach and Mozart to full houses; and people continued to read Goethe and Thomas Mann. All of German history and culture was not stained by the crimes of the Nazis.

Yet, since Putin launched his war on Ukraine, the Munich Philharmonic orchestra has fired its Russian chief conductor, Valery Gergiev, and the New York Metropolitan Opera has severed ties with Russia’s Bolshoi Theatre. Russian musicians have been excluded from international competitions. Some orchestras have even removed Tchaikovsky from their concert programs.

Another great Russian author, Vladimir Nabokov, described the tendency to dismiss a culture as a form of vulgarity. While cutting ties with Russian universities might seem less vulgar than smashing German stores on Nevsky Prospect in St. Petersburg, as Russian nationalists did in the 1910s, the underlying sentiment is the same.

Even in Ukraine’s case, the dismissal of Russian art and culture seems to be based on flawed logic. Of course, if anyone is justified in rejecting Russia, it is Ukraine. But the decision to eliminate Russian literature and language from school curricula is not nearly as straightforward as “throwing out” everything that “somehow connects us with the Russian Empire,” as Ukrainian Deputy Minister of Education and Science Andriy Vitrenko put it.

The Ukrainian film director Sergei Loznitsa has urged caution in canceling Russian artists, partly because what makes something “Russian” is not always clear. He was expelled from the Ukrainian Film Academy over his stance, but he makes a good point. In fact, the education ministry’s approach to Nikolai Gogol highlights this ambiguity.

Though Gogol was born in Ukraine – and his Ukrainian stories will be allowed – he wrote masterpieces like The Overcoat and Dead Souls while living in St. Petersburg and Rome. These works will thus be banned from Ukrainian schools, depriving the country’s students of great art by a genius many Ukrainians claim as their own.

According to the Ukrainian education ministry, students would struggle to understand these works, not least because the “historical context” is “complicated and distant.” But do Ukraine’s young people not deserve more credit than that? After all, they have been reading Russian literature for generations. And if it were true that Ukrainian students could not grasp complex or distant historical contexts, would they not also struggle to read Balzac, the Brontë sisters, Cervantes, and Chaucer?

Vitrenko says Ukrainians have no need for “heavy works” describing the “suffering of the Russian soul.” But surely the power of Dostoevsky’s Crime and Punishment or Leo Tolstoy’s War and Peace lies in their insights into the human condition, not just the Russian one. In any case, refusing to engage with Russian culture will not change Putin’s calculations or force him to withdraw his forces from Ukraine. What it will do is cut off a potential source of information about his objectives and motivations.

In Nikolai Leskov’s short story “The Tale of the Cross-eyed Lefty from Tula and the Steel Flea,” Czar Alexander I orders his servant to find a Russian capable of improving upon a small mechanical flea the czar had brought back from London. Tula’s blacksmiths work for days, to no apparent avail. But one – “Lefty” – eventually shows the czar that the Russians had managed to fit the flea with horseshoes, using tiny nails Lefty had forged. It was a masterful achievement, but what was the point?

Invading Ukraine does not serve Russia’s national interests. (A reasonably modern country in a globalized world cannot solve its problems by force.) But, like Alexander I in Leskov’s story, Putin has a point to make: Russia is a great power, capable of achieving things others cannot. Peter the Great – whom Putin has invoked in his effort to justify the Ukraine war – made a similar point in the eighteenth century, by reclaiming from Sweden the “Russian lands” on the Baltic coast.

Like so many Russian works, Leskov’s story ends in tragedy. After astonishing the czar and the English alike, Lefty engages in a drinking competition with a British sailor in St. Petersburg that ends with him being sent to a hospital for unknown people, owing to his lack of identification. There, Lefty dies, with little to show for the point he so impressively made. Perhaps Putin, too, should be reading Russian literature more closely.

*Nina L. Khrushcheva, Professor of International Affairs at The New School, is the co-author (with Jeffrey Tayler), most recently, of In Putin’s Footsteps: Searching for the Soul of an Empire Across Russia’s Eleven Time Zones (St. Martin’s Press, 2019).