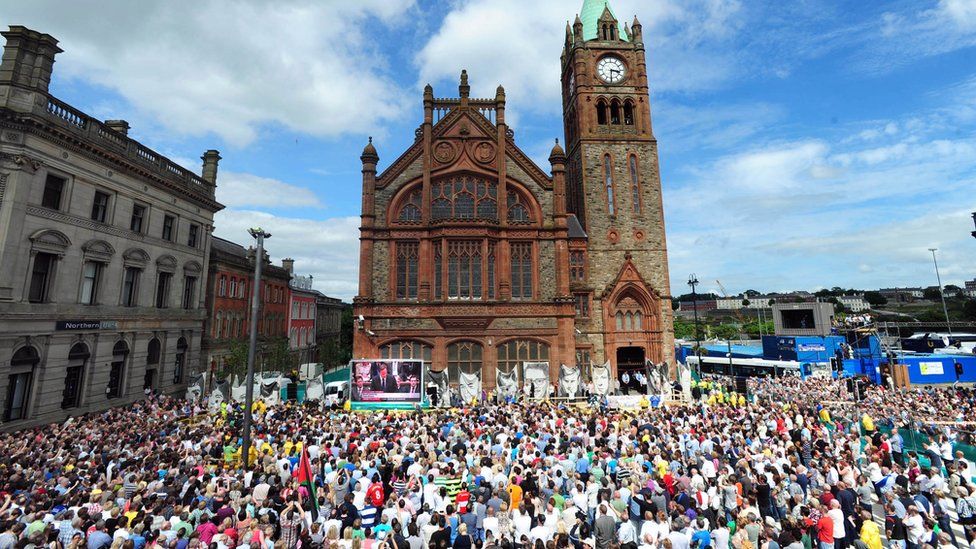 This op-ed features a reflection offered by film director and Derry resident Alessandro Negrini. Negrini also produced a short movie, Tides, on the complex history of Northern Ireland’s troubles and on divided memory. 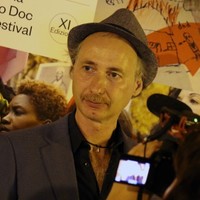 What is power? Power is impunity. And impunity is the child of rewritten memory or, worse, of induced historical amnesia.
This is well known by all the families of the victims of massacres and murders committed with the complicity of parts of the State, who have suffered diverted investigations, concealed evidence and, often, the criminalisation of the victims themselves, in the hope that the dust of time would accumulate over the collusion, making it ever more opaque and distant.

And in the face of this infinite panorama of state injustices, in the general collective and nihilistic resignation that reigns in the face of this very long and interminable list of impunity in which we find ourselves alone, where should we look? Where should we look for a thread of hope?
Personally, I look to those pieces of humanity inhabited by an indomitable sense of justice and that always, forever, against everything, even against the institutions that should have defended them, have kept their eyes up. So many individual people, like Ilaria Cucchi, like the Argentinean mothers, the relatives of the neo-fascist massacres, or entire communities, peoples. As in Chile. As in Palestine. And as in Northern Ireland.

Fifty years ago, Northern Ireland witnessed a horrible massacre, a massacre for which no one ever paid and which entered history as Bloody Sunday.
On the morning of 30 January 1972, an orderly crowd moved through the Bogside district of Derry. A demonstration had been called by the Northern Ireland Civil Rights Association (NICRA) and students, workers and the elderly were there to demand equal rights with Anglicans loyal to the English crown. Because in Northern Ireland in 1972, in order to have a job or a house, the basic rights, it made a big difference whether you were Catholic or Protestant. For example, suffrage was censorious: to have the right to vote, you had to own at least one house, or at least pay rent, and have a job; therefore, prohibitive property prices led many young people to live with their parents for a long time, and unemployment, which in some Catholic districts reached 80%, were only the main symptoms of oppression. Finally, in the electoral system, company vote played a very important role, giving a multiple vote to those who owned companies: it is not difficult to understand who dominated the economic structure in that context, constituting a perfect case of apartheid in Europe.

In that demonstration for the minimum and basic civil rights of any democracy, 14 demonstrators were killed by the British Parachute Regiment opening fire on the defenceless crowd. A hasty investigation was launched and concluded a few days later, clearing the military of any wrongdoing, claiming that the protesters killed were armed and had opened fire.
For 40 years, the community of Derry, together with the families of the victims, has continued to fight for the truth, and thanks to a wealth of evidence found by them and their lawyers, a second official enquiry has been opened.

Derry is the Irish city where I live. On the day of the verdict of the second enquiry of the Parliament on Bloody Sunday, in 2010, I was with them in Guild Hall square in Derry, together with all the citizens, with screens broadcasting the outcome of the verdict: Cameron, the Prime Minister in those days, started his speech.
The tension in the square was sensibly high. I remember that silence, that wait full of stubbornness, and fear and courage and obstinacy. I was there as a filmmaker, but also as a citizen on the side of this struggle, and even now, as I write this, I shudder to think back to those moments.

Cameron started to speak: asking for forgiveness. “You can’t defend the armed forces by defending the indefensible”. I remember the thunderous applause in the middle, with the families of the victims making the victory sign. After 40 years of struggles, the truth about Bloody Sunday was acknowledged: the first shot was fired by a British soldier, and so were the subsequent shots. None of the victims were armed and the British government has accepted total responsibility for the events in Derry on 30 January 1972. In total contradiction to the hasty enquiry of 40 years earlier, all the victims were declared “Innocent Victims”.

Another 12 years have passed since that day, which was a victory. Yet no one has been convicted, no officer, not even the only soldier identified, “Private F.” who killed five protesters in the space of 20 minutes.
It is inequality before the law that creates our history, and as Eduardo Galeano said, ‘official history is not written by memory, but by obligatory oblivion’.
I wish I could send and never-ending embrace to the families, and to this citizenship that I know so well and that against everything and everything, for 40 years has never given in to the slow mechanism of ‘compulsory oblivion’.
This fight, unbreakable and indomitable, is an example to us all, everywhere in the world:
oblivion cannot be the price of peace.