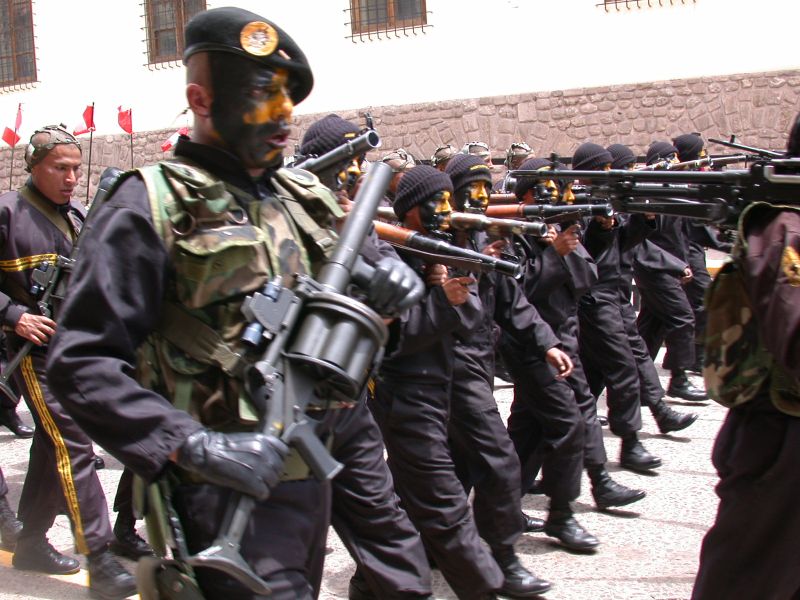 Peru’s chief prosecutor’s office has opened an investigation into new President Dina Boluarte and members of her cabinet for the violent clashes in which at least 40 people have been killed and hundreds injured since the beginning of December. The investigation comes after at least 17 people were killed in the southern region of Puno on Monday, the deadliest day of protests since former president Pedro Castillo was ousted and arrested last month. The violence continued on Tuesday, with one police officer dead in his car after being trapped inside when it was set on fire. The prosecutor’s office is investigating Boluarte, Prime Minister Alberto Otarola, Defence Minister Jorge Chavez and Interior Minister Victor Rojas on charges of ‘genocide, qualified murder and grievous bodily harm’. The Attorney General’s office also said it will investigate former Prime Minister Pedro Angulo and former Interior Minister Cesar Cervantes, both of whom served under Boluarte for a few weeks, for their handling of the protests in the first days after Castillo’s arrest.

Peruvian authorities said most of the bloodshed took place when protesters tried to storm the Juliaca city airport, which was manned by security forces. According to a Juliaca hospital official, fourteen people were killed, many of whom suffered gunshot wounds. Three other victims occurred in other rural areas, where Castillo enjoys the most popular support. With these deaths, the official death toll in the protests rises to 34, but according to local and international observers, this figure is on the low side.

Otarola imposed a three-days’ night curfew in Puno on Tuesday, lasting from 8pm to 4am. Protesters in the city are among Castillo’s staunchest supporters and are angry at his replacement by Boluarte, appointed by Congress in early December after Castillo’s removal and arrest. Demonstrators have demanded the resignation of the President, early elections and the release of Castillo, who is serving 18 months of pre-trial detention on charges of ‘conspiracy’ and ‘rebellion’.

Human rights groups accused the authorities of using firearms against protesters and throwing smoke bombs from helicopters. On Tuesday, Amnesty International urged the Peruvian authorities to end what it called an ‘unnecessary and disproportionate use of force’ against civilians after the deaths in the south of the country. The army defended itself by claiming that the protesters used weapons and homemade explosives. “The ongoing escalation of violence in Peru is unacceptable, said Marina Navarro, executive director of Amnesty International Peru, in a statement. State repression against protesters and loss of life are exacerbating the crisis.”

“We reiterate our call on the authorities to fully respect human rights. The security forces must respect international standards on the use of force. The population must not pay the price for the political crisis the country is going through.” Castillo had been removed from office on 7 December, shortly after announcing his intention to ‘temporarily’ dissolve the opposition-dominated Congress and rule by decree, in what he declared to be an effort to ‘re-establish the rule of law and democracy’.

UN Human Rights Office spokeswoman Marta Hurtado called on the Peruvian authorities to ‘carry out prompt, impartial and effective investigations into the dead and injured, holding those responsible and ensuring that victims have access to justice and reparations’. The Peruvian government has stated that it respects the right to protest, but has an obligation to protect the population from violent protesters. Last week, Boluarte blamed the protests for ‘delays, pain, economic losses’ and called for ‘peace, calm, unity to promote the development of the homeland’.

Peru banned former Bolivian President Evo Morales, along with eight other unidentified Bolivians, from entering its territory. Peru’s Interior Ministry claims that Bolivian citizens have entered the country in recent months to carry out political activities, violating immigration laws and undermining national security. A decision that Morales described as an attack aimed at distracting from Peru’s human rights violations.

Peru’s Prime Minister Alberto Otarola accused Morales of fomenting the unrest. “We are closely watching not only the attitude of Morales, but also of those working with him in southern Peru,” he told reporters. “They have been very active in promoting a crisis situation.” “Now they are attacking us to distract us and dodge responsibility for the serious human rights violations of our Peruvian brothers,” he wrote on Twitter, adding that political conflicts cannot be resolved with “expulsions, bans or repression”. Morales, one of Latin America’s most prominent left-wing figures, had publicly supported Castillo, criticising his deportation and subsequent arrest as illegal.

Peru declared Mexico’s ambassador in Lima ‘persona non grata’ and ordered him to leave the country within 72 hours. The order came on Tuesday after Mexican Ambassador Pablo Monroy announced that his country had granted asylum to Pedro Castillo’s family. Meanwhile, Castillo remains behind bars, in preventive detention, for 18 months pending trial.