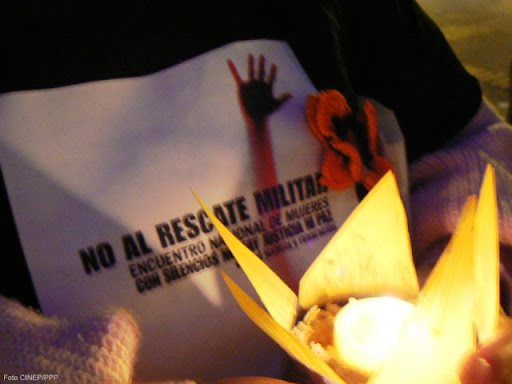 An article by Maria Lanteri

“Today we woke up with a wounded, aching and polarized country” tweeted  Ruta Pacífica de las Mujeres on May 5, 2021. The comment was made in reference to the riots that took place in the city of Cali during the national strike that began on April 28, 2021, which was characterized by violent repression, paramilitarism, illegal arrests and torture of peaceful protesters. What began then is a movement still linkable to the peace agreement signed in 2016 by the Government with the Fuerzas Armadas Revolucionarias de Colombia (FARC).

Since the beginning of the national strike, tens of thousands of people have begun to protest against the tax reform announced by the government of center-right president Iván Duque. On May 2nd, Duque backtracked by announcing the withdrawal of the project, that according to critics would have affected above all the middle class and the poorest sections of the population, already hit by a serious economic crisis. Even after the resignation of the Minister of the Economy, Alberto Carrasquilla, the protests did not stop. Indeed, they have expanded into a radical critique of the government and of its management of the Covid-19 pandemic.

Ruta Pacífica de las Mujeres is a feminist movement that works to reach a negotiated reconciliation of the armed conflict in Colombia. When President Duque ordered the dispatch of the army to numerous cities, including Cali, on 28 May, he did nothing but fuel protests in a country marked by more than fifty years of armed conflict. National Police officers, particularly the Mobile Riot Squad (Esmad), were reported to have employed excessive and unnecessary force. In addition, armed civilians engaged in urban paramilitary actions in support of the National Police. Under the benevolent and tolerant gaze of the latter, these civilians attacked demonstrators and human rights defenders.

The Ruta Pacífica de las Mujeres movement, engaged since 1996 in avenging the rights of the Colombian population, now denounces the recent events and declares that responsible for the serious violations of human rights a group including the president, Iván Duque; the Minister of Defense, Diego Molano; the governor of Valle del Cauca, Clara Luz Roldan and the mayor of Santiago de Cali, Jorge Iván Ospina, as they had authorized the militarization of the city. The movement asks for the government to listen to its people and to the international community (United States Congress, European Union, United Nations, Human rights watch and Amnesty international) that has already spoken on the imperative necessity to stop the acts of indiscriminate violence and respect the rights of those who protest.

The Government has too often ignored grave warnings about the effects of inequality and growing rural violence in the country. In order to change the situation, Ruta Pacífica de las Mujeres calls for social mobilization to express disagreement against war, as an effective way to resolve conflicts; and to demonstrate that Peace is not limited to the negotiation of armed conflict but is also the moral, ethical and cultural reconstruction of each city or region.

Since its foundation, the Movement has mobilized more than 10,000 women. It therefore appears to be the female movement with the best systematic articulation and permanent mobilization to a programmatic proposal after the Suffragettes.

On 19 July 2021, President Duque presented a Plan for an overall transformation of the National Police which should have respect for human rights at its center. The next day, however, Amnesty International received complaints about the excessive use of force by the ESMAD in various cities, including Bogotá, Barranquilla, Cali and Medellín, where numerous demonstrators were injured. According to Colombian journalist and political scientist Ariel Ávila, director of the Paz y reconciliación foundation, with unemployment at fifteen percent, rising poverty, the closure of dozens of small businesses and the old strategy of claiming that protests are infiltrated by criminals and terrorists, the government has once again shown that it is completely disconnected from reality.

«We hope that the reforms announced by President Duque will not just remain on paper, but that they will resume those already ordered by the Supreme Court in September 2020 and really change the modus operandi of the National Police towards peaceful demonstrators» declares Guevara-Rosas, human rights lawyer and Amnesty International Director of the Americas. 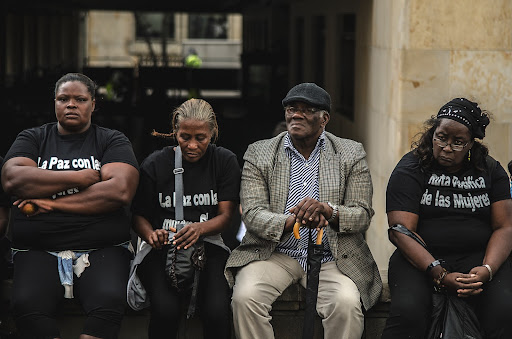