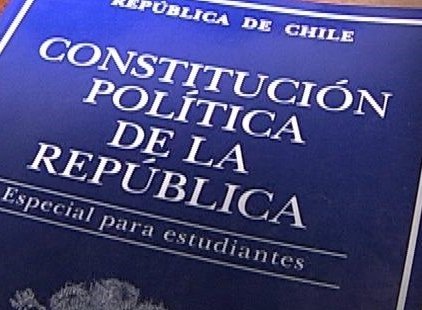 On 4 September, Chileans will have to decide whether to approve or reject the 499-article draft of the new Constitution, which resulted from the November 2019 protests, the ‘reventón’. Despite the overwhelming victory of the Left in both the election of the Constituent Assembly and the presidential elections that saw the victory of Gabriel Boric, the risk that the new Charter will not pass the referendum test is real. Although the right had no power of veto in the Assembly, the barrage exerted by the media is having an effect.

The latest poll by the Plaza Pública Cadem agency says that 45 per cent of respondents are in favour of ‘rejecting’ the Constitution, against 37 per cent of citizens in favour. In contrast, according to the agency Data Influye, 40 per cent of respondents believe that a victory of Apruebo – the new Constitution – will bring greater social and political peace to Chile in the long term, regardless of their preference for the 4 September plebiscite, while 29 per cent believe that a victory of rejection will bring greater social and political peace to Chile. And 14 per cent believe that no result will contribute to this outcome, confirming a strong radicalisation of Chilean society. The campaign for the referendum will officially start on 6 July, when propaganda events will be authorised, and the press and media will publish the positions of the two sides. But in fact the campaign is already underway, with tones and contents that are at least worrying.

In this climate, in essence, being ‘anti-Boric’ is tantamount to being against the new Constitution. The conservative movement Amarillos por Chile, one of the most active in the network. has in TV presenter Cristián Warnken a popular champion. But Warnken had to admit that he rejects something he does not know, because he has not read the draft constitutional text. According to the Central University Observatory of Politics and Social Networks (UCEN), almost 50 per cent of Internet users have a negative opinion of the Constitution and the Assembly itself, but only 3 per cent have any knowledge of the text that came out of the Constituent Assembly.

Thus, fake news is circulating about exclusively indigenous courts, or free abortion up to the ninth month of pregnancy, While the text of the draft constitution reads: ‘Chile is a plurinational and intercultural State that recognises the coexistence of different nations and peoples within the framework of the unity of the State’ and that all people have ‘the right to make free, autonomous and informed decisions about their bodies, the exercise of sexuality, reproduction, pleasure and contraception‘. Boric is paying a very high price in all this: just three months after taking office, 57 per cent disapprove of his actions, and much of this is due to this massive campaign of disinformation and radicalisation.

Boric has identified information as the weapon to fight this war. The ‘Let’s Make History’ campaign seeks to improve Chileans’ knowledge of the 4 September vote. “As a government we will fulfil our duty to inform, considering that both alternatives, approve or reject, are valid and legitimate,” said the president, who has much at stake in the consultation. Boric recalled that ‘the constituent process is also part of the intangible heritage of all Chileans‘. The conservative opposition has launched a series of legal challenges, claiming unlawful interference in the referendum process, but so far these have been rejected.

Chile’s Constituent Assembly also approved a rule preventing the re-election of current President Gabriel Boric for a second consecutive term once the current one ends in 2026. Boric will in fact have to abide by the provisions of the current Fundamental Charter, which does not provide for the possibility of immediate re-election of the president. With 124 votes in favour, no dissenting votes and three abstentions, the article was approved yesterday, which states that ‘the President of the Republic elected for the period 2022-2026 may not stand for re-election for the subsequent period, and shall remain in office with the constitutional powers for which he was elected’. President Boric himself assessed the measure positively. ‘Very good,’ he wrote on his Twitter account.

But there are also those who openly threaten a coup. The former commander-in-chief of the Navy, Miguel Ángel Vergara, on the occasion of the Día de las Glorias Navales, on 21 May, told the current General Staff that there is an ‘internal threat’ that wants to destroy our traditions and values, and that it is necessary to be ready to go ‘on the boarding, leaving our comfort zone behind, as those who came before us did’. Prosecutor Cristián Andrade has announced that he will investigate the allegations.