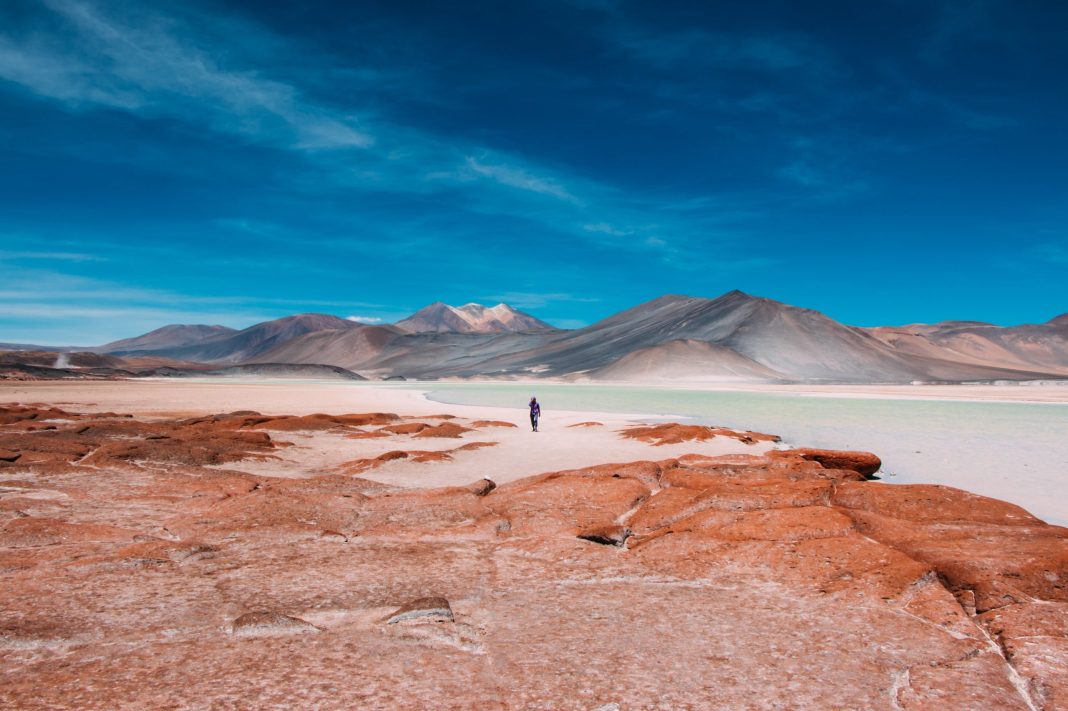 By Emanuele Profumi from Santiago, Chile

“I feel at the edge of a precipice. I feel dizzy. The Chilean reality is going to be very hard now. We have been experiencing a very deep crisis for a long time: political, social, institutional, economic, health. A very violent crisis. For years, society has had to resist. To cope with enormous continuous abuse and the extreme precariousness of life. Institutional abuse, by an absent state,’ says Elisa Giustinianovic, one of the mothers of the constituent proposal, about the ‘Rechazo’ of more than 60 per cent of the votes that rejected Chile’s new Magna Carta. “All this has caused a lot of anger, frustration, deep sadness and despair to build up in Chile. Like when you see your loved ones die because of hospital waiting lists, or when your children go into debt for life. Or because of miserable salaries and pensions (of 80-100 pesos per month). The Chilean reality crushes you like an ant. For my part, I am used to fighting against this reality, because I am an activist. One day we will again have the capacity to accumulate the strength to try to change it. We have to decide which side we are on. We will go on until things change. Chile is a pressure cooker…’, the eco-feminist activist from Punta Arenas painfully confesses to me.

But what happened in Chile on 4 September? Why did the population decide to reject an extraordinary chance to change society and get out of daily misery, institutional injustice and structural violence? Doing a difficult but necessary exercise, we can begin to clarify what probably led to this outcome. From the most profound and general dynamic, to the most contingent and punctual. First of all, the activists of the most important social movements in the country (students, ecologists, feminists, defenders of the demands of the original peoples, radical-democratic groups), despite their exceptional commitment in a very difficult campaign that saw them confront and make up for the lack of institutional information from the organs of the state, due to the ‘Controlaria general’, which threatened continuous denunciations to those who spread the new proposal by holding public office, did not manage, in a few months, to undermine the profound and generalised lack of politicisation. Even if official statistics are not yet available, it is very likely that the majority has not really and completely read the new proposal.

Not least because reading it would have required an understanding of a text hardly within the reach of most. Decades of dictatorship and neo-liberalism have first devastated and then severely inhibited the population’s capacity for political reasoning. Organising public meetings in which to explain and read the most important articles of this constitution was not enough. Much more time and energy would have been needed to reach that part of the population that was decisive, the undecided who were forced to vote for the first time, in order to make clear to them the goodness of the proposal. The movement born in 2019 certainly triggered a process of politicisation of an important part of the population. But in order to make it clear how a constitutional text can change the face of a society, to free itself from a condition of oppression, violence and injustice, one needs a conscious political outlook, that is, a vision of a society other than the one that exists. Which is not an obvious exercise, and often implies a lot of political activity. Or at least a political awareness.

We now know that one year of constituent work (2021-2022), if what is at stake is the societal change, and this is profoundly impolitic/apolitical/anti-political, is not enough. The participatory democratic process that led almost two million people to take an active interest in the new proposal, impressive though it was and incomparable to what happened before, did not touch that part of the country. Secondly, the stakes of the election must be considered. It was not simply a matter of choosing a new constitution, but of voting for a new constitution to change society. The new constitutional pact clearly had a founding character. It was not conceived as a legal text in which to lay down the rules of the game, as happens in a certain liberal tradition, but as a text capable of giving birth to a new society, of constructing a decisive legal support to achieve another form of coexistence. Free from authoritarianism, competition and mercantile logic.

In this sense, the campaign for the ‘Rechazo’ interpreted this stake much more ‘honestly’, mobilising the classic feelings of fear and insecurity towards change that had a considerable grip on the conservative part of the population. To which must also be added the reactionary and nostalgic part of the military regime, the heart of the ‘Rechazo’ campaign. In this sense, those who voted against the new proposal should not only be considered right-wing or extreme right-wing voters, but also centre and centre-left voters. The movement of the ‘amarillos’, a group that was an immediate success in terms of participation and popular support, is emblematic: their watchword was ‘reject the proposal to start a new constituent process’. Not surprisingly, ‘Asì no’ was the most popular slogan of the Rechazo.

The ‘Apruebo’ campaign, on the other hand, was characterised by a vision that revolved around the idea of a ‘modernisation’ of the constituent pact. This position turned out to be ambiguous and too ‘technical’ for many people, and probably generated distrust in the most de-politicised part of the population. Instead of sustaining itself primarily on the joy of overcoming a nefarious society, on the hope of a profound improvement in life, on the end of an era, it remained ambiguous.

It is therefore only at a third level that attention must be drawn to the unscrupulous media campaign organised by the country’s strong powers, owners of the majority of the mass media, in order to understand the extraordinary result of the Rechazo. In this sense, as happened in other recent historical moments, from the Colombian Plebiscite on the peace agreements between Santos and the FARC a few years ago to the Brexit, the movement for Apruebo did not reckon with the crossfire of the mainstream media and the toxic and manipulative use of social media. The firepower of the propaganda appealed to the deeply conservative part of Chilean society, relevant in terms of numbers, used to avoid big and rapid changes, considered dangerous and to be looked at with distrust. Not surprisingly, plurinationality and legal pluralism, i.e. the profound change in the nature of the centralist state, was an easy target to cast discredit and sinister shadows on the new proposal.

Finally, it is important to clarify that being against legal pluralism does not imply, per se, espousing a right-wing perspective and that the constitutional text presented innumerable problems and contradictions, on several levels. For instance, on the issue of gender equality, contradiction was found in some articles in which women would have been guaranteed the majority of institutional spaces. Similarly, on the level of the primacy of political power over judicial power, or on that of the immediate parliamentary implementation of the new Magna Carta. This led some progressive and left-wing people to take reasoned political positions that differed from those of Apruebo (from rechazo, to blank voting and abstention). Also in this election, as is always the case, it has to be considered that a part of the population was not convinced by the proposal, even though they knew it well.