Home World Europe A new Hungarian think tank in Brussels to lead the battle of... 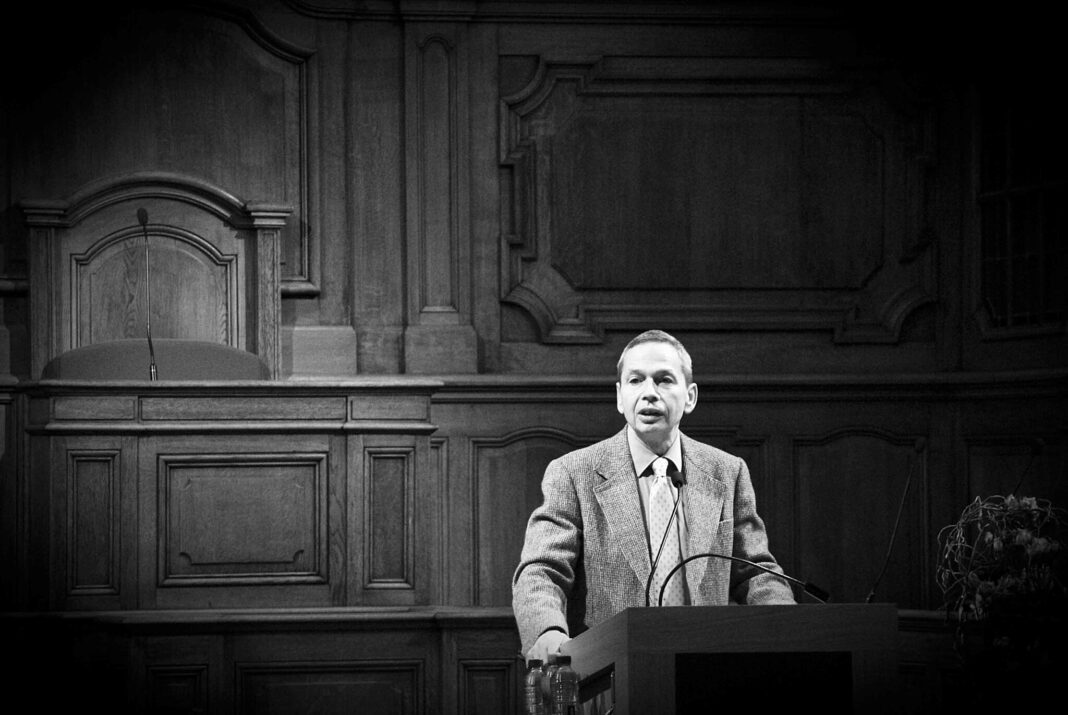 The Mathias Corvinus Collegium (MCC), a Hungarian institute funded by Viktor Orban’s government, has just opened an office in the Belgian capital to build ‘another narrative’ than the one that dominates the European sphere. The launch event took place last week at the Atomium, one of Brussels’ landmark buildings outside the city centre. The aim would be to allow a ‘mature and in-depth debate on the cultural tensions’ that run through the Old Continent, explains Frank Furedi, its director, who regrets the ‘demonisation’ to which the Hungarian Prime Minister is subjected and believes that the ‘hostility’ to which his country is subjected ‘has turned into an irrational magyarophobia’. Furedi, professor emeritus of sociology at the University of Kent in England, aims to reopen the dialogue between two spheres of thought that in his opinion today would no longer be able to communicate and draws a parallel with the religious wars of the 16th century.

As proof of this incommunicability, Furedi points to the adoption by the European Parliament on 15 September of a resolution that qualifies Hungary as an ‘electoral autocracy’ and considers that it can no longer be considered a democracy in its own right. Or even the blocking by the Commission of aid from the European Recovery Plan and some structural funds until Budapest has made progress in terms of respect for the rule of law. The ‘democratic return’ invoked by the community executive would thus be “an ideologically constructed concept, designed to delegitimise the election of individuals and parties that go against the vision of the Western political establishment”.

“Orban tries to influence the ideological debate. He has always understood the importance of discourse and the world of ideas,” explains political philosopher Luuk van Middelaar, who is also one of the co-founders of a brand-new think tank, christened BIG for ‘Brussels Institute for Geopolitics’, and financed by the Netherlands, France and Germany. To conduct his battle of ideas, the nationalist Viktor Orban would like a modern showcase. Men and women of their time, speaking perfect English, wielding the art of debate, open-minded and from diverse backgrounds.

The MCC is a well-known entity in its home country with a predominantly educational purpose. Its after-school courses for children in primary, secondary and tertiary education cater for approximately 6,000 students in 24 training centres spread across Hungary and Romania. The Institute includes a ‘knowledge centre’ and a publishing house. It has the status of a public foundation and claims to be independent. However, the organisation received a “huge amount of funding, around EUR 1.5 billion, from the Hungarian state” when it obtained its new status a few years ago, Dr Balázs Orbán, chairman of the MCC Foundation Board, and also political advisor to the prime minister, Viktor Orbán, told Euronews.

Critics see this move as a mere attempt to amplify the views of the Hungarian government in Brussels, especially in view of the upcoming European elections in 2024. “I don’t think it’s a genuine attempt to engage in the type of constructive, collaborative, deliberative discussion that is customary in European circles. That’s not the way this government functions.”, explains Zsuzsanna Vegh, an associate researcher for the European Council on Foreign Relations (ECFR), another think tank.