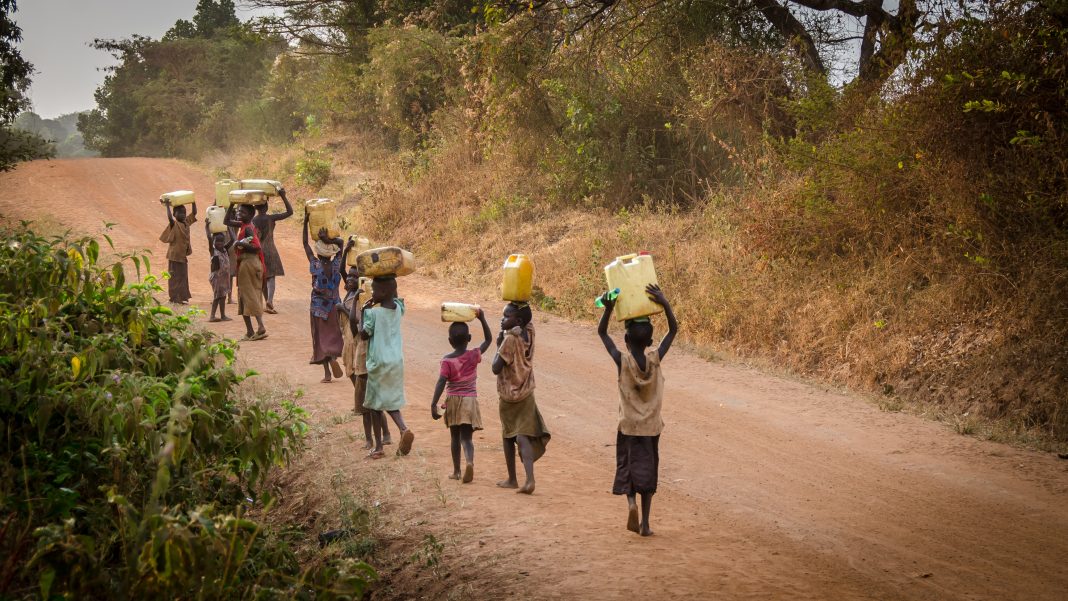 The world is thirstier than ever. The dozens of water crises experienced in the summer of 2021 are just some of the most well-known manifestations of the chronic water scarcity the world is facing at every latitude. For decades, experts and scientists – faced with climate crises, population growth, desertification, lack of technologies and infrastructures – have been studying how to deal with the global water crisis by developing indicators and projections. While the first belief was that hydric crises were a global problem with strong local specificities, what appears certain now is that in this sector the prospects are becoming more critical every day. According to the study “Freshwater availability status across countries for human and ecosystem needs”, published by the United Nations University Institute for Water, Environment and Health (UNU- INWEH) in ‘Science of The Total Environment’ and written by Guilherme Baggio, Manzoor Qadir and Vladimir Smakhtin, it is stated that “Population growth alone (ie without taking into account climate change or water quality considerations) will lead to a widespread and unprecedented decline in per capita water availability. By 2050, 87 countries will have water scarcity (per capita water availability below 1,700 cubic meters per year) and the number of countries with absolute water scarcity (per capita water availability below 500 cubic meters per year) will double, from 25 today at 45 ”.

Even if population growth is not homogeneous and not obvious, it is likely that the transition to a situation of water scarcity will be particularly rapid and problematic, especially in the South of the world where population growth is still very important. For Baggio, Qadir and Smakhtin “Low-income and high-birth-rate countries will record an average decline in water availability per capita of about 46%, followed by low-middle-income countries (down by about 30%), by countries medium-high income (12%) and high income (close to 5%) “. It is therefore expected that within 20-30 years, within a single generation, Sub-Saharan Africa will become the next hotspot of water scarcity and that by that date the per capita availability of water will be halved. In the already arid Middle East and North Africa, the availability of water per capita could decrease by 33%, in Asia by 24% and in Latin America and the Caribbean by 18%. According to researchers, many of the countries in these three continents already live in a situation of water shortage, because they rely on few water resources and do not have or have little infrastructure to support the management and distribution of fresh water. For UNU-INWEH researchers, these countries can transition silently and quickly from scarcity to thirst, but economically advanced and better equipped countries, including the United States, Europe and therefore also Italy, could also experience water scarcity.

In Italy, according to one of the weekly summer reports of the National Association of Reclamation Consortia (Anbi), the loss of the water network is compounded by the decline in water basins, a situation that risks leaving the beautiful country short of water. In the North, Lake Iseo, for example, is far from the filling recorded last year and so also in Lazio the Bracciano and Nemi lakes, in Campania the Cilento reservoirs drop, in Basilicata the natural freshwater reservoirs have decreased of over 22 million cubic meters, while in Puglia and Sicily the scarcity of water in the basins is now a chronic phenomenon. For Francesco Vincenzi, newly confirmed president of Anbi, this situation “is the clear demonstration of how, in the face of climate change, it is necessary to increase the collection of rainwater through new basins, as well as to optimize existing ones. Our plan for the efficiency of the hydraulic network provides for the construction of 23 new basins, the completion of another 16 and the extraordinary maintenance of a further 90 “. An investment of millions of euros, capable of activating almost 10,000 jobs. One of the most useful options for combating water scarcity on a global level is also for UN researchers to improve the efficiency of water use, especially in agriculture, the sector responsible for most of the global water withdrawals: “Be it developing more infrastructure for water storage (where possible), recycling and reusing water, or improving agricultural water management practices, all options should be put on the table. And many of these have already proven effective around the world,” say the scientists.

The UNU-INWEH study also highlights how to mitigate risks of water shortages: “Countries should consider a variety of unconventional resources” and therefore still mostly untapped. “Options and sources such as the collection of water from the air, where geology allows large-scale storage of rainwater, the massive implementation of seawater desalination in coastal areas (a virtually unlimited resource). These are all solutions that have already shown good potential for addressing the growing freshwater shortage.” The high cost of some of these technologies is also gradually decreasing, and will certainly be lower than that of inaction. The research “Limits to the world’s green water resources for food, feed, fiber, timber, and bioenergy”, published in 2019 on PNAS declares “efficiency cannot increase resources indefinitely” and some countries may consider policies to slow down population growth. “After all, water is a limited resource – the scientists recalled – and for a greater number of people living in low- and middle-income countries this means that water scarcity will become progressively more difficult to deal with, perhaps even impossible in the course of our life, despite careful management of water demand. The reduction of population growth in developing countries can only be achieved by achieving certain Sustainable Development Goals (SDGs), such as SDG 4 (education) or SDG 8 (decent work) ”. In short, the scarcity of water clearly suggests a paradigm shift. “If we don’t act now, don’t be surprised when the taps stop working one day sooner than we might expect,” concluded Baggio, Qadir and Smakhtin.