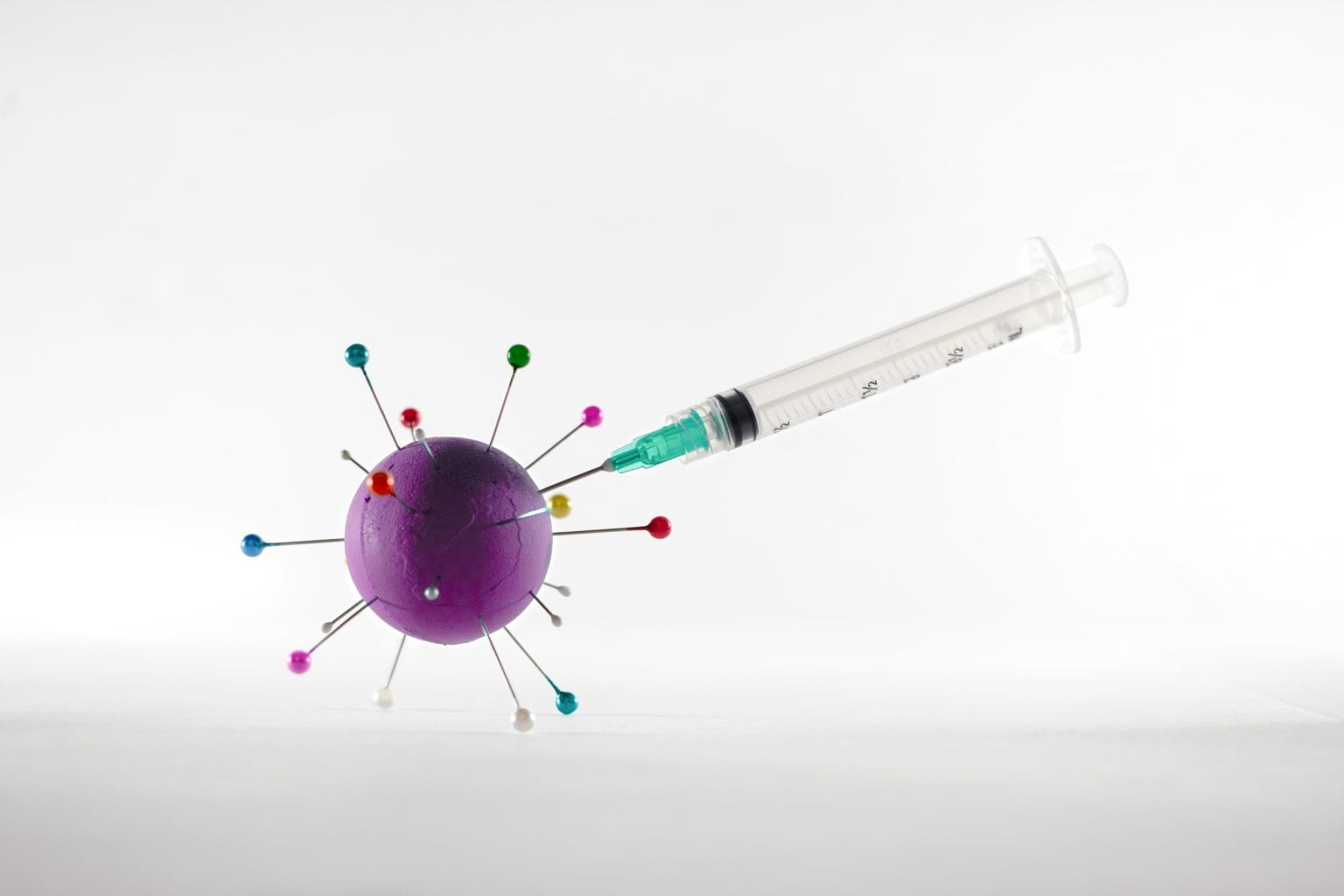 The anti Covid 19 vaccination is highlighting already existing and well-known inequalities. In this dossier, we analyze two initiatives launched by the civil society to abolish vaccine patents: the accusation of MEP Manon Aubry to the European Commission, and the one raised by Antonio Guterres, UN secretary, against the unequal and “wild” distribution, which harms the poorest Countries and those affected by conflicts and humanitarian crises.

To get a global idea of the world vaccination trend, here is the interactive map provided by Gedidigital.

WHO DOES WHAT: Attack on the EU

FOCUS 2: Covax Gets Into Action

“Wildly irregular and unjust”: that’s how United Nations Secretary, Antonio Guterres, described the distribution of Covid 19 vaccines in the world. As of February 17, 2021, Guterres reported that 10 rich countries have received 75 percent of all vaccinations, while 130 countries have not received even a single dose of the vaccine. “At this critical time, vaccine fairness is the biggest moral test before the global community,” said Guterres as he called for an urgent global vaccination plan.

The People’s Vaccine Alliance – a coalition of organizations and activists fighting for health equity – denounced, referring to 96% of Pfizer’s expected production and all Moderna vaccines produced in 2021, that “the rich nations that represent only 14% of the world population have purchased more than half (53%) of all expected vaccines ”.

Since vaccine costs vary by country (for example, South Africa pays for its first vaccines developed by AstraZeneca about 2.5 times more than what European nations spend), WHO has repeatedly asked to avoid bilateral negotiations with producers, which can drive up prices. An appeal to get the anti-Covid vaccines quickly to Africa was launched by the director of UNAids, Winnie Byanyima, who asks the pharmaceutical industry “not to be pushed by the desire for super profits”, assuring that “they can still make them. even if they share their formulas ”.

Several organizations, associations and citizens have launched a petition to address the European Commission directly and propose a legislative act. To be considered, 1 million people from across the European Union need to sign in support of it. “We all have the right to health – reads the first point of the four claims – In a pandemic, research and technologies should be shared widely, quickly, all over the world. A private company should not have the power to decide who has access to treatment or vaccines, nor at what price. Patents give a single company a monopolistic control over essential pharmaceuticals. This limits the vaccines’ availability and increases their cost for those who need them “

There is also an Italian version, launched in November 2020 by politicians, scientists, and economists to the Italian government, requesting that all patents on vaccines and biomedical equipment are suspended during the emergency phase. “In 2020 – the petition reads – the world was overwhelmed by a pandemic which, as declared by the World Trade Organization, represents” an unprecedented devastation for the global economy and world trade “. An international policy measure is therefore essential to ensure universal access to the vaccine and other remedies that can stop the SARS-CoV-2 virus. In fact, since the beginning of the pandemic, the possibility of accessing essential products in the world has been highly unequal “.

According to the petition, one of the main barriers to access to essential drugs lies in intellectual property rights, and in the twenty-year patent monopoly regime established in the TRIPS agreements of the World Trade Organization (WTO) and conferred to industries.

On October 2, 2020, India and South Africa officially asked the WTO to allow all member countries not to grant patents or other intellectual property rights in relation to Covid19 for the duration of the pandemic, until global immunity is achieved. The proposal of India and South Africa is supported by many other governments, by international organizations, and by over 400 civil society organizations, experts, economists.

“We therefore ask – concludes the petition – that Italy works with conviction within the European Union, in concert with other European countries, so that the Commission’s hostility to India’s and South Africa’s initiative is immediately reviewed, and instead accepted due to the Covid 19 in a temporary exception to the ordinary regime of the TRIPS  Agreement “.

WHO DOES WHAT: Attack ok the EU

Member of the European Parliament Manon Aubry, from France Insoumise, former member of Oxfam, and co-chairman of the Gue group, pointed the finger at the EU Commission and at the market logic guiding it. Aubry has in fact denounced that the European Commission has not imposed neither the conditions nor the rules on covid vaccines distribution. Rules and terms have instead been decided by the big pharmaceutical companies, despite public money has been used to develop the vaccines. The MEP cites Pfizer, which, for example, is making a profit of around 30% and refuses, like other laboratories, to give up intellectual property on patents.

But this is not exclusively a European problem. According to the MEP, some countries, such as Israel, Great Britain and the USA have obtained the doses, but have not imposed rules on pharmaceutical laboratories and in some cases have even given away sensitive data. “The basic problem – reads the interview with Aubry in the Italian newspaper Il Manifesto – is that health is not considered a common good, but a product like any other on the market. Thus a terrible competition has been unleashed. The lesson is that we must collectively regain control, impose our conditions as citizens ”.

According to Manon Aubry, the only way out of the pandemic is to have public patents. “The solution – she argues – is to remove the patents as soon as possible: we are given the examples of AIDS, polio, hydro-alcoholic gel. It is a political challenge, but the EU is weak ”.

According to the overview of the World Health Organization (WHO), as of 22 January 2021 there were 237 candidate vaccines under development, of which 173 in the pre-clinical phase and 64 in the clinical phase (16 of the latter already in phase 3).

So far, in Europe, the mRNA vaccine has been authorised: this includes the vaccine produced by the company BioNTech / Pfizer and approved by the European Medicines Agency on 21 December 2020, and the one produced by Moderna and approved by the EMA on 6 January 2021. Second line are the vaccines developed by the University of Oxford-AstraZeneca and by Johnson & Johnson. Also, on the European front, the Swiss Novarti will support the production of the “CureVac” anti-Covid vaccine candidate. The first supplies should arrive in the summer.

Then there are, among others, the Chinese-made vaccine Coronavac, the Cuban Soberana 02, the Russian Sputnik V and the Covaxin, produced by Barat Biotech, an Indian pharmaceutical company.

FOCUS 2: Covax gets into action

The Covax initiative for equal global access to Covid 19 vaccines, after months of adjustment, seems to have come to life. Covax is managed by the Coalition for Epidemic Preparedness Innovations (Cepi), the Vaccine Alliance (Gavi) and the World Health Organization (WHO), together with Unicef, a key partner for the delivery of vaccines.

The first round of allocations provides information on the supply of doses of the AstraZeneca (AZ) / Oxford and COVISHIELD vaccine, licensed and manufactured by Serum Institute of India (SII / AZ) between March and May 2021. Deliveries for this round of vaccine allocations have started with India, Ghana and Ivory Coast. On March 1, both Ghana and the Ivory Coast began vaccination campaigns using these doses. In addition to this first round of doses donations, an exceptional distribution of 1.2 million doses of the Pfizer-BioNTech vaccine was announced in early February, scheduled for delivery in the first quarter of 2021. 18 Countries in the five continents are going to benefit from such an ambitious plan.