This article is updated as to 6:00 CET on 12/02/22.
by our Director, Italian journalist Raffaele Crocco.

All Americans must leave Ukraine immediately, as a war could start at any moment – and the Marines will not arrive in Kiev to evacuate civilians: “If we started shooting at each other with the Russians,” says Joe Biden, “it would be a world war”. The spectre of conflict continues to hover over the European stage, and the latest signs are not encouraging. As if that were not enough, Jake Sullivan, the US President’s national security advisor, said at a White House press conference on Friday that the US intelligence shows that Russia is ready with all the military elements necessary for an invasion of Ukraine.

NATO Secretary General Stoltenberg also curbed the enthusiasm: it is too early, he said, to talk about de-escalation. In short, it cannot yet be said that the crisis in Ukraine, with the reported threat of a Russian invasion, has been defused by French President Macron’s visit to Moscow. Macron – who is also president of the European Union – and Putin had a long meeting. They came out of the meeting referring to the Minsk agreements which, in 2014, sought to find solutions to the pro-Russian separatist conflict in Donbass and Crimea. In these days of Russian troops massed on the border, the 2020 truce in Donbass is still holding. The war there is formally silent after 15,000 deaths and thousands of refugees.

But the reference to the Minsk agreements, and Putin’s repeated request for security guarantees – which calls for the end of NATO’s enlargement to the East – do not guarantee anything. This is the perspective of EU diplomacy chief Josep Borrell. “Macron’s visit to Moscow,” Borrell says, “brought an element of détente, but it did not represent a ‘miracle’. The problem has not yet been solved. As if to confirm the words, troops are now moving. British troops have joined NATO allies for military exercises in Estonia. London, on the other hand, lets it be understood that it is ready to intervene in the field, in case of a Russian invasion.

Above all, however, the Russian armed forces are on the move, which together with those of Belarus have started large-scale military manoeuvres this week. They are called Union Resolve 2022 and are planned. They will end on 20 February. The aim is to test the ability to suppress and repel external aggression. Experts say it is Russia’s largest military deployment in former Soviet Belarus since the Cold War. Moscow has moved up to 30,000 soldiers, two battalions of surface-to-air missile systems and numerous fighter jets. 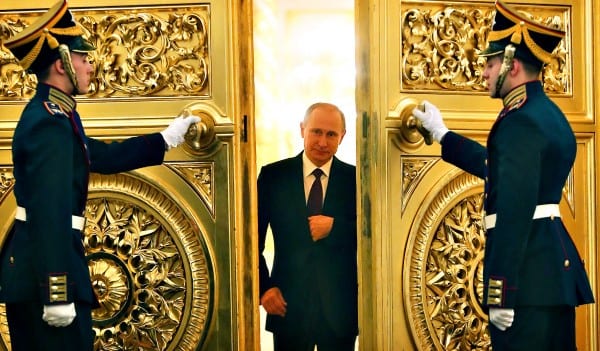 Inevitably, this did not please the United States and NATO. For Washington, these manoeuvres are the umpteenth proof of Putin’s desire to raise tension over Kiev. And Putin, like a skilful player, continues to send out ambiguous signals: he denies there are any plans to invade, but in the meantime invites non-essential staff of his embassy in Ukraine to leave the country temporarily. At the same time, it has signed a political-military pact with China that aims to shift the future of the world to Asia, definitively labelling the United States and the European Union as adversaries – if not enemies.

It is a game in perspective, which Putin is conducting with determination. The objective seems increasingly clear: to return to the imperial splendour of the old Russia.