Home World Near East The world keeps a distance from the ‘Palestinian question’. 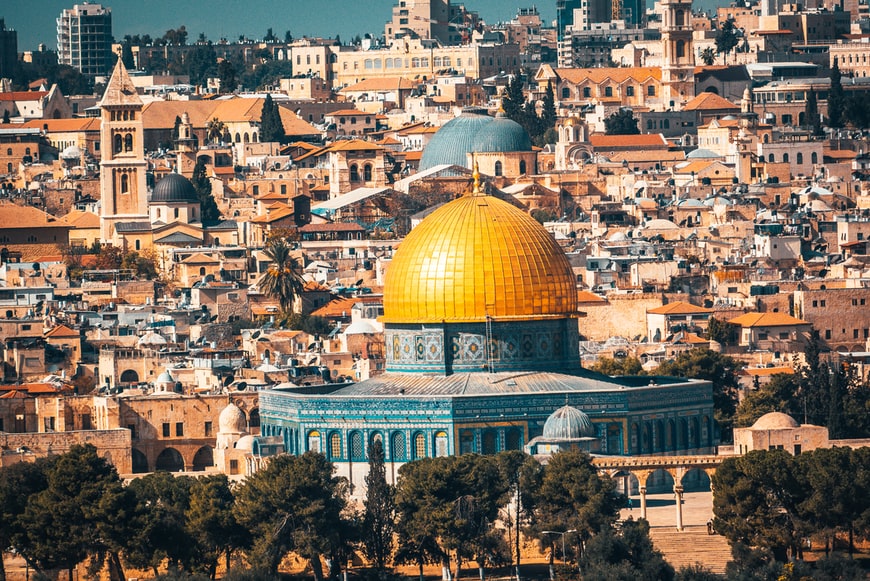 One just needs to follow the trend of social networks, Facebook, Twitter and even the majority of the most respectable and attentive newspapers around the world to understand that the “Palestinian issue” is of less and less interest to the general public and even less in the chancelleries. Even the Israeli media seem almost surprised at having to recount and explain for the umpteenth time attacks, deaths, and repression such as the tragic events of the last few weeks in Tel Aviv and its surroundings, in Bersheva in the south of the country and, obviously, in the occupied territories of the West Bank. Jerusalem, as so many times since it was conquered and occupied by Israeli troops in 1967, is the place that represents, not always clearly and fairly, the behaviour of the Israeli government and settlers or the life, dreams, and claims of Palestinian Arabs.

Israel denies them basic democratic rights, demolishes their homes and restricts their movements,” a well-known journalist writes in Haaretz. The police treat all Palestinians as an enemy and other agencies discriminate against them in every field: health, education, transport, infrastructure. So I can say that the occupation in Jerusalem is bad enough and there is no need to make up lies about it”. One of the best known and most caustic columnists echoes and adds an explanation to his colleague from the daily newspaper (considered the historical voice of those among the Jews of Israel who seek a peaceful solution to the conflict).

“The events that have unfolded in recent weeks in the occupied territories seem to have been taken out of the Bible. Everything is steeped in religion and fundamentalism: the Temple Mount, Joseph’s Tomb, the yeshiva at Homesh, the pilgrims, the faithful, Ramadan, the sacrificial lamb, the Temple. A religious war taken directly from the biblical accounts’, writes Gideon Levy. He adds: ‘Despite this, make no mistake, religion is merely a theatrical prop. The motive driving the settlers and their supporters remains ultra-nationalist… Palestinian aspirations have always been and remain national: rights, independence, removal of the occupier. This is what underlies the violent riots expressed by rampant Palestinian youth. Religion is only used by both sides as an excuse. Despite all the trappings, this is not a religious war, although it could become one”.

In the last few weeks in which Jews, Christians and Muslims have seen their religious holidays coincide and the multiplication of attacks and repression, we have witnessed a modest dance on the part of some powers outside the conflict but interested, for different reasons, in avoiding an explosion at a time when the world is already divided into often uncertain, almost perplexed, sides regarding the war unleashed by Russia against Ukraine. The US administration immediately took action by sending an envoy to the region formally “to talk about the peace process” but in practice only to ask its allies and the Palestinians themselves not to rock the boat. The royal house of Jordan, weak and struggling with internal issues (including economic problems), has repeatedly and harshly criticised Israel while the parliament in Amman is calling for a suspension of the peace treaty between the two countries.

Saudi Arabia has stayed out of the debate after provocatively approaching China, in an anti-Biden function, after rejecting the US president’s request to help reduce the price of oil, which has soared due to the war in Europe. Turkey, a NATO member that is going through a serious economic crisis, has condemned the Israeli violence in Palestine, guaranteeing, however, that it will not affect the newfound friendly relations with the Bennett government, which is also in difficulty. As always, the attitude of the two Palestinian realities were opposed and contradictory. On the one hand, the PNA president, who continues to lose internal consensus, has threatened to break off relations with Israel. And Hamas, always ambiguous, has made it known to Tel Aviv that it does not want an escalation of the conflict but cannot abandon that growing segment of the Palestinian population in search of a more dynamic leadership.

It is a bleak picture. And full of risks. It is not clear whether the US and Europe will reach a new agreement with Iran on the nuclear issue. Israel appears uncertain whether or not to launch a pre-emptive strike against Tehran that could trigger a devastating regional war. And the other actors, large and small, appear to be standing still waiting to see if the ‘great powers’, an increasingly ill-defined term, are preparing to design a new regional order as the Europeans did after the end of the Ottoman Empire and which they modified and consolidated with the US at the famous Yalta conference at the end of the Second World War. Certainly, the plight of the Palestinian people does not look likely to improve as long as the majority of Israelis, secular and religious fanatics alike, remain clearly aligned and active against the creation of an Arab state in the occupied territories.