Home News The ‘BRICS’ grows larger – and with consequence 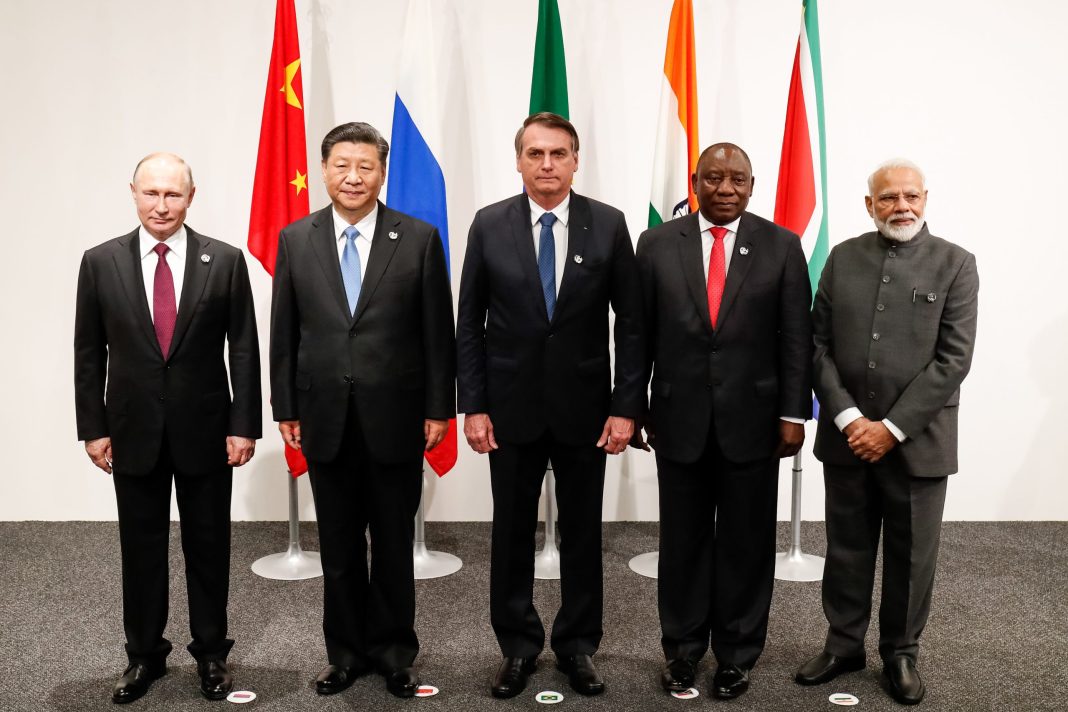 Chinese President Xi Jinping announced the acceleration of the expansion process of the BRICS group (Brazil, Russia, China, India, South Africa) to Iran and Argentina at the 14th BRICS leaders’ meeting in Beijing at the end of June. Iran and Argentina announced that they had formally applied to join the group. In May, the foreign ministers of Kazakhstan, Saudi Arabia, Argentina, Egypt, Indonesia, Nigeria, Senegal, the United Arab Emirates, Thailand and others attended the BRICS foreign ministers’ meeting for the first time. All this indicates that the expansion of the BRICS is accelerating.

Argentine President Alberto Fernandez has in recent days reiterated his desire for Argentina to join BRICS. Argentina hopes to become a member as soon as possible. The possible expansion of the Brics to include countries such as Saudi Arabia, which has already expressed interest, and nations such as Bangladesh, Egypt, the United Arab Emirates and Uruguay, which last year joined the New Development Bank, an institution founded by the Brics in 2015, cannot be ruled out. Iran’s entry would add further value to the Brics, as the country holds about a quarter of the Middle East’s oil reserves and the world’s second-largest gas reserves. Invited to a virtual summit meeting, Iranian President Ebrahim Raisi delivered a speech in which he expressed Iran’s readiness to share its vast capabilities and potential to help Brics countries achieve their goals. At the same time, Tehran participated in two days of talks in Doha aimed at rebuilding the relationship with the US, reviving the Joint Comprehensive Plan of Action (JCPOA) agreement between Iran and the US, which ended without any positive outcome. With hopes of normalising its ties with the Western bloc fading, Iran now sees this as an opportunity to break its isolation.

Egypt, Saudi Arabia and Turkey are also knocking at the door

After joining the Shanghai Cooperation Organisation (SCO) last year, participation in the BRICS is Iran’s second step towards membership in this group, which explicitly presents itself as an alternative to the West, and to dollar hegemony in the global economy. Feng Xingke, secretary-general of the World Financial Forum and director of the Center for BRICS and Global Governance, told the Beijing-based Global Times that Iran’s inclusion in BRICS will mean “closer and more effective channels between resources and markets, benefiting all members.” In an interview with the Russian news outlet Izvestia, Purnima Anand said that China, Russia and India had discussed the accession of Egypt, Saudi Arabia and Turkey to Brics, adding that this might not come to fruition in different timeframes.

“All these countries have shown interest in joining and are preparing to apply for membership. I think this is a good step, because expansion is always perceived positively; this will clearly increase the influence of the BRICS in the world,’ Anand explained. “I hope that the BRICS countries’ membership will happen very quickly, because now all the representatives of the association’s core are interested in the expansion of the organisation.” Earlier, Li Kexin, director general of the Chinese Foreign Ministry’s Department of International Economic Affairs, had also stated that several countries were “knocking on the doors” of the organisation, including Indonesia, Turkey, Saudi Arabia, Egypt and Argentina.

Speaking at the Forum on Wednesday, Putin stressed the need to ‘create an international reserve currency based on a basket of our countries’ currencies‘. This idea is part of the so-called R5 project, an acronym taken from the common initial letter of the currency of the five BRICS countries (the Brazilian real, Russian rouble, Indian rupee, Chinese renmindi and South African rand). In this regard, Putin pointed out at the Forum that the total international reserves of the Brics countries amount to about 35% of the world’s reserves.The idea is to develop a system for the multilateralisation of payment agreements using their own currencies, completely bypassing the dollar and Western financial institutions and thus shielding themselves from sanctions. Another advantage that BRICS could give Putin’s Russia is to link its banking payment system, currently disconnected from the West due to sanctions, to that of the BRICS economies.

As data from Rystad Energy show, India bought six times more crude oil from Russia between March and May this year than in the same period last year, while Chinese imports tripled in the same time frame. As Rita Fatiguso pointed out in Italian newspaper Il Sole 24 Ore, the New Development Bank – which is the alliance’s development bank – ‘was (…) refinanced with USD 30 billion for the five-year period 2022-2026 when the board was renewed. This brought the bank’s endowment for infrastructure projects to $60 billion to date. Funds from which Vladimir Putin’s Russia, which in this context is totally safe from any international sanctions, will also benefit’.

A process of bringing together countries not aligned with the US comes from afar, from the creation of the Shanghai Cooperation Organisation (SCO) in 2001, an outgrowth of the ‘Shanghai Five’, a mutual security agreement concluded in 1996 between China, Kazakhstan, Kyrgyzstan, Russia and Tajikistan. On 15 June 2001, the leaders of these nations and Uzbekistan met in Shanghai to announce a new organisation with deeper political and economic cooperation; the SCO Charter was signed on 7 July 2002 and came into force on 19 September 2003. Since then, the membership of the SCO has grown to eight, with India and Pakistan joining on 9 June 2017.A move that has since raised discussions and comments on the geopolitical nature of the organisation . Matthew Brummer, in the Journal of International Affairs, traces the implications of the SCO’s expansion into the Persian Gulf According to political scientist Thomas Ambrosio, one of the SCO’s objectives was to ensure that liberal democracy could not gain ground in these countries.

Iranian writer Hamid Golpira commented: ‘According to Zbigniew Brzezinski’s theory, control of the Eurasian mainland is the key to global domination and control of Central Asia is the key to control of the Eurasian mainland…. Russia and China have been paying attention to Brzezinski’s theory ever since they formed the Shanghai Cooperation Organisation, ostensibly to curb extremism in the region and improve border security, but most likely with the real goal of counterbalancing the activities of the US and the rest of the NATO alliance in Central Asia’.

As early as November 2005, Russian Foreign Minister Sergey Lavrov stated that ‘the Shanghai Cooperation Organisation (SCO) is working to establish a rational and just world order’ and that ‘the Shanghai Cooperation Organisation offers us a unique opportunity to participate in the process of forming a fundamentally new model of geopolitical integration’. The People’s Daily commented at the time: ‘The declaration emphasises that the SCO member countries have the ability and responsibility to safeguard the security of the Central Asian region and calls on Western countries to leave Central Asia. This is the clearest signal given by the summit to the world’.

On the cover: the BRICS founding members, in a photo by Wikimedia.