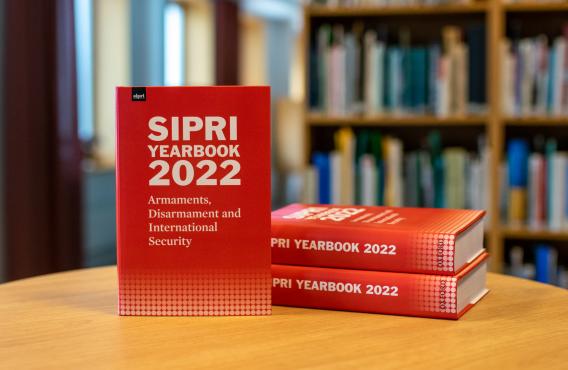 The 53rd edition of the prestigious Stockholm International Peace Research Institute (SIPRI)’ yearbook predicts that global nuclear arsenals will grow as states continue to modernise. In the 2022 Yearbook, available now, SIPRI brings together research findings and analyses that assess the current state of armament, disarmament and international security. The key finding is that despite a marginal decrease in the number of nuclear warheads in 2021, nuclear arsenals are expected to increase over the next decade. A sign, says the report, that the post-Cold War decline in nuclear arsenals is coming to an end.

The nine nuclear-weapon states – the United States, Russia, the United Kingdom, France, China, India, Pakistan, Israel and the Democratic People’s Republic of Korea (North Korea) – continue to modernise their nuclear arsenals, and although the total number of nuclear weapons declined slightly between January 2021 and January 2022 (see table below), the number is likely to increase over the next decade.Of the total inventory of about 12,705 warheads at the beginning of 2022, about 9440 were in military stockpiles for potential use. Of these, about 3732 warheads were deployed with missiles and aircraft, and about 2000, almost all of them belonging to Russia or the US, were kept on high operational alert.

Although the total stockpiles of Russian and US warheads continued to decrease in 2021, this was due to the decommissioning of warheads that had been withdrawn from military service several years ago. The number of warheads in the usable military stockpiles of the two countries remained relatively stable in 2021. The deployed strategic nuclear forces of both countries were within the limits set by a bilateral nuclear arms reduction treaty (2010 Treaty on Measures for the Further Reduction and Limitation of Offensive Weapons, New START). Note, however, that New START does not limit total inventories of non-strategic nuclear warheads. “There are clear indications that the reductions that have characterised global nuclear arsenals since the end of the Cold War are over,” said Hans M. Kristensen, Associate Senior Fellow with Sipri’s Weapons Mass Destruction Programme and director of the Nuclear Information Project of the Federation of American Scientists (Fas). ‘All nuclear-weapon states are increasing or upgrading their arsenals and most are honing their nuclear rhetoric and the role nuclear weapons play in their military strategies,’ said Wilfred Wan, director of Sipri’s Weapons Mass Destruction Programme. ‘This is a very worrying trend.’

Russia and the United States together,’ reads the Yearbook further, ‘possess more than 90 per cent of the world’s nuclear weapons.’ The other seven nuclear weapon states are developing or deploying new weapon systems, or have announced their intention to do so. China is in the midst of a substantial expansion of its nuclear weapons arsenal, which according to satellite imagery includes the construction of more than 300 new missile silos. Several additional nuclear warheads are expected to be assigned to operational forces in 2021 following the delivery of new mobile launchers and a submarine.