Home News Against inhumanity in Afghanistan: working to end an avoidable crisis 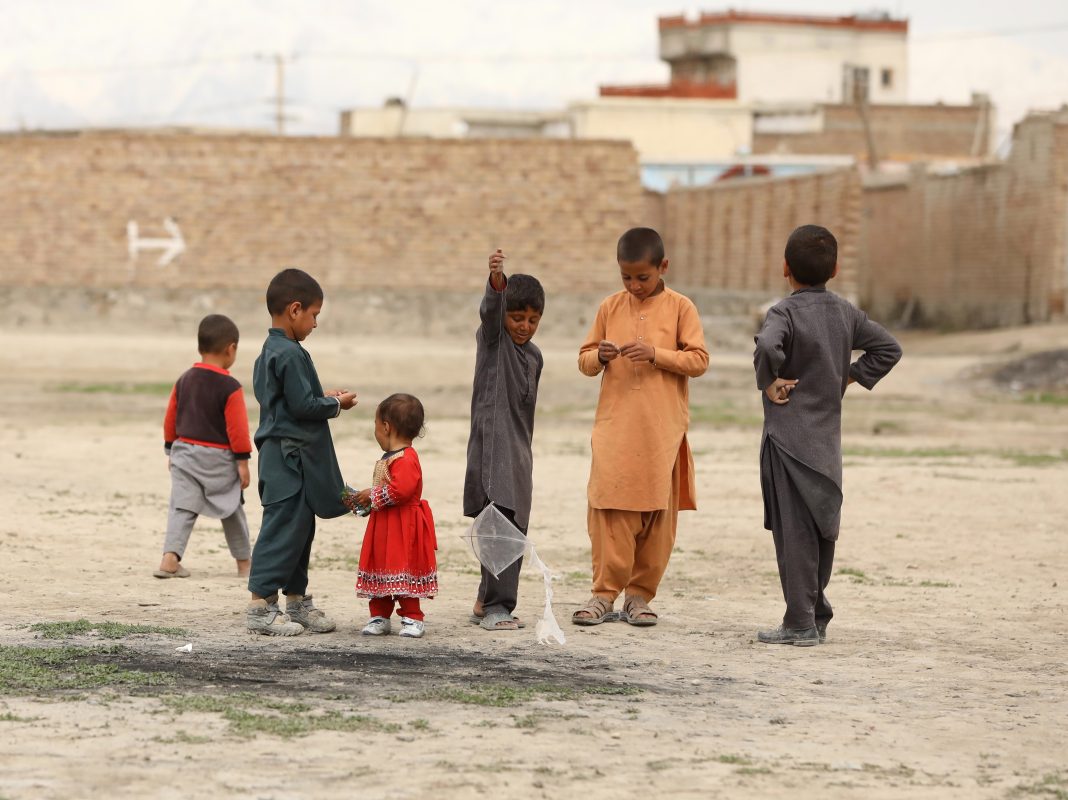 From United against Inhumanity:

Beyond the horrific scramble at Kabul International Airport in August last year, the return of the Taliban was met by most Afghans with a mix of relief and anxiety.  Relief because the war – for all practical purposes – was over.  Anxiety because of the uncertainties ahead.

Afghanistan is a much-changed country after decades of warfare and massive displacement coupled with social and economic transformations. However, it was not clear whether and how the Taliban Movement had changed. Would they impose the same authoritarian and discriminatory rule as when they were in power from 1996 to 2001?  What would happen to civil society, to a vibrant media sector, to the education and employment of girls and women?

The US and its partners have invested at least 3 trillion USD in an occupation that talked of peace, democratic governance, and human rights. The discrimination faced by women and girls was presented as a major rationale for the US invasion in October 2001. However, the chaotic withdrawal of the US and the massive airlift of much of the urban elite in August 2021 were coupled with the decision to engage in economic warfare.  This meant that the cessation of external financing and seizure of Afghanistan’s foreign reserves left Afghans with the twin realities of the return of the Taliban regime and a massive increase in poverty and hunger that disproportionately affects women, many of whom are destitute.

It is time to undo callous and irresponsible policies.

For the past 12 months, UAI has been tracking and analyzing developments in Afghanistan focusing on the freezing of Afghanistan’s external reserves and the devastating consequences of this for the economy and the livelihoods of Afghans.

Western media, donors and human rights organizations have mostly focused on the Taliban’s restrictive policies vis-à-vis women and girls and to some extent on the distressing humanitarian situation. Increasingly, attention is shifting to the economic predicament arising from the arbitrary sequestration of the Afghan people’s external reserves. Unless ways are found to unblock the current situation and begin the release of these vital resources to the DAB in a periodic and monitored fashion, the devastation of Afghan lives and livelihoods will persist and intensify.

A growing number of civil society, advocacy, and other groups including humanitarian NGOs, are now engaged in challenging the politically-driven decisions of the US and European governments. UAI is working with concerned groups and networks including the Unfreeze Afghanistan coalition and the Center for Economic Policy Research (CEPR). In March 2022, UAI sent a letter signed by some 50 international personalities to President Biden calling for the release of the Afghan reserves. A letter signed by 72 economists was recently sent by CEPR with a similar request.

So far there has been no significant change in the position of the US and its allies.  The US has, however, recently indicated that it will resume talks with the Taliban and others on its decision to block the DAB from accessing Afghan external reserves.  It is, therefore, critical to maintain a spotlight on, and continue to document, the inhumanity of the suffering that is being imposed on the Afghan people.

This past year highlights the urgency of remedial action that needs to take account of the divergent dynamics fuelling the crisis and its cost to Afghan citizens.  These include:

No war, but no peace dividend.  For the first time in 40+ years, most Afghans have not had to worry about the type of warfare – air strikes, night raids and IED (improvised explosive device) attacks – that routinely killed Afghans in their homes, workplaces, and markets. Most Afghans have lived in relative peace for the past year. Armed conflict has greatly diminished. Civilian casualties have dropped by approximately 75%. Security has improved in most of the country. Roads are generally safe. Aid agencies can move around freely.  Terror attacks by ISIS-K pose significant threats as do scattered incidents of armed resistance in areas where Taliban support is weak.  The ability of women and girls to benefit from enhanced physical security is limited given the introduction of draconian policies. These reinforce the deep-rooted discrimination that has been the lot of most Afghan females since before the creation of the Afghan state – notwithstanding periodic bouts of positive change in terms of education, mobility, and ability to participate in the public sphere. In sum, peace is welcome but fragile. Moreover, so far, there has been no peace dividend for the vast majority of Afghans. Quite the contrary.

The return of the Taliban to Kabul refocused attention on a human rights situation long undermined by impunity and structural violence. This was compounded by corrupt and dysfunctional rule of law and judicial systems that contributed to the marginalization of women and other disenfranchised Afghans.  Many organizations and individuals are, rightly, invested in highlighting Taliban disregard of fundamental rights and freedoms including, in particular, the situation of women, girls and certain minorities.  Restrictions on the media, arbitrary detention, and extrajudicial killings have also been highlighted.  Relatively little attention, however, has been focused on economic rights as well as the right to food, health care and a means of livelihood.  For the vast majority of Afghans, life is a daily nightmare given the sanctions-imposed collapse of the economy and banking sector.

A deadly combination of disasters, including an earthquake, drought, and floods, has affected more Afghan lives and livelihoods as never before. This perfect storm of crises resulting from natural hazard-related events has been compounded by the abrupt termination of external aid and budgetary support.  Western and other donors funded 75% of Afghanistan’s annual budget until August 2021 thereby ensuring the availability of essential services such as the health care which is now on the verge of collapse given lack of funding.  International support has been limited to humanitarian help – essential and still insufficient – which is not a substitute for a functioning economy.  As a result, poverty and food insecurity have increased dramatically.  More than 90% of Afghans have been food insecure this past year. Almost 20 million people are experiencing acute levels of food insecurity and the lives of 1.1 million children with severe acute malnutrition are at risk. Poverty has now taken over from conflict as the primary driver of displacement. A staggering 82% of families are in debt. In addition, Afghanistan is experiencing a severe brain drain as many thousands of Afghan professionals have fled the country as well as tens of thousands of others who are obliged to migrate or seek refuge abroad to secure their survival.

Economic warfare has displaced armed conflict as a major threat to life and well-being. The international community, with the defeated Western powers in the lead, are imposing collective punishment on the Afghan people by arbitrarily sequestering the sovereign external reserves of the central bank, the Da Afghanistan Bank (DAB). These vital resources belong to the Afghan people.

Action by the US and various Western countries to block the DAB’s access to Afghan funds is a calamitous political decision that has devastating economic and social consequences: the economy has largely ground to a halt, the banking system is practically paralyzed, traders face enormous problems to export or import their wares, and Afghans cannot access their savings. The world’s richest and most powerful countries that are to a large extent responsible for the events that led to the return of the Taliban to Kabul last year are effectively telling Afghan citizens that it is OK to resort to extreme coping mechanisms to stave off hunger.  This is callous, reprehensible and irresponsible.

United Against Inhumanity works to contrast the inhumane, indiscriminate effects of sanctions against Afghanistan on the civil society. Read the complete article, rich with testimonies from humanitarian workers and victims, on their website.