Home Attempts at peace 12 points to end this war (and then, all the others) 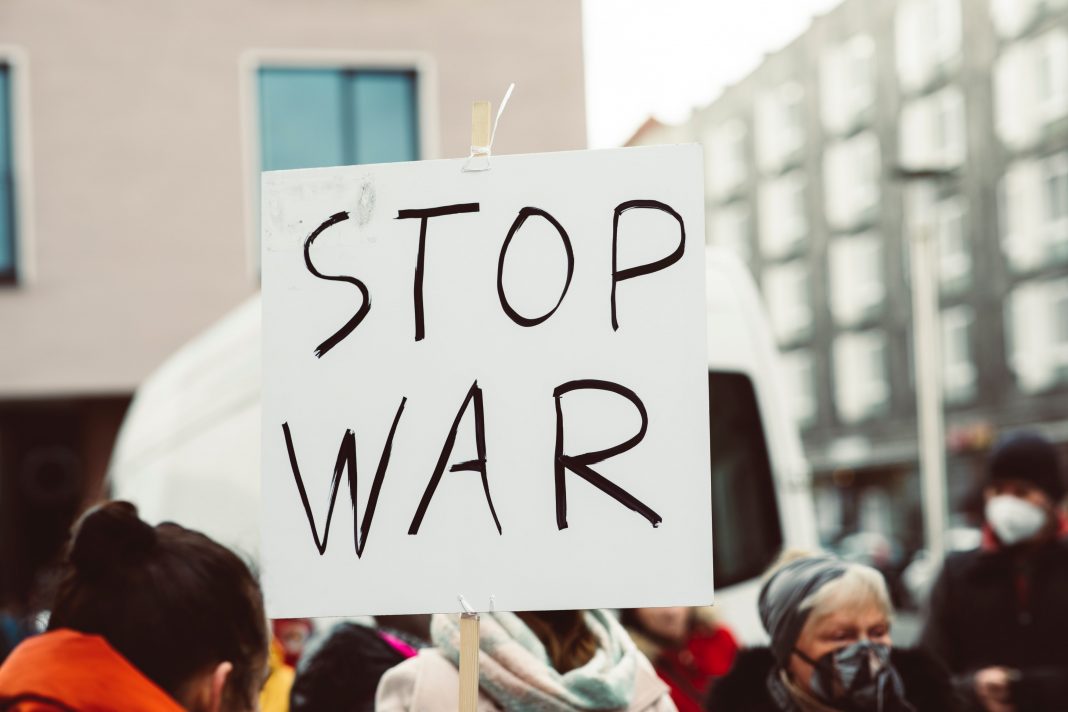 “Twelve proposals and an outline of analysis. I have tried,” writes Giovanni Scotto, associate professor at the University of Florence, “to articulate an argument about the Russian invasion in Ukraine, and the peaceful and effective actions we can take. Several things are already being done, of others I have no news (please point out to me “who is doing what”, so as to give credit where credit is due). Above all, I would like us to get out of the “yes to weapons, no to weapons” debate. Ukraine has decided to defend itself militarily against aggression (there is not even compulsory conscription at the moment – those who go to war do so voluntarily). It is up to us, I believe, to open up different and effective spaces for action. I would like this text to be circulated and for us to start taking serious action.” We are happy to publish his reflections.

This document is a contribution to a platform for action for citizens, political forces and civil society, and a set of requests to national and international institutions.

War must be stopped, and the system that led to it must be transformed. It is necessary today to give the concrete possibility of peaceful coexistence and development to all peoples in all these countries, without relying only on the logic of “negative peace”, of military alliances and arms races. Those who are inspired by the values of peace and non-violence must work for a positive peace in Europe: rights for all, justice for all, development for all, freedom for all, memory of all. We propose the following action points and ask for the immediate activation of citizens, civil society, local authorities, state and European institutions:

1. Immediate delivery of humanitarian aid: inside and outside Ukraine, also as far as possible in the Russian occupied areas, especially among citizens and civil society groups, building networks with local communities. Take in all civilians fleeing the country, regardless of nationality. Ensuring fast and free transportation from Ukraine and neighbouring countries for reunification with family members present in our territories.

3. Offer humanitarian protection and political asylum to conscientious objectors and deserters from Russia and to all those who intend to defect from the war system, including in embassies and consulates on Russian territory. This point was proposed by War Resisters International.

4. Monitor the information coming from the warring countries, verify the sources, do not fall into the traps of war propaganda. Oppose the spread of hate speech against the Russian people and culture, in the media and in our society. Report in the media not only armed clashes but also attempts at peace and forms of non-violent struggle against the occupiers.

5. Promote and disseminate knowledge and tools of civil resistance and nonviolent popular defence, which have played a decisive role in opposing invasions, overthrowing military dictatorships and authoritarian regimes around the world in recent decades. Support and give visibility to nonviolent protests in areas under military occupation by Russia.

7. Give visibility, media space and political support to people, groups and movements active for peace in Russia.

8. Promote an extensive academic exchange programme right from the start on the model of the European Erasmus programme, involving thousands of Russian, Ukrainian and post-Soviet students and lecturers. This point was proposed by the Rector of the Federico II University in Naples.

9. Promote and protect respect for international humanitarian law and human rights in all possible ways. Strengthen in our legal systems the principle of universal jurisdiction for the most serious violations of human rights, including with a National Directorate and ad hoc investigative structures on the model of the anti-mafia. Support the International Criminal Court in its action of investigating and prosecuting those allegedly responsible for war crimes and crimes against humanity committed since the beginning of the conflict and, where possible, for the same crimes committed before its beginning”.

10. Promote the creation of a high-profile international group of mediators, under the supervision of the UN Secretary General, including representatives of the Council of Europe and the OSCE, religious leaders, international political figures who have distinguished themselves in peace processes, and authoritative social, cultural and academic figures. In particular, those personalities should be chosen who have gained trust and credibility for their peace work in the post-Soviet space in recent decades.
Work for an immediate unconditional ceasefire in the coming days and weeks, and for an international conference for security and peace in Europe in which the deep-seated problems of the European space are addressed from a common security perspective. NATO is part of the problem, and will have to participate in the conference by assuming its responsibilities and changing its course of action so far.

11. Work as soon as possible for the complete denuclearisation of Europe, with as many states as possible joining the Convention on the Prohibition of Nuclear Weapons. Propose a nuclear-free portion of NATO territory in the future architecture of European peace: Italy, Germany, other countries that want to join the Convention to ban nuclear weapons.

12. Strongly accelerate the pace of the energy transition, substantially increasing the share of renewable energy in the national energy mix by next winter, and tending to eliminate gas and oil imports from Russia, and subsequently from other supplier countries. earmark a substantial part of the resources earmarked for military spending for the ecological transition, which today more than ever is a fundamental security issue.